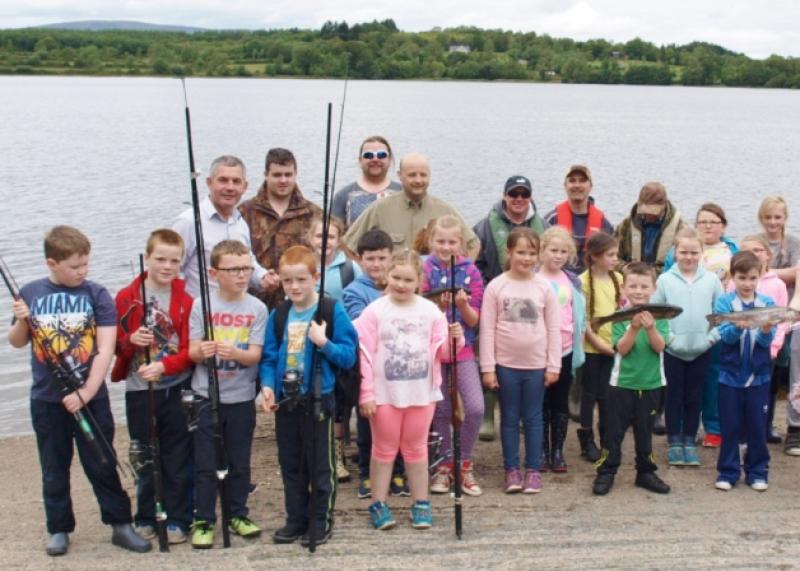 The National Parks and Wildlife Service of the Department of Arts, Heritage and the Gaeltacht and Inland Fisheries Ireland are investigating the cause of death of large numbers of dead freshwater crayfish, which have been found in the Bruskey/Erne River at Killydoon, near Ballinagh Co Cavan.

The National Parks and Wildlife Service of the Department of Arts, Heritage and the Gaeltacht and Inland Fisheries Ireland are investigating the cause of death of large numbers of dead freshwater crayfish, which have been found in the Bruskey/Erne River at Killydoon, near Ballinagh Co Cavan.

The kill affected White-clawed CrayfishAustropotamobius pallipes along a short stretch of the Bruskey River where over 600 dead crayfish were found. Fish and other freshwater animals are not affected. Preliminary results, using DNA analysis, indicate the cause of the kill is Crayfish Plague, a water-borne disease.

The situation is of concern to both Inland Fisheries Ireland and the NPWS. Investigations are being carried out to establish how the disease got to the Bruskey River and whether it has spread from the initial area of infection.

It appears that either the disease was accidentally introduced on contaminated equipment (e.g. wet fishing gear or boots or boats used recently in affected waters in the UK or elsewhere) or else that non-native species have been illegally introduced to the area and have now passed the disease to the White-clawed Crayfish.

If the disease outbreak was accidentally introduced on contaminated equipment, then containment may be possible, but if non-native crayfish have been introduced then the disease is likely to become established with severe and probably irreversible ecological impact on freshwater fauna and flora.

The NPWS and IFI are asking anglers and members of the public to take precautionary measures to help stop the spread of the disease. People are asked to alert the authorities to any reports of mass mortalities of crayfish, sightings of unusual crayfish (e.g. red claws, large size) and in particular to dry or disinfect boots or angling equipment before moving from one water to another.

The crayfish plague disease can be carried on wet equipment so all clothing and fishing gear that has been in freshwater must be treated with a disinfectant and then completely dried before moving to another area. This will avoid the accidental spread of the disease to other areas.

The White-clawed Crayfish is the only freshwater crayfish species found in Ireland. Throughout its European range, this species has been decimated by the impact of Crayfish Plague which spread to Europe with the introduction of North American species of crayfish. Until now, Ireland has been considered free of the disease and is the only European country without any established non-native crayfish species.

Many American crayfish species are resistant to Crayfish Plague, but can act as carriers of the disease which is rapidly fatal when passed to the White-clawed Crayfish. The combined impact of the introduced crayfish species (which may out-compete the smaller native crayfish) and Crayfish Plague have completely eliminated the White-clawed Crayfish from much of its European range, leaving Ireland as the last stronghold of the species. The species is protected under Irish Law and the EU Habitats Directive. It is illegal to introduce any non-native species of crayfish to Ireland.

If Crayfish Plague becomes established there is a high probability that the White-clawed Crayfish will be eliminated from much of the island.  Furthermore, if non-native crayfish are found to be established in Ireland, this could have a severe impact on habitats (e.g. destabilising canal and river banks by burrowing) and other freshwater species, such as salmon and trout fisheries.

However there is no evidence to date that non-native freshwater crayfish have been introduced to Ireland.