The Last Cast with Jarlaith Gallagher 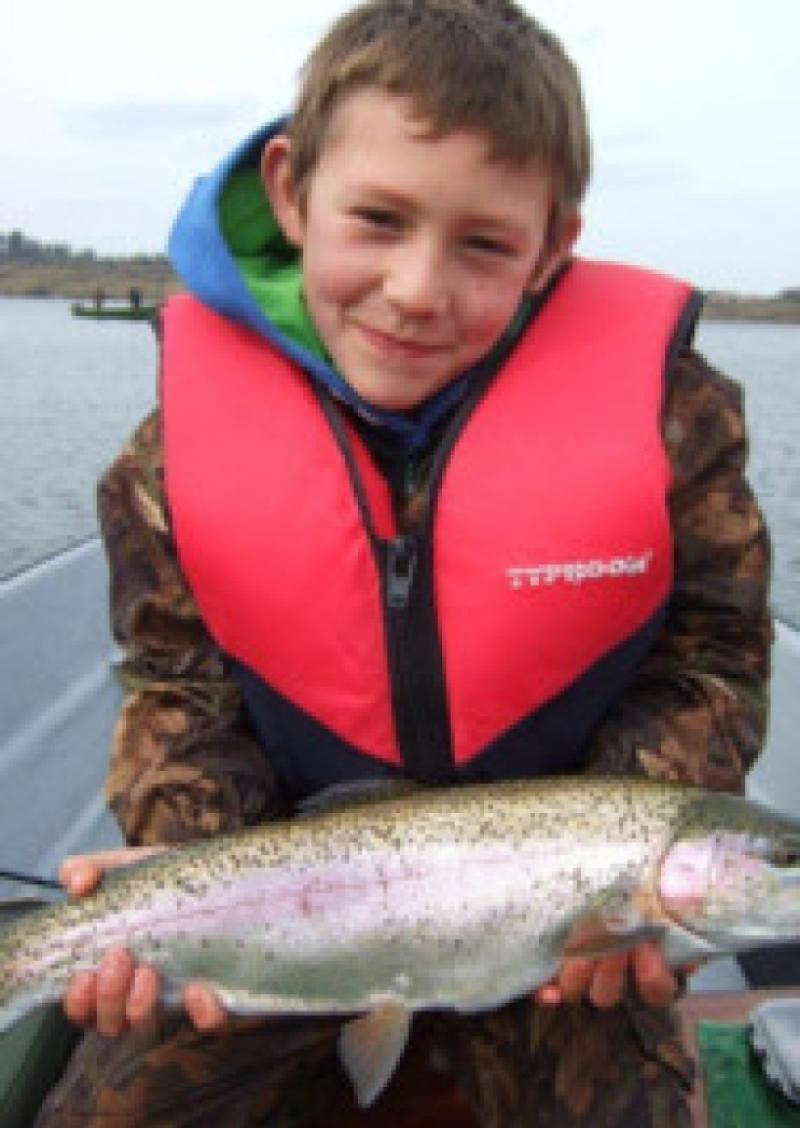 Sunday, April 7, was the day many of us in the club have been waiting for since last October 31. It was finally here, Opening day on Lough Rowan or as its known locally “Laura” Lake. The long wait was over, and now it was time to throw a line in the hope of catching a Lough Rowan bar of silver or gold.

Sunday, April 7, was the day many of us in the club have been waiting for since last October 31. It was finally here, Opening day on Lough Rowan or as its known locally “Laura” Lake. The long wait was over, and now it was time to throw a line in the hope of catching a Lough Rowan bar of silver or gold.

I grabbed the bike, the fly rod and headed out. The town was quiet apart from an alarm going off somewhere over Mullaharace direction. A black cat shot out from under a horsebox at McIntyre’s and slipped under Mulligans gate in a serious hurry. Somewhere in the back of my mind a small war broke out on the significance of this. Undeterred, I continued on my silent journey through the sleepy streets.

All was quiet apart from the trickle of the river and a noisy startled blackbird anxiously hopping around the bottom of the hedge. Cigarette finished, I said farewell to my feathered friend and headed for the final 10 minutes of my journey. From Canning’s to the lake is my favourite part of the journey. Hedgerows all cut to the quick by the hedge cutter, bare, bruised and wounded but festooned with small green signs of determination to rise again. A big dog is surprised by my appearance and lunges with set of dentals that would make Nosferatu envious, only to be thrown back by the force of the invisible electric fence that his collar just set off. I must admit it put a smile on my face, if not only for thinking why this the dog never learns.

I got to the lake, a mist carpeted the water and there was a slight ripple. It was early yet, and I was confident that the sun should burn this off over the next few hours. I set up my fly rod, chose a fly and headed down under McGaherns shore. As I walked down the lane, a few cars towing boats arrived and the air was soon full of excited chat and banter. I got to my chosen spot, waded out and watched the water for the tell tale presence of a feeding trout. The water surface broke with a little ripple just a few feet in front of where I was standing. I cast and slowly retrieved, then that familiar feeling of the line been viciously tugged, automatically I lifted into it and struck hard. I saw a flash of silver and the line stripped through my hand. I had my first Lough Rowan trout of 2013. After carefully playing the fish, I landed it, took a quick photograph and released it. That was the first of sixteen fish landed for the day. I released all but two, which were destined to be on the dinner plates of a couple of friends who like nothing better than a fresh Rowan trout. Flies that worked for me on the day were, gold head pheasant tail nymph, Mini muddler, and damsel nymphs.

I counted over 20 boats on the lake during the course of the day and the shoreline had its fair share of wading anglers also. Back at the slipway, I got talking to a few of the regulars and all were very positive with the days fishing. My old fishing buddy Val Fitzpatrick had caught a couple of very nice fish on buzzers and lost a good one at the net. Anthony Egan landed 6 fish, the largest coming in at 4.5lb. Overall the opening day was very successful and credit must be given to all those who ventured out for making it so.

March Winner of Fly Box & 40 Fly’s: The winner of the March prize goes to 8eight year old Charlie Richards who sent me this fantastic photograph and short story. Well-done Charlie! I also have to mention Jason Browne aged 6, who caught his very first fish out at red bridge, Lough Rinn (see photograph), who shall also be getting a special prize for his skill!

Keep your photographs coming in to be in with a chance to win the April prize! Dunfly.com have kindly put up a very worthy prize of a fly box with forty flies included. The winner shall be judged by myself and awarded to the best photograph of your catch, accompanied by a short description of the methods used and the thrill of the fight! (max100 words). This is a fantastic chance to relate your “Tall tails” to interested readers and to boost your fly collection. Please submit all entries with photographs to iarlaith66@gmail.com; the prize shall be awarded each month with the prize-winning story and photograph will also published. Make sure to include your name, address and phone number. Dunfly.com also have a special offer for readers of the column, a fantastic 10% discount on all orders over £10 sterling! To avail of this offer, simply go into Dunfly.com website and when ordering make sure to use this special ordering code (leit10).

That’s all for this week and until next time………. tight lines.