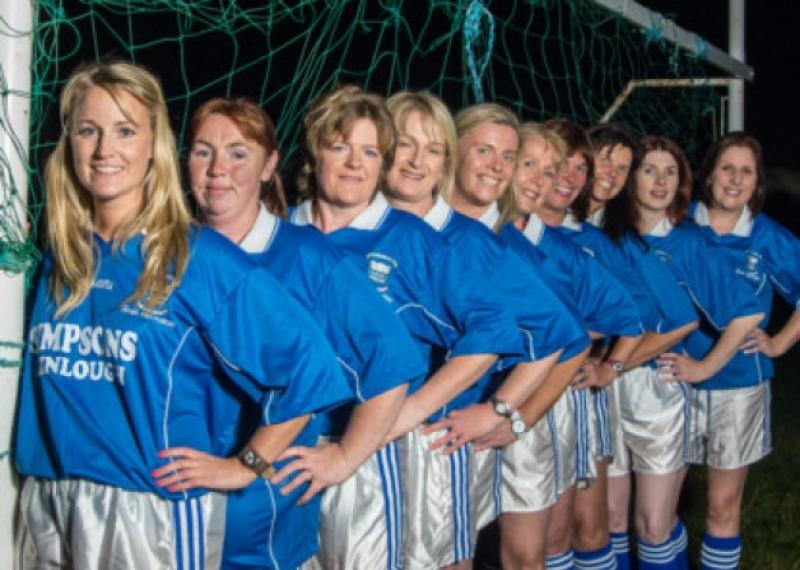 Melvin Gaels ‘Gaelic for Mothers and Others’ group have won a nationwide competition and will play an exhibition game in Croke Park on the day of the All Ireland Ladies football final on Sunday. This Sporting Life - Colin Regan

Melvin Gaels ‘Gaelic for Mothers and Others’ group have won a nationwide competition and will play an exhibition game in Croke Park on the day of the All Ireland Ladies football final on Sunday.

It’s a fairytale finale to a journey that started with a few friends wanting to get more active and have some fun. It’s widely known that girls – young and old – don’t tend to participate in as much physical activity as their male counterparts.

Many campaigns have been designed to try and address this imbalance and in 2008 the Ladies Gaelic Football Association rolled out their Gaelic for Mothers campaign as part of a wider nationwide ‘Women in Sport’ initiative.

One day it was being discussed on RTE’s Afternoon Show and its aspiration of fun skilled-focused activity in a non-competitive environment really appealed to some of the ladies around Kinlough who would rather do lunges than lunches. They decided to try a six-week trial period. All they needed was some coaches.

Now pay very close attention if you are considering trying to set up a similar scheme in your club.

The success of the Melvin Gaels experience can be found in the next sentence. The then club secretary Ciara Barrett managed to recruit two of the region’s finest young male specimens to take the training: Leitrim inter-county star Paul Brennan and Melvin Gaels midfield maestro Stephen McGurrin, also lead singer with local rock band Stonefree.

Word soon spread and as the number of ladies grew (including a few ‘others’ as well as ‘mothers’) at each training session Daniel Branley was also taken onboard to lend his considerable charms to the operation.

Seriously though, while the lads are easy on the eye, their real talent was in creating a fun, friendly and welcoming environment where everyone felt at ease and comfortable regardless of their sporting prowess and physical ability.

Paul’s inter-county commitments meant his time was limited while Stephen and Daniel became constant companions for these ladies as they laughed their way through various drills and games in Pairc Gael na mGeilge over the past three years.

Currently, Melvin Gaels is the only club in Leitrim promoting this excellent programme and they would love to see other clubs in the county getting involved and sharing in the positive social and physical benefits.

The initiative has had unforeseen advantages too. Many of the women have undertaken the Foundation Award coaching course this past year and are now involved in coaching under age teams in the club.

More women are invested in the club and can be called upon to assist in many different capacities; for example a family fun day was organized by the women last summer while they are in the process of organising a mixed 7-aside blitz as a fundraiser for the club’s Bord na nOg.

For the women themselves, it’s the social aspect they speak most fondly of. I’ve seen it myself – there’s something special about the connection formed between those who come late to sport.

I’ve watched – and heard – their boisterous training sessions and fun is the key component. (We men tend to take sport a little too seriously at times.) The women are aged from 20- to 50-years-old. It’s a sociologist’s and health promoter’s dream scenario!

As one of the participants put it, “for those of us who have children we provide a shining example of the importance of exercising throughout life. Most of all we have great craic as we learn to solo, catch, hand pass, punt kick. It is no exaggeration to say that we laugh through our weekly training sessions.”

Suffice to say that the women of Kinlough and surrounding areas have responded to this initiative with boundless enthusiasm.

As Anne McGloin, one of the ladies explained: “Gone are the days of standing sedately on the sidelines cheering on the menfolk, washing endless jerseys, making tea and sandwiches. The intangible joy of donning a jersey and chasing madly after a ball on a green rectangular field has been discovered and we love it!”

Unfortunately key team member Antoinette Ryan is unable to participate in the exhibition game in Croke Park due to previous commitments; she will be sorely on the big day.

Meanwhile, former county championship winning manager Billy Gavigan has agreed to train the team as they prepare for the biggest game of their lives.

Best of luck on the big day ladies, you’re a credit to the club and Leitrim. I know I don’t have to tell you to enjoy yourselves.

• The women train on Wednesday evenings at 7pm in Melvin Park. New members always welcome. Contact Anne for more information on 087-1337968. Alternatively, if any club is interested in setting up their own programme contact Paula Prunty, Games Development Officer, LGFA 01 8363156.