Where to start after a busy week 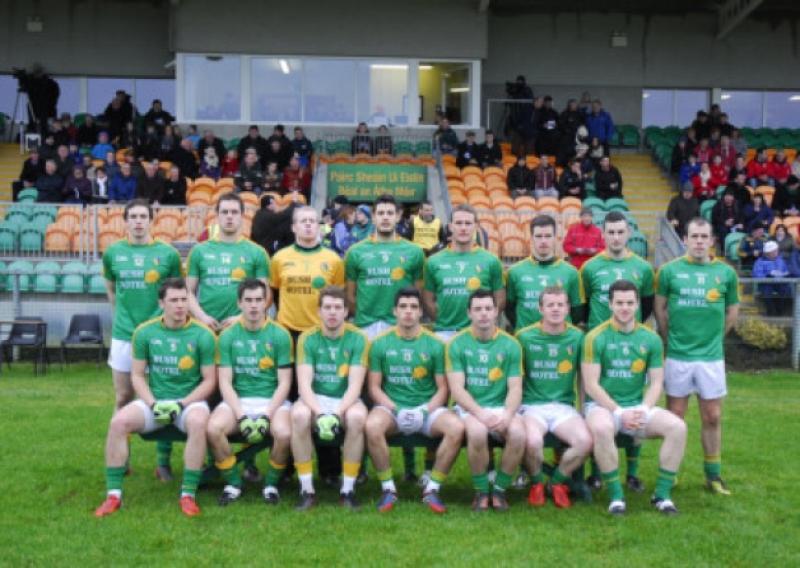 Occasionally you sit down to write a column and you wonder what you’ll write about. This week it was a case of wondering will I be able to cover everything. Should I start with Leitrim’s fine result against Sligo gaining them a place in the FBD final for the second year running?

Occasionally you sit down to write a column and you wonder what you’ll write about. This week it was a case of wondering will I be able to cover everything.

Should I start with Leitrim’s fine result against Sligo gaining them a place in the FBD final for the second year running?

I’m always conscious of giving too much coverage to the lads and the GAA in general, but it’s what I know best and the team remains so close to my heart.

The panel and management made the right calls at the right time. A sucker goal just before half time – especially when it gives the opposition a six point lead – often wins games. Leitrim didn’t panic and with Mulligan in the sort of sharp-shooting form he’s displaying at the moment we were always capable of reeling Sligo in.

The introduction of Wayne McKeon gave the side great impetus while placing Mossie Beirne on the edge of the square delivered the result the decision intended with a three-pointer at a vital stage.

Fergal Clancy and Ray Cox are flying and while the defence struggled against direct ball, there is clear potential there while Paul Brennan is becoming the brave-heart of the team.

Again Darren Sweeney steadied midfield from the bench – making an immediate impact with a point from goal – and the ability to absorb the absence of both Kevin Conlon and Rob Lowe (both on holidays) augurs well for the depth of the panel.

Interestingly, while the side seemed to fade against GMIT in the first game they have finished the past two games on the front foot.

Whether the final against Roscommon offers victory or defeat, at this stage of the season the performance is king. It would be nice if that performance brought a win, mind you.

I was also thinking maybe I jump straight in with my support for Colin Griffin following his thoughtful and insightful interview with the Irish Examiner last week calling for the creation of a GPA-type elite athletes’ representative body to ensure they are not just cogs in the wheels that keeps on turning in pursuit of medals regardless of the human side of things.

Colin knows both sides of the various coins found in the pocket of any elite athlete that is willing to put themselves out there and put their lives on hold for the sport they love: great success and devastating defeat, the public pressures of international competition and the private struggles of simply making ends meet; the drowning cheers of the support-lined streets and the deafening silence of the road back from injury; seeing your Olympic qualification dream come true only to be turned into a nightmare by the waving hand of an walking umpire.

The funding model that exists for carded athletes in Ireland – and the apparently unpredictable nature of its management and selection process – leaves athletes who have given their country the best years of their lives in a dangerously vulnerable position year on year.

I don’t know the nuances of the system intimately enough to offer a solution, but I know the best people to ask are those who have gone through it – the athletes themselves. There was much apprehension following the creation of the Gaelic Players Association but in time the body has shown itself capable of assisting in the development and betterment of inter-county players both on and off the field, and consequently, the GAA as a whole.

In any discipline and sports association, the athlete/player must be at the centre of all decisions made.

While Colin may be taking a break from competition this year to focus on his new business (see altitudecentre.ie) he is still impacting positively on Irish athletics through his coaching and his desire to improve the landscape for future athletes.

I am already running out of words and I haven’t gotten a chance to discuss the fantastic Coaching Conference in Croke Park earlier this month, the inspiring event I attended last week in the Borris-in-Ossory Kilcotton Club where Brent Pope opened his heart and won over a crowded room with his honest tales of his struggles with anxiety, or the gripping documentary ‘The Summit’ on the failed attempt to scale K2 in 2008 which cost 11 lives, including Limerick mountaineer Gerard McDonnell.

But the good thing about writing a column is that there is always another week just around the corner. See you all in Pairc Sean.