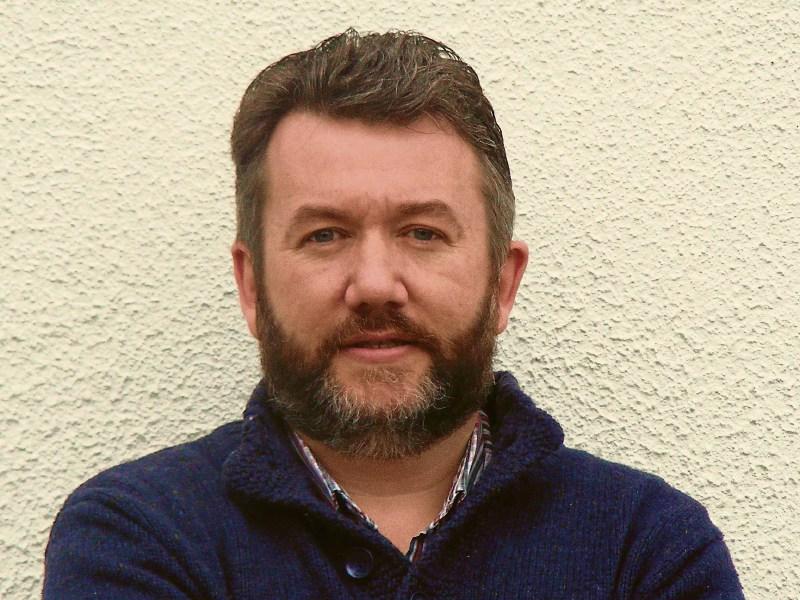 Possibly best known for the success of its Corn Mill Theatre Group, as well as being the birthplace of Margaret of New Orleans, Carrigallen has another reason to celebrate, as one of its natives launches his first book.

Published by Austin Macauley, ‘The Whole of the Moon’ is the debut novel by Kevin McManus.

Reared and educated in Carrigallen, Kevin lives outside the village now with his wife Mary, and he explained that his teachers in the local Vocational School he attended were extremely supportive and encouraging, mentioning in particular Eamon Daly and Walter Sharpley.

A History and Geography teacher at Drumshanbo Vocational School, Kevin told the Observer that he has had a number of historical articles published in the past, but that ‘The Whole of the Moon’ is his first work of fiction.

“The novel is set almost thirty years ago, so I suppose one could say it is a type of historical fiction. Although more correctly, it fits into the genre of crime fiction, I believe,” he pointed out.

Crediting Donal Ryan and Michael Harding among his inspirations, Kevin revealed that the book was largely shaped by his own experiences and encounters growing up in rural Ireland in the 1980s.

Set in the fictional town of Ballinastrad and its rural hinterland in Co Sligo during the winter of 1988 - 1989, the story follows 27-year-old Conor Doyle, who is reunited with his close friends Darragh Lonigan and Sarah Gallagher after returning from London for the Christmas holidays.

Outlining the plot, Kevin began; “The story revolves around the brutal hit and run and subsequent death of a well-liked man called Tom Kearns from the area during the days leading up to Christmas.

“Conor dreams of finding a reason to stay in Ballinastrad. However, the dream is shattered and a nightmare begins when he gets entangled in the murder investigation that follows on from the aforementioned hit and run.”

As well as an engaging plot, the heart of the story lies in the relationship between Conor and his life-long friend Darragh, who remained very close despite their differing backgrounds.

Another fascinating element of the book is its references to popular culture at the time, including the Waterboys' classic song after which the book is named.

The official launch of the book is in Charley Farrelly's Bar in Carrigallen on March 5 at 9.30pm. There will be book signings in Kinlough Library on March 4 at 6pm and in Ballinamore library on March 12 at 3pm.

The book is available to buy in The Reading Room in Carrick-on-Shannon and all major book websites including Eason and Amazon.