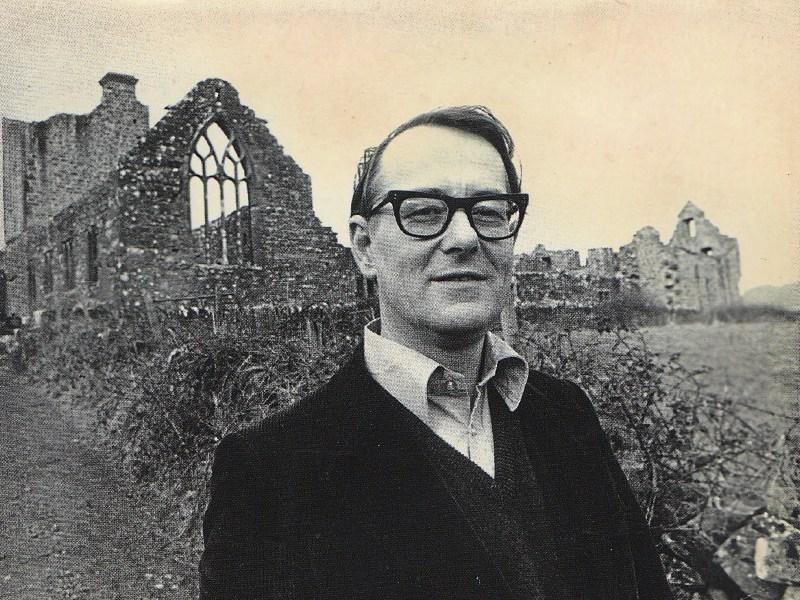 Hundreds descended upon the picturesque village of Dromahair last weekend to pay their final respects to renowned journalist, James Downey who was laid to rest in his native village on Saturday afternoon last.

Throughout a lifetime working in the printed press, Jim as he was known by family and friends, became known as one the most respected voices when commenting on Irish political matters.

Having started his career with the Sligo Champion he later moved to the Carlow Nationalist before moving to the Irish Times where he became London editor and later deputy editor.

He was controversially overlooked for the editor's position in 1986, something he wrote about in his book, 'In my own time' which was published in 2009.

He later moved to the Irish Independent where his weekly column offered an insight into the inner-workings of all things related to the Irish political system.

His love of news was always palpable as his appetite to learn could never be fully satisfied but he was also as eager to share his vast knowledge with others as his daughter Rachel referred to when paying tribute to her father at last Saturday's funeral.

Jim's love of learning saw him travel to all corners of the globe, including Croatia which was then part of the former Yugoslavia. During the funeral mass Fr John McTiernan referred to the day he departed from London for Croatia when he was asked for a lighter by a woman named Moira Stevenson. Although she was advised to stay away from Irish men, Moira and Jim fell in love and would have celebrated their 53rd wedding anniversary last Thursday, the day after Jim's death.

While he had become an adopted Dub and having seen much of the world, there was no doubting Co Leitrim retained a very special place in his heart. Visits to Dromahair were always an important part of his busy schedule and a trip home was never complete without a visit to Glencar.

Tributes were led by President of Ireland, Michael D Higgins who said, “He will be remembered as one of Ireland's most committed journalists and editors and as having made a lasting imprint on journalism through his deep knowledge of the world of news and public affairs.

“In his career as a journalist in Leitrim and Dublin, James Downey showed a continuing concern for the public interest and transparency. He was driven by a strong belief in the power of information and the need for critical analysis to further political accountability.

“Sabina and I extend our heartfelt sympathy to his wife, Moira, his daughters Rachel and Vanessa, his siblings and family and his large circle of friends."

Also in attendance at the funeral were friends and colleagues from the worlds of media and politics.

While always keen to keep abreast of all new developments, the fact that he was 'trending' on Twitter after his passing may be one of the few things that would have gone over Jim's head. Among those who paid tribute on social media were Séamus Dooley, Irish Secretary NUJ, Irish Independent editor Fionnan Sheahan, Matt Cooper and Cathal Mac Coille.

On a day of beautiful sunshine, Creevelea Abbey looked its finest and visitors to the area become wiser as to why Jim had chosen the Abbey as his final resting place.