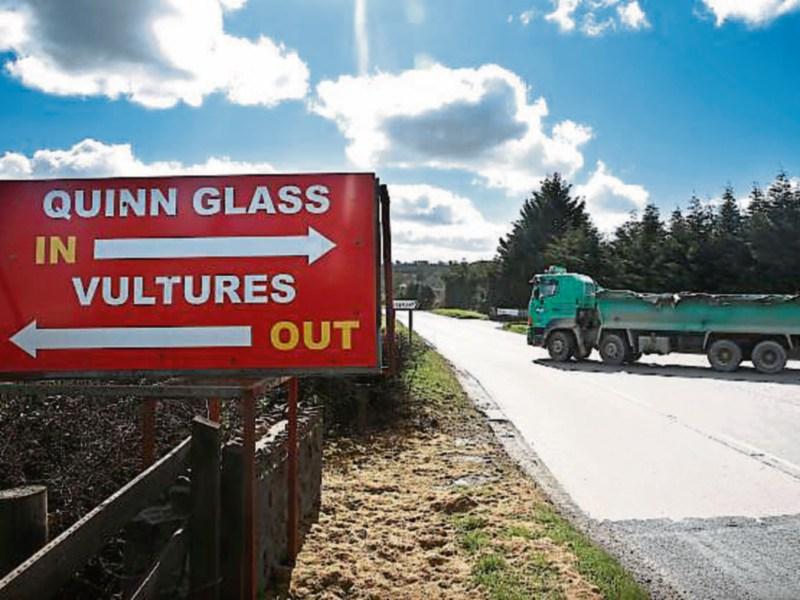 Attacks, intimidation and unrest continue along the Cavan-Fermanagh border at the former Quinn business.

At the weekend, PSNI investigated a “loud bang” at the offices of Quinn Industrial Holdings Limited in Derrylin.

The PSNI said the incident reported to have “shook buildings” and occurred in the vicinity of the Ballyconnell Road at 10.30pm last Friday night.

Officers have carried out extensive enquiries and a police helicopter was deployed, however at the time nothing untoward was found.

This incident comes a week after the owner of a crane hire company was forced to remove his equipment from a wind farm once owned by the Quinn Group before it was “burnt to the ground.”

There were also reports that a pig’s severed head was left outside the home of a senior member of QIHL in the past weeks.

The Sunday Business Post disclosed figures at the weekend showing attacks around the Slieve Rushen and Snugborough wind farms are taking place nearly every week.

The attacks range from stones being used to block access, spikes placed on the road, contractors being harassed and bullets sent to a contractor.

The former owner of the windmills and businesses, Sean Quinn, condemned the intimidation acts recently, saying, “They are in nobody’s interest, and are certainly not in the interests of me and my family. Whilst I appreciate that the local community is very hurt, I believe that the comments on the signs in question are totally unacceptable and I note that they have now thankfully been removed.”

He did note, “However, I am but one voice, and I feel that other people that operate within this community should play their part also.”

The former tycoon also revealed he is in “commercial discussions” with the US investor group which involves the management of QIHL.

QIHL released figures last month showing a €5.8m profit last year. This shows great success on the back of the year previous, where the company had a loss of €14.6m.

QIHL said it had increased employment in its facilities by 13% in the last year and average salaries were up over 5%.