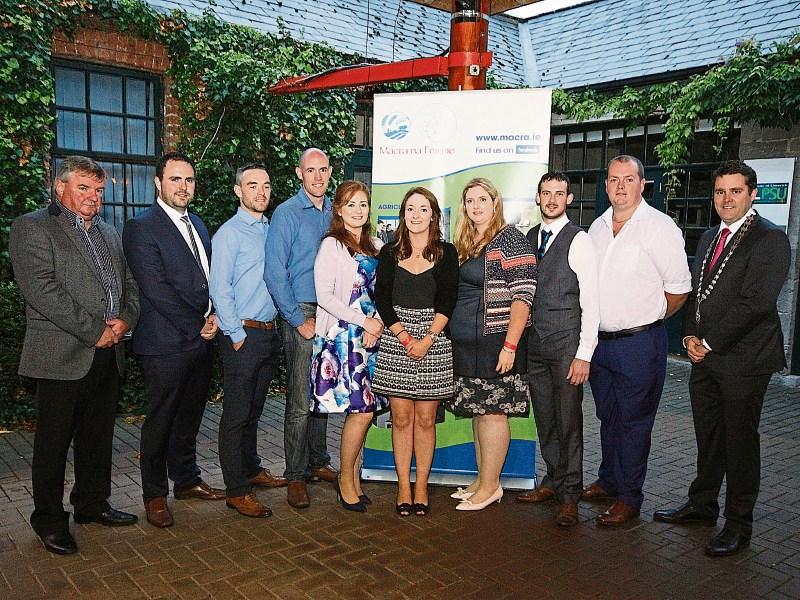 Leitrim Macra members had plenty of reason to smile at the Leadership Distinction Awards held recently at University Limerick.

53 young people from across the country received Leadership Distinction Awards at the event held as part of Macra's county officer training weekend in association with ABP Food Group Ireland.

The scheme recognises the hard work and achievements of county officers working on a voluntary basis within Macra, with gold, silver or bronze awards being presented to those who achieve pre-set targets and an interview to determine their leadership development.

A gold award is the highest level that can be secured by a county officer, and makes that person eligible to be considered for a Macra National Leadership Award or to participate as a Macra representative on a number of overseas seminars, including the European Rally for rural young people.

Mr Finan said, “The awards scheme recognises the achievements of county officers working on a voluntary basis within Macra. Congratulations to all our Leadership Distinction Award winners who were recognised for their leadership ability and dedication to their clubs, their counties and to the national organisation”.

Officers can now apply to be recognised at next year’s awards ceremony. It is a requirement that officers have been in attendance at national training within the last two years to be eligible to apply. The closing date for applications is October 21.

Application forms can be downloaded from the Macra website. Macra’s Leadership Training Programme is supported by the Department of Education under the National Development Plan.

It aims to provide members with the opportunity to develop the knowledge, skills, and attributes necessary for a leadership position.