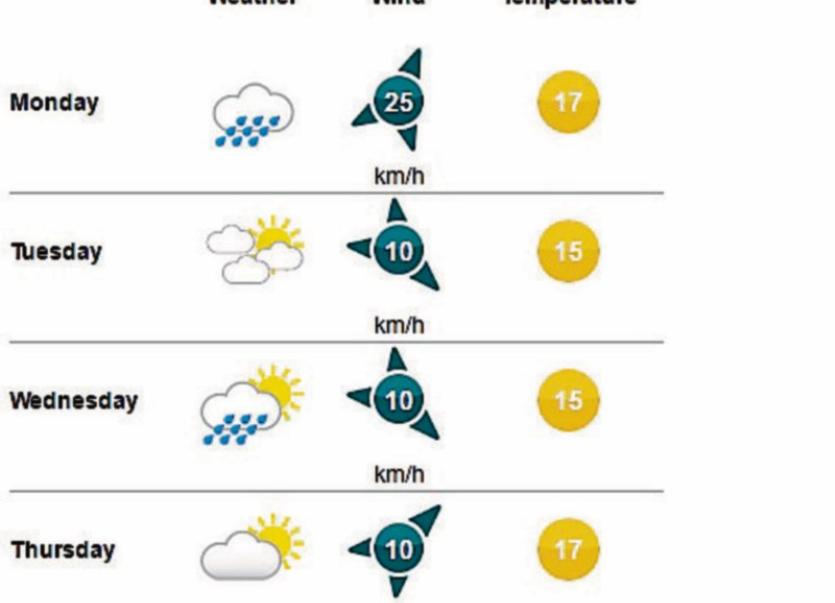 Rain is heavy this morning in Leitrim, but Met Eireann says the rain will gradually clear eastwards during the early afternoon, with some bright spells following into the west. Highest temperatures of 15 to 17 degrees with moderate to fresh and gusty southerly winds, backing southwesterly during the morning and moderating, decreasing light during the afternoon.

Tonight will be mainly dry tonight with some clear spells, though becoming cloudy in eastern parts, with a risk of some rain here for a time. There's a risk of some mist and fog too. Lowest temperatures of 10 to 13 degrees in mostly light northwesterly breezes.

Tomorrow is expected to be cloudy with a few bright spells, although it will be mainly dry. Highest temperatures of 15 to 17 degrees in light to moderate northwest breezes.