Promoting our waterways for all 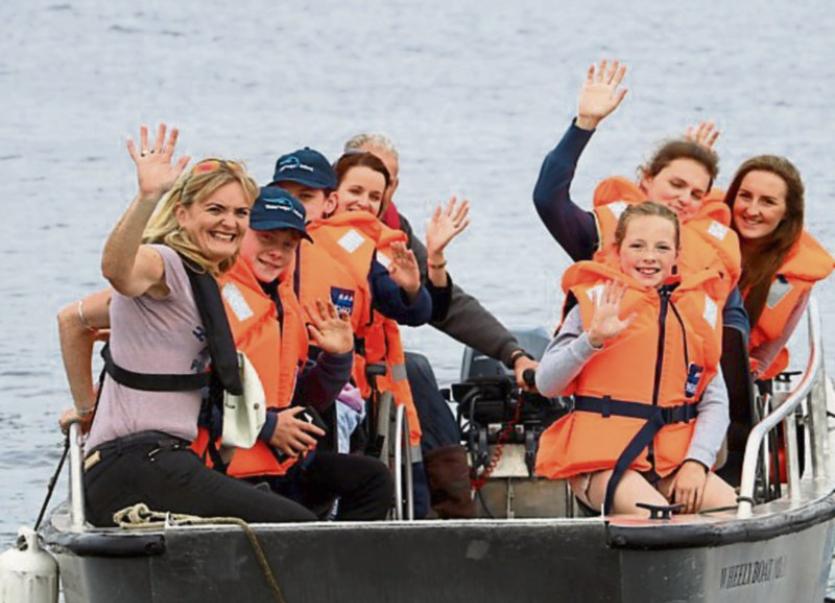 Access to Ireland's over 1,000 km of lakes, rivers and canals, can be something that many of us take for granted.

The fact that we can just hop onto a boat and cast off on a journey of exploration is a real joy.

It is this feeling of joy that Inland Waterways Association of Ireland (IWAI) Carrick-on-Shannon aimed to share through the Carrick Cares Day event.

This year the event took place on August 27 at Lough Key Forest Park in Co Roscommon.

This event introduced the waterways to some very special guests, many of who were wheelchair bound or have other special needs. For many of the visitors, Carrick Cares Day provided an opportunity to partake in water based activities, an opportunity that might not have been available otherwise.

The idea, originally conceived by IWAI Carrick members, Tom Meegan and Linda Garland, has gone from strength to strength since its inception in 2011.

For the past five years, IWAI Carrick members along with members from other IWAI branches give their time unselfishly to participate in the Carrick Cares Day.

The event also enjoys the support of Waterways Ireland and the location this year, of Lough Key Forest Park provided the perfect setting for the Carrick Cares Day event.

IWAI members spent the day prior to the event, erecting tents and assembling BBQs and tea stations. Others baked cakes while more spent time ensuring areas were totally accessible for the invited guests.

Participants began arriving mid-day and over 100 guest and helpers arrived from various care Centres including the Brothers of Charity, Boyle. They were also joined by members of the Irish Wheelchair Association with branches from Sligo, Drogheda, Athy, Carrick-on-Shannon and Athlone all taking apart.

As well as trying their hand at fishing and taking the opportunity to cruise the lake, participants also experienced a trip in open wheelchair adapted boats and explored the beauty of Lough Key Forest Park and all it has to offer.

In total 19 fish were caught, 186 burgers enjoyed and copious amounts of tea, coffee and homemade cake were consumed.

Live music topped off the day for all the guests and volunteers.