Call to 'Back the Bill' today 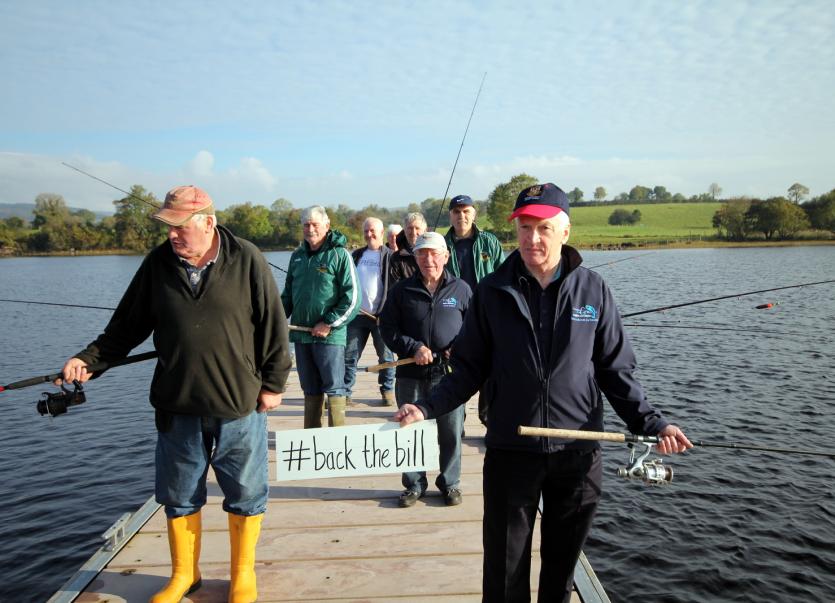 “Time to make history” say Love Leitrim as an important bill to prohibit fracking in Ireland will be brought to the Dáil by Sligo-Leitrim TD Tony McLoughlin today, Thursday 27th.

Deputy McLoughlin said the bill will not be discussed until after 6pm today.

The threat of a local fracking industry has been looming over counties Leitrim, Cavan and Fermanagh since 2011 and huge significance has been placed on this private members' bill which will be debated in Dáil Eireann on Thursday, in the second stage of the legislative process.

Last weekend saw a flurry of activity and high profile support for the prohibition of hydraulic fracturing in Ireland.
Bianca Jagger and Glen Hansard supported a Twitter storm that trended nationally.
A flotilla of canoeists, stand-up paddlers and anglers also took to the water on Lough MacNean to support the 'Back The Bill' campaign.

Anyone with a presence on social media cannot miss the flood of posts, comments and shares of support for the ban.
Eddie Mitchell of Love Leitrim told the paper, “This is our time to make history. This is what we’ve been aiming for, a ban in fracking.” He said, “We have an opportunity to forge a terrific legacy for the country together!”
The bill comes this week after an independent report found fracking has a “significant potential” to contaminate Irish waters.