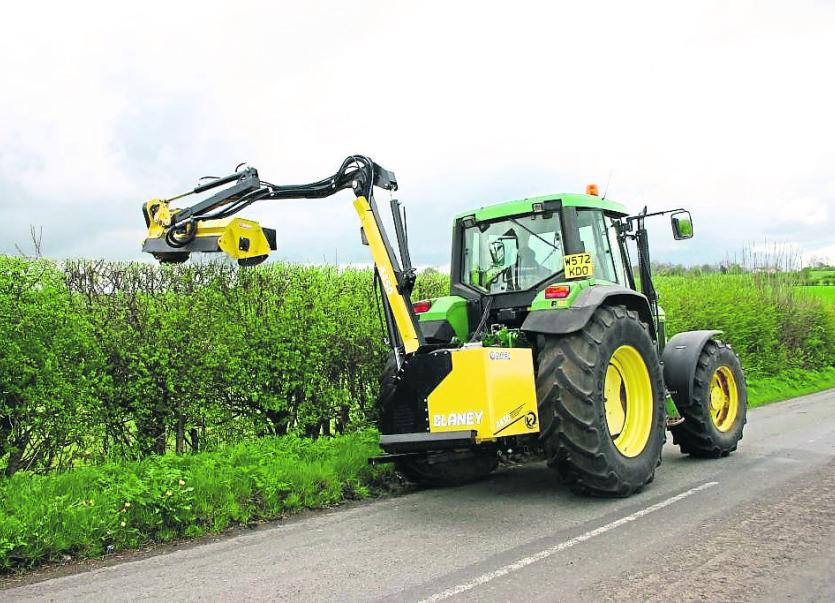 Landowners urged to cut back and maintain hedges and trees along public roads,

Leitrim County Council says landowners are legally responsible for overgrown roadside hedges and inferred they could be liable for any damage to vehicles due to hanging trees on public roads.

The issue of overgrown hedges on local Leitrim roads is not going away, with Ballinamore and Manorhamilton area councillors insisting the seriousness of the issue to everyday road users.

Cllr Felim Gurn informed the council that a number of bus companies have lost their wing mirrors on R286 Shriff road which serves as a feeder road to the R288 road to Sligo by Lough Gill.

To illustrate the seriousness of the issue, he stated “one of them is on about withdrawing services” unless remedial action is undertaken by either the council or whoever is responsible for removing the overhanging trees and bushes.
He called on the council to undertake urgent maintenance work on overgrown hanging trees which are causing damage to vehicles.

The council said they will try and establish the names of the landowners with hedges that are a hazard to road users and will write to the land owner under the Roads Act instructing them to cut/ maintain the hedges/ trees.

In the Ballinamore area, Cllr Caillian Ellis once again brought up the issue of hedges.
As a school bus driver, Cllr Ellis said he has to deal with the issue every day.
He told the council his “phone is busy” answering queries from people who have had their wing mirrors or vehicles damaged by overgrown hedges. He insisted that this is a “very serious situation.”

Leitrim County Council officials again reiterated that cutting and maintaining hedges is the responsibility of landowners.
Cllr John McCartin asked whether people could take recourse against landowners for damage and the council said they believed this is a possibility, as landowners are legally responsible for the maintenance of roadside hedges.The council said if they know landowners with overgrown hedges, they send out notices instructing them to maintain them.

Independent Councillor Gerry Dolan voiced his dismay at the difference in work by hedge cutting contractors in the county.
He said some contractors barely touch the hedges, while others take a number of metres off.

Cllr Paddy O’Rourke said the issue of hedges is talked about every year in the county “with no inroads being made.”

Cllr Brendan Barry proposed Leitrim County Council bring in a grant scheme similar to Co Clare where a group of residents or landowners apply for a grant for hedge cutting and the council set out the exact dimensions of the works.

Changes to the current legislation around the dates hedge cutting and gorse burning are allowed may not happen until after Christmas as the Heritage Bill has yet to be reintroduced to Seanad Eireann.
The changes are to allow managed hedge cutting, under strict criteria, during August to help ensure issues such as overgrown hedges impacting on roads can be tackled.