Over €10,000 raised for Mellon Educate in Carrigallen 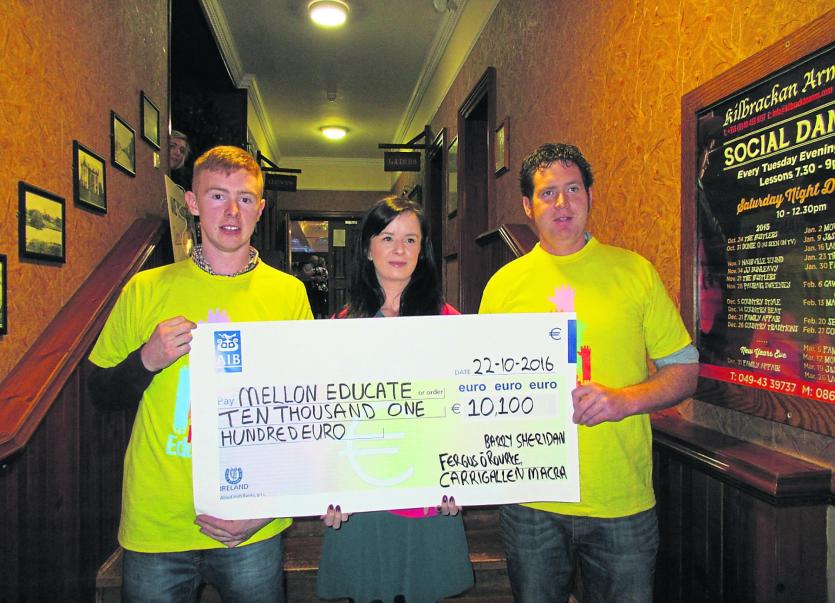 Fergus O'Rourke and Barry Sheridan are making the trip to Cape town South Africa as part of a group of 260 volunteers who are travelling to South Africa with Mellon Educate an Irish-based African development charity. This year the volunteers have an ambitious project, of building a new school with 13 classrooms to cater for 2600 children. The trip is taking place from the 4th to the 13th of November next.

Initially it was Fergus who signed up to volunteer, but “given the phenomenal level of support and generosity of people, two volunteers are now able to go,” he told the paper.

Fergus thanked all the businesses who donated such fantastic prizes to the Agricultural raffle.
He also thanked all the people who bought tickets for the raffle, gave donations, and attended the fundraiser night in Carrigallen “because without their support none of this would be possible.”

He paid tribute to his friends and family for all their help and encouragement and in particular his colleagues in Carrigallen Macra na Feirme who “put in a massive effort from selling raffle tickets to acting in the mock wedding and every person involved in any way should be so proud of themselves and what has been achieved,” he stated. He also thanked all the other Macra clubs within the county and beyond for their help and support of this worthy cause.