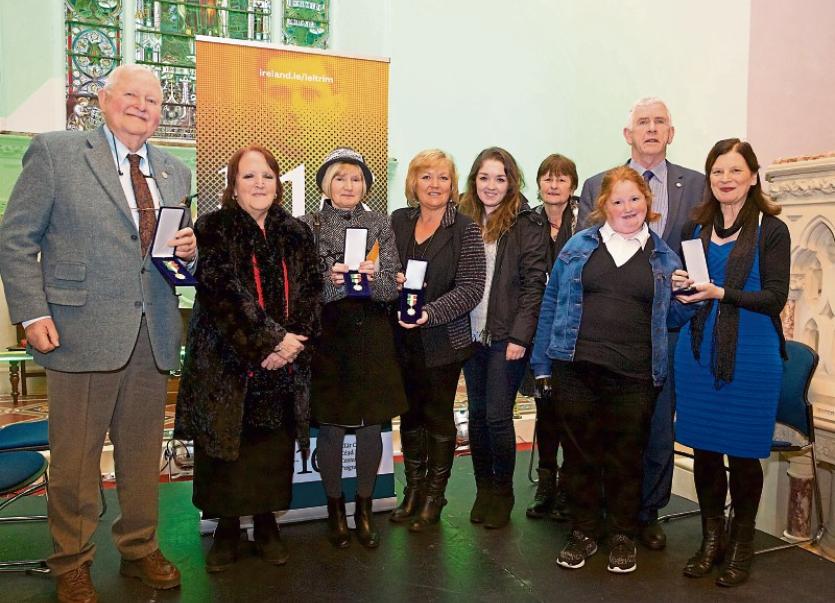 “The people of 2016 will be amazed by the number of events held to commemorate the centenary of the Easter Rising in Leitrim,” stated RTE presenter Carole Coleman as she drew the curtain down on the 1916 celebrations in her home town.

Carole commented that 2016 was a “great year to be from Leitrim” as the nation remembered the seven signatories and all those who fought and died in Easter week 1916.

The event showcased and recognised the various community events held all over the county. Leitrim Tourism launched a video combining events from throughout the year while community representatives were presented with certificates.

Colm Galligan who accepted the medal on behalf of his father Paul who fought in 1916 said the family were “very grateful to the citizens of Leitrim and especially Carrigallen for remembering our father.”

Cathaoirleach Mary Bohan, Chairperson of the 1916 Centenary Committee, and Joseph Gilhooly, LCC Director of Services, spoke at the event and thanked everyone for their contribution.

Next week the Leitrim Observer will publish more photos and stories from the event.