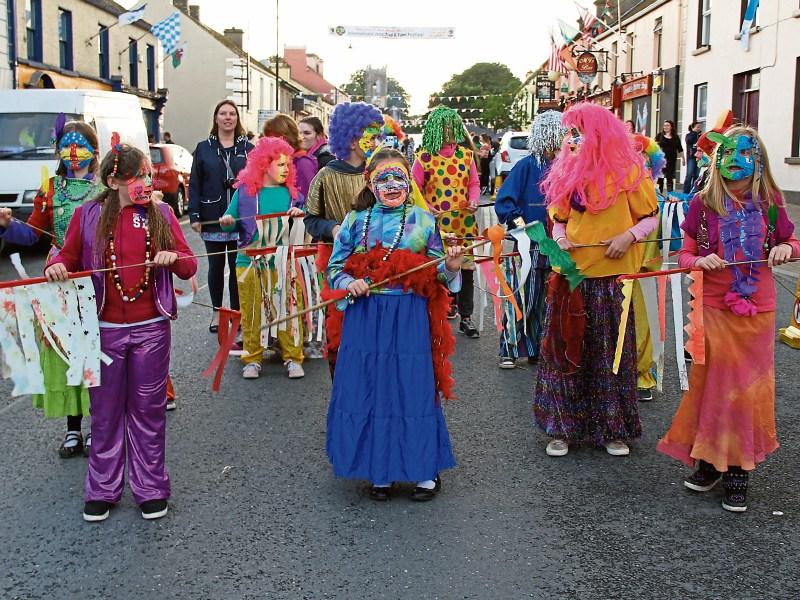 The local Carrigallen arts group performed during a parade in Carrigallen as part of the town's Mardi Gras festival.

As the Leitrim County GAA Senior team bowed out of the Championship following a heavy defeat to Sligo, we contemplated the proposed €8.75 million flood works put forward for the county in July.

In the fall out of the Brexit vote in June, Leitrim County Council backed a motion for a Border Poll on United Ireland.

As a border county there were fears on both sides that a 'hard border' would bring many implications for businesses and locals.

House prices continued to rise with properties in the county increasing on average 20%.

Approval for turfcutting returned to three bogs in the county, Cloonageeher Bog on the Leitrim- Longford border, Corracramph Bog and the Rinn River Bog were all de-designated after a long fight by local turfcutters and bog owners.

In Mohill the closure of the Special Needs Class by the Department of Education took place following no new enrolments, which had originally been located in Drumshanbo.

The weekend of July 16-17 was a sad one for the county after a body was recovered from the Shannon in the county town and a young man died in a car accident.

Colm Boylan from Co Meath had been attending a stag in Carrick-on-Shannon when he became separated from his group.

Gardai launched a search and his body was found in the river near the Boyle Road slipway by members of the Garda Sub Aqua Unit.

In a separate incident a Dublin man, Ger Doolan (40) sustained serious injuries during an assault in Carrick-on-Shannon over the weekend.

On the same weekend Joseph Reynolds of Garvary, Moyne Co Longford lost his life after the car he was a front seat passenger in crashed into a tractor at Cloonart, Bornacoola at 11.50pm on Sunday, July 17.

Mid July reported lucky escapes for local motorists when a vehicle crashed between Carrick-on-Shannon and Drumshanbo on July 15 and the car caught fire. thankfully no one was seriously injured.

In Manorhamilton, a woman was lucky not to receive any injuries when fuel caught fire as she was filling her carl.

Results of the most recent Census were revealed in July and it found Leitrim's population had grown by just 174 people in five years.

The census prompted Manorhamilton Municipal District Councillors to say North Leitrim “is dying” as the population of the area is decreasing.

Glenade and Arigna were the only two areas to show an increase.

At the end of July it was revealed that works to prevent flooding could cost in the region of €8.75m according to the Draft Flood Risk Management plan.

At the end of July with 1916 commemorations closing, Leitrim started it’s countdown to the 100th anniversary of Selton Hill which will be in 2021.

In the UK David Cameron left Downing Street after six years in office, and the UK got their second female Prime Minister as well as a new government.