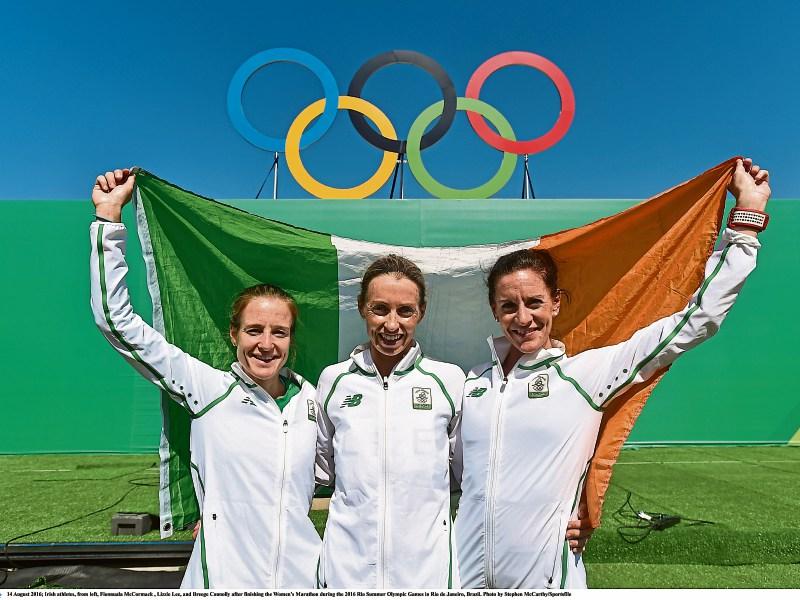 August was the month of good news for Leitrim with an €11.1m winning lotto ticket sold in Kinlough, 200 jobs announced for VistaMed Carrick-on-Shannon and Breege Connolly running in the Olympic Games.

The €11.1m lotto ticket was sold in McGowan’s Spar in Kinlough on August 20. The story caused much excitement in the county, especially in North Leitrim. Everyone was a suspected winner, anyone could have won it, speculation was rife!

In the end it was a syndicate that won, believed to be local. It was the good news story we had been waiting for.

At the end of this month, Carrick-on-Shannon welcomed 200 new jobs to VistaMed.

The jobs which are expected to be filled by the end of 2018 were announced along with the official opening of a state of the art research and development facility in Carrick-on-Shannon.

The company are already employing 300 staff between Rooskey and Carrick locations. Recruitment is continuing. The company expanded the Carrick facility by 45,000 sq feet. Minister for Jobs, Enterprise and Innovation Mary Mitchell was in Carrick for the announcement.

Leitrim was represented on the world’s stage as Kinlough’s Breege Connolly ran the Olympic Marathon in 2:44:41 and finished in 76th place.

She called it “The best running week of my life.” There were large celebrations in Kinlough and the whole county beamed with pride.

In politics Fine Gael were hitting national headlines over their controversial Drumshanbo selection convention for the General Election, while there were local concerns over the Sinn Féin Leitrim AGM.

Ten months after Fine Gael selected Deputy Tony McLoughlin and Gerry Reynolds to run in the election and following on from a High Court action by former John Perry, the Drumshanbo convention was still haunting the party.

Former Deputy John Perry, former Senator Michael Comiskey and Manorhamilton native and Sligo Mayor Hubert Keaney revealed in August they had written letters of complaint to the Fine Gael Party about the convention.

Locally Sinn Féin Leitrim's AGM continued to be postponed with no date set by HQ. The AGM was due to be held on March 31, but by August was still postponed. There had been requests for meeting with higher branches of Sinn Féin over Deputy Martin Kenny’s replacement on Leitrim County Council.

It was revealed that Kilmore Diocese which covers part of Leitrim has the second highest paid priests in Ireland, with Parish Priests entitled to €31,000 before deductions. Ballinamore welcomed a new tourist office.

A damning HIQA report found the Child and Family Service for Sligo, Leitrim and West Cavan was significantly understaffed and had a number of severe assessment delays.

On August 14 the Army Explosive Ordnance Disposal Team were called after a suspicious package was found during a search of a car in the Manorhamilton area. Gardai had stopped the car as part of the ongoing campaign against the unlawful supply of drugs, two males were acting suspiciously according to Gardai.

Leitrim County Council put forward their plans to raise roads and erect flood barriers to try and prevent flooding damage similar to what occurred in 2009 and 2015. Works are scheduled to commence in early 2017.

Mohill residents were described as “second class citizens” due to frequent burst water pipes. Works are due to commence on the problematic mains in 2017.