Dromod to feature on BBC this week 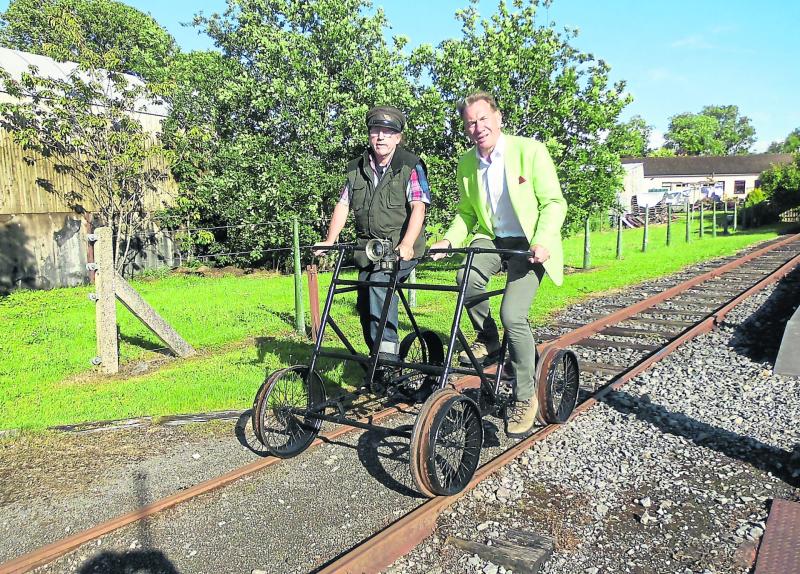 Dromod will feature on BBC 2 this week as part of Michael Portillo's Great British Railway Journey's.

The well known TV show started series 8 earlier this month, and the section which "goes to Ireland" starts tonight Monday, January 16 at 6.30pm on BBC2.

Using a nineteenth century Bradshaw’s Descriptive Railway Guide, Michael Portillo sets off on three new railway journeys which will take him across Britain and Ireland. Each journey plays out over five episodes: King’s Cross to Edinburgh, Blackpool to Harwich and Wexford to Wicklow.

Michael follows the guidebook’s recommendations for places to visit and things to do and investigates the characters, industries, locations and hotels suggested. Along the way he meets fellow passengers and local people from whom he gains a unique insight into the history of Victorian Britain and Ireland. The series also provides a snapshot of the nations today – the people, stories, scenery, architecture, customs and history of these islands and how their lives and landscape have changed during the 150 years since Bradshaw became a household name.

Dromod  and the Cavan & Leitrim Railway Station will feature on the show on Thursday, January 19 at 6.30pm on BBC2. Travelling through the beautiful landscape, Michael learns how it inspired one of the 20th century's greatest poets, WB Yeats. In Dromod, Michael learns how to make an Irish staple - a potato pancake, known as boxty. At the home of the father of Irish fiddling, Michael attempts to master a traditional Irish dance.

The Irish series finishes with Ballina to Westport on January 20.