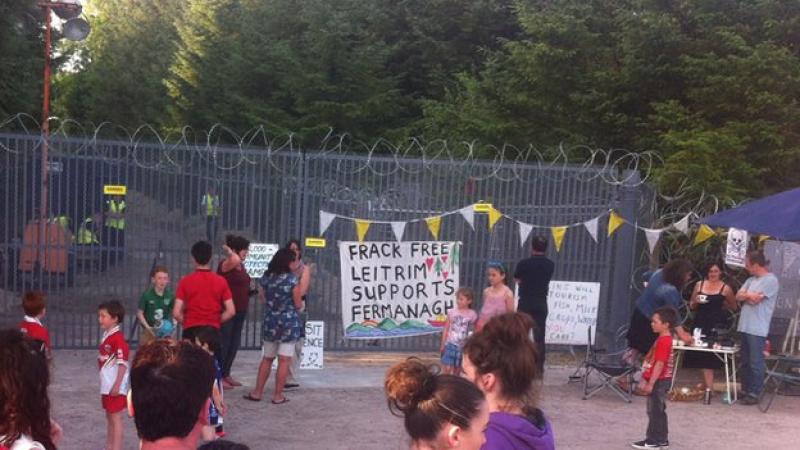 Protests were held around the clock in Belcoo

It is reported that Fracking company Tamboran have left their base in Belcoo, which was the site of 24/7 protests in 2014.

Last week reports emerged of workers removing fencing at the quarry in Belcoo. Acheson & Glover have confirmed the fracking company, who had planned to drill a borehole at the site, has left Belcoo.

“Acheson & Glover can confirm that all fencing has been removed and Tamboran are no longer on site,” said a spokesperson.

According to Tamboran their personnel left the site over two years ago and the site has been inactive ever since. "As these matters are subject to live legal challenges we are unable to discuss further at this stage," their spokesperson released.

The news has been welcomed by anti-fracking campaigners in north and south.