MacSharry was the biggest spender in Sligo/ Leitrim election 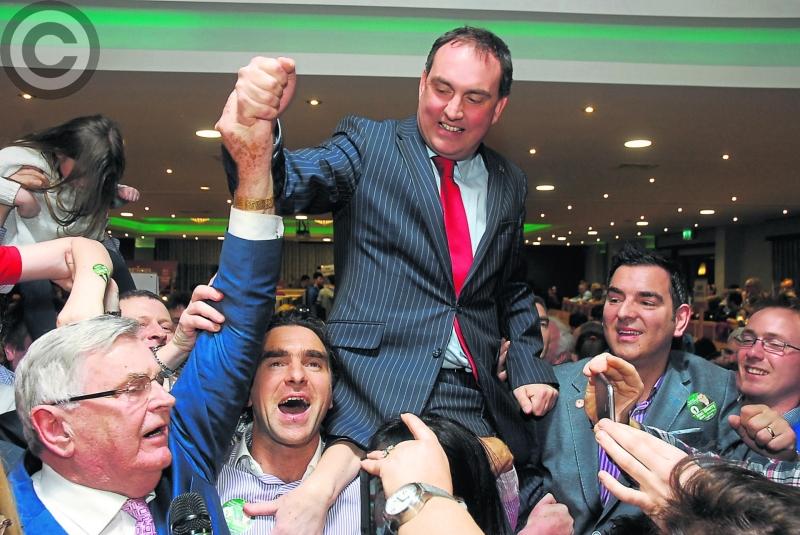 Fianna Fáil's Deputy Marc MacSharry was the biggest spender for the 2016 General Election in this constituency.
The figures released by Standards in Public Office commission (Sipo) provides a breakdown of the party and candidate's declared election expenses last year.
Deputy Marc MacSharry was way ahead of the rest spending a total of €29,791 on his campaign. His expensive drive cost €15,000 more than his running mate's operation.
Deputy Eamon Scanlon made his return for Fianna Fáil with €14,390 going on election expenditure.
Leitrim TD Martin Kenny for Sinn Féin racked up €14,111 between advertising, posters and campaign costs.
While, Fine Gael's Tony McLoughlin spent €12,459 on his re-election campaign.
Sinn Féin's Chris MacManus was the biggest spender among the candidates who failed to win a seat. The Sligo Sinn Féiner exhausted €20,009 during his push for election.
FG candidate Gerry Reynolds spent €12,388 while FF's paddy O'Rourke spent €15,554. 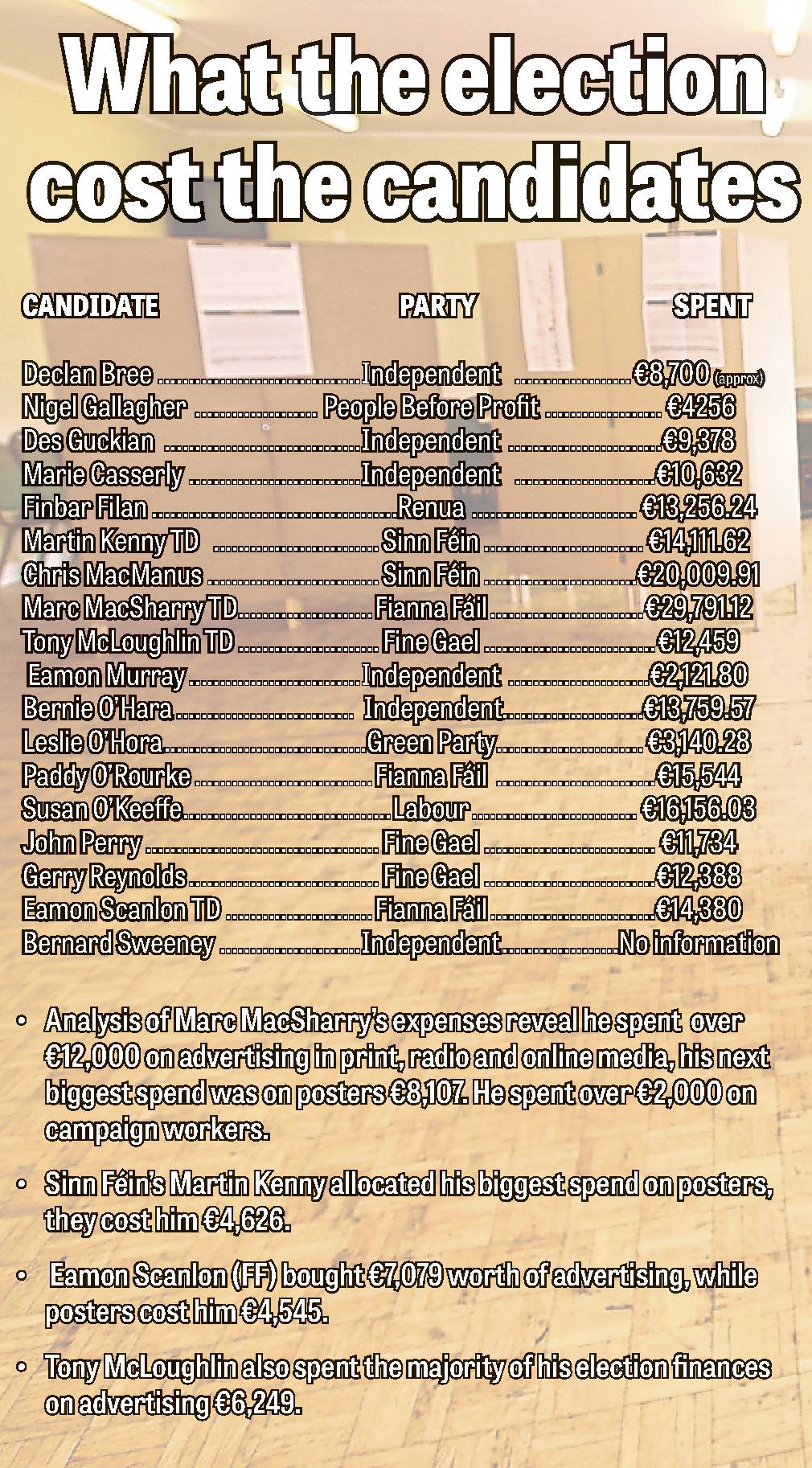 Independent Sligo candidate Bernard Sweeney was referred to Gardai as he submitted no documentation on expenses.
Leitrim's Green party candidate Leslie O'Hora provided incomplete documentation to Sipo on election expenses as did Seanad candidate Michael Comiskey.
Michael Comiskey ran for the Agricultural Panel for Seanad Eireann elections.
He did not provide or fully complete a certificate of monetary donations and statutory declaration.

The spending limit of each candidate in this constituency was set at €30,150.
Candidates are entitled to apply for a reimbursement of election expenses incurred from February 3 - 25, 2016.
In order to qualify for a reimbursement, a candidate must either be elected or if not elected have exceeded one quarter of what would have been the quota in that constituency were the full number of members of the Dáil for the constituency to be elected.
The maximum amount which may be reimbursed is the lesser of €8,700 or the actual amount of the election expenses incurred on behalf of the candidate.
In the 2016 Dáil general election a total of 321 candidates qualified for reimbursement of election expenses. The total amount of reimbursements certified to date is €2,692,754.71.
A number of candidates seeking a reimbursement have been referred to the Gardaí and therefore no reimbursements will issue until all fully completed documentation has been received by the Standards Commission.
Candidates who ran for a political party may also have a portion of their expenses paid for by the party as agreed before the election.