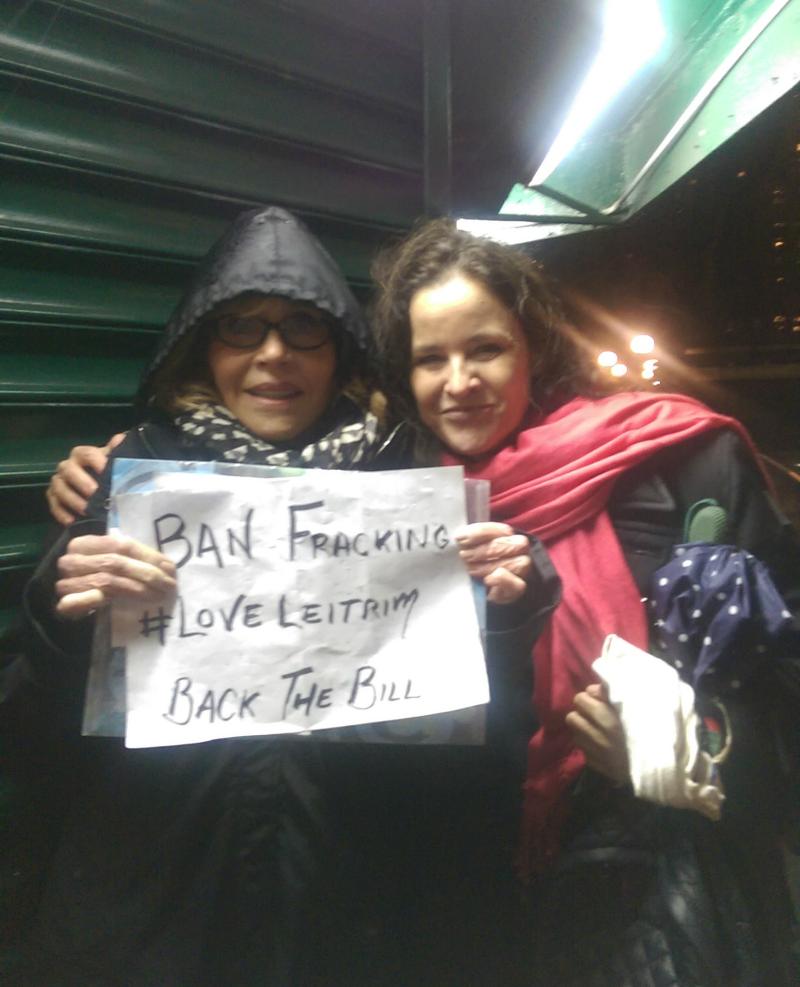 Moves to ban fracking in Ireland have been boosted by the support of Hollywood legend, Jane Fonda. She has joined Susan Sarandon, Sean Lennon, Shailene Woodley, while Robert F Kennedy Junior has led an Irish American voice in support of a bill attempting to make its way through the Dáil to ban fracking.

The Back the Bill campaign has been active since October 2016 when the bill introduced by Deputy Tony McLoughlin FG received unanimous cross party support when introduced to the Irish parliament.

However, since December 2016 the bill has been put out for consultation until February 10 by the Irish government causing supporters of it to worry that this might be a stalling measure by people who would prefer to see fracking in Ireland.

At a press conference in Dublin on February 1, Deputy Tony McLoughlin who sponsored the bill reminded the people present that the bill was only part of the way there. He said, “We cannot afford delays of any kind.” He urged that the bill get clear passage with ”no ifs or buts.”

Antifracking group Love Leitrim who have been working with Tony McLoughlin and Friends of the Earth have encouraged the public to urge the government to pass the bill in its current form to the next stage, do not water it down, nor try to delay in it.

Eddie Mitchell of Love Leitrim said, “The only thing that can stop this bill is if people want to hold it back." Leitrim Sinn Féin TD Martin Kenny  reiterated that sentiment, that even though a ban in fracking was voted for unanimously through the Dáil, there were still forces behind the scenes promoting fracking.  He commented, "There are vested interests pulling strings."

Friends of the Earth Ireland have a petition, which has being receiving thousands of signatures asking the government to honour the wish of the Irish public for a frack free Ireland.

Robert F Kennedy Junior who has been supporting native tribes in Standing Rock also called out on social media for his followers to back this petition saying, “Take action. Back the bill to ban fracking In Ireland.”