"I would do it all again" admits Good Samaritan 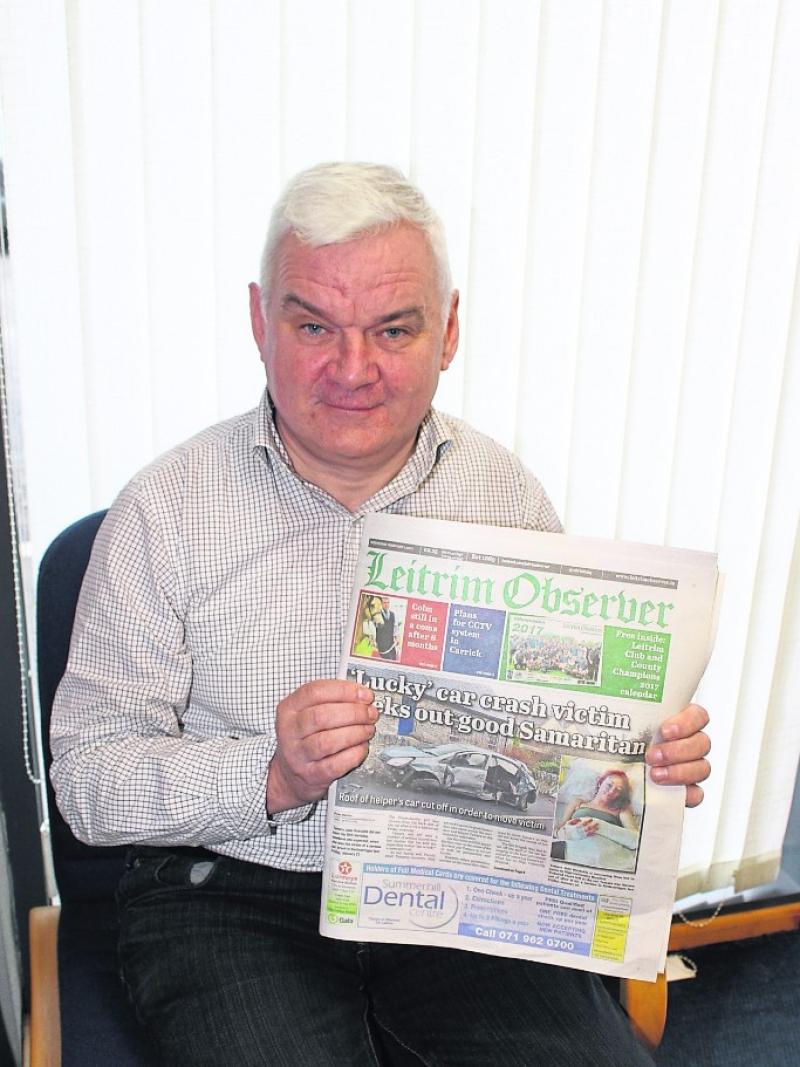 'Good Samaritan' Paul Egan said he is flabbergasted by the generosity of others to his plight with over €7,300 being donated in the past few days.

Mr Egan's story hit national headlines and he was on Joe Duffy's Liveline since the news broke in the Leitrim Observer last week.
Mr Egan has been left out of pocket after the emergency services cut the roof off his car in order to remove a girl who took shelter there after she was involved in a non related car accident at Keshcarrigan on January 27.
Paul came upon the scene and let the girl wait in his car for the emergency services to arrive.
While seated in the car, the injured girl Tamara Jade Huxtable started to go in and out of consciousness, the emergency services deemed it necessary to remove the roof from Paul's car in order to remove her safely.

After the event, Paul found out that the driver of the car in which the injured girl was a passenger was uninsured meaning Paul was out of pocket.
Paul's story touched a chord with everyone, especially Carrick-on-Shannon's Leon Quinn of Reverb Studios who decided to set up a fundraising YouCaring page to help Paul Egan out.

He had originally set the donation target for €5k, as he believed that would replace Paul’s car, but he didn’t know how well the page would take off. At the time of going to press there was a total of €7,385 raised.
The donations range from €1 to €500 with a few people giving €100.
Expressing his gratitude Paul said, “I'm flabbergasted by the generosity of feeling and monetery means for my plight. Thank you from the bottom of my heart.”

He said he is astonished and heartened to see the donations from people all over the country. He has since given back the rental car and is now walking, getting lifts and using public transport to get around.
Mr Egan said the extent of the good luck and best wishes from donators makes him emotional and he reiterated “I would do it all again.”
Paul said “the Leitrim people have been good to me” and he hopes to visit the county again when he takes up the offer of a free stay courtesy of the Lough Rynn Hotel.

Paul said some national reports said he had work files in his car, but he stated this was not true as he never carried any files outside of work.

There is no set time limit for the fundraising but Leon said when he notices a slow down in donations he will close it up and present the cheque to Paul.
Leon admitted it is “not the most worthy of causes,” he added “there are pages for children who need money for life saving surgery.”
But this was an unusual case and one that drivers identify with.

Leon looks forward to handing over the money to Paul and wishes him years of good luck after this unlucky incident.
You can still donate on www.youcaring.com/paulegan-754041