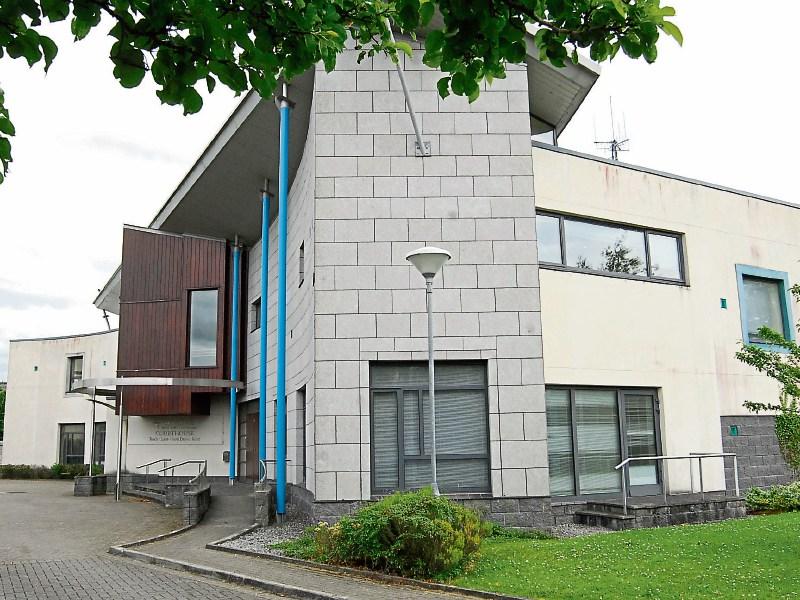 A Mohill man was given a six month suspended sentence at a recent sitting of Carrick-on-Shannon Circuit Court for careless driving causing the death of an 81-year-old man.
John McGirl, Drumhass, Mohill was convicted of careless driving causing the death of Sean Cooney at the junction of Main St and Glebe St, Mohill on December 12, 2015. The question of a driving disqualification was adjourned to May 2017 for a medical report.

Sgt Ronan Mooney outlined that road surfaces on the day were wet, following snow earlier that morning. He said Mr Cooney (aged 81) walked down Mohill’s Main Street and was crossing at Glebe St.
He explained John McGirl was driving a jeep and trailer with a bull inside, in the opposite direction and turned right into Glebe St.
He collided with Mr Cooney who was “in the centre of the road.” He said the victim was “struck by the front of the jeep.” He said when Mr Cooney fell, the vehicle moved forward and a wheel went over him.
The defendant was breathalysed at the scene and was negative for alcohol. Mr Cooney was removed by ambulance to Mullingar Hospital.
He did speak at the scene and en route but went into cardiac arrest later that day and was pronounced dead. The scene was forensically examined.

In his first statement to Gardai, Mr McGirl said he believed Mr Cooney stepped between the jeep and trailer. He said he never saw him, but felt the impact. However when Mr Cooney saw the CCTV he changed his statement.
Sgt Mooney said Mr McGirl is “blind in one eye” following an accident over 40 years ago.
Judge Martin Nolan asked if there was any other “physical reason” why the defendant did not see Mr Cooney, and the Sergeant said “I don’t think so.”

The court heard, Mr McGirl was not speeding and he was not on his phone at the time of the collision.
A witness saw the incident and made a statement to Gardai.
The court also heard Mr McGirl called to the lady’s house and asked her what she saw and asked her “will you not say he stepped between the jeep and trailer.” Mr McGirl did this before he saw the CCTV. When he saw the CCTV footage, he made full admissions.
Judge Martin Nolan said he understood “Mr McGirl didn’t see Mr Cooney and was trying to rationalise it.”

In a victim impact statement, Geraldine McKiernan on behalf of her mother, Sarah (sister of the deceased), said they will “miss his visit on a push bike rain, hail or snow.”
She described Mr Cooney's love of storytelling, stories of travels, love of traditional music and that he liked to eat a pan of boxty.
The family said they had “no ill will against John McGirl.”
The deceased had planned to visit family in Florida after Christmas and a letter from his brother Desmond Cooney in America was also read into court.

The court heard the defendant is a “hard working” farmer with five grown up children. He has been driving for 40 years with a clean driving licence.
The defence barrister Paul Gunning said his client was bringing a neighbour’s cow to mart on the date.
He outlined that John McGirl was extremely remorseful.
He requested Mr McGirl not receive a driving disqualification as his son Daniel has returned from Australia to set up an agricultural business and hopes to have his father to help him. The defendant also cares for his elderly mother.

There were a number of character statements in court on behalf of McGirl. Mr Gunning said his client “led an impeccable life” and was a “solid citizen.” He noted he “will have to live the rest of his life with this.”
Judge Nolan called the case “tragic.” He noted that the victim was a “popular” and “kind” man.
He said the loss of his life is felt by his family and friends. “Every death is very serious.”

Judge Nolan repeated that Mr McGirl “didn’t see Mr Cooney.” He pointed out there were “no aggravating factors.”
He felt Mr McGirl was “mystified and came to the wrong conclusion” about what happened at first.
“Inattention is a serious matter when driving,” he commented, but “human nature doesn’t allow us to focus all the time.”
He decided Mr McGirl did not deserve incarceration.

He handed down a six months suspended sentence on a number of conditions of good behaviour.
Judge Nolan adjourned the question of disqualification to next term for a “report from a qualified person” to see if Mr McGirl should be certified to drive with his sight loss. Judge Nolan added “I'm not saying a person with one eye cannot drive, but I'm mystified how he missed Mr Cooney.”