The HSE is " in tatters" says patient 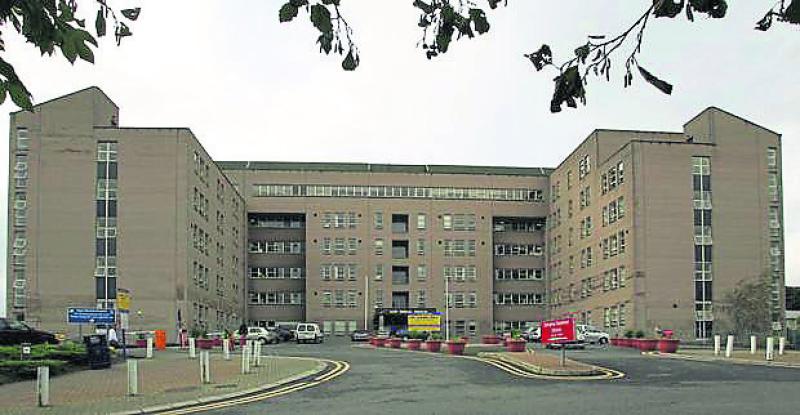 A Kilnagross man said he was “devastated” when his long awaited surgery was cancelled last week due to a shortage of beds in Sligo University Hospital.

Dave Price was one of four patients turned away from scheduled theatre appointments on Wednesday, March 1, due to a lack of beds.

The INMO reported that 32 patients were waiting on trollies in Sligo University Hospital last Wednesday.
Mr Price said he had been waiting “months” for the operation on his hernia.
He said he had called the night before and was told to come in.

He explained he was in his gown, prepared for theatre, having met consultants, anaesthetists and other medical staff as part of the surgery prep when his consultant told him “the shocking news that my bed was cancelled.”
Dave Price said, “I was floored” and he added his consultant was “devastated and embarrassed for me.”
“I thought he was kidding at first,” but the Beds Manager informed him that with 32 people on trolleys, his operation had to be deferred as it was “not life threatening.”

Mr Price said “the HSE is in tatters.” He said he was in contact with a local TD and has complained to the hospital management. He commented, “it is shockingly wrong.”

He told the paper another lady waiting on an operation was in tears after the news.
Mr Price said he had been ready for the procedure and found it very stressful to be turned away. He hopes to have a re-scheduled appointment for later this month.
Mr Price said the hospital had to pay €100 for a taxi to take him home, as he had expected to be staying overnight.

In a statement to the Leitrim Observer, Sligo University Hospital said it “regrets that it had to defer four routine elective surgeries last week as there were 32 acutely unwell patients on trollies who were waiting for admission.
“As there would have been no beds for these four elective patients post-surgery, we unfortunately had to defer their surgery.
“Every effort is made to re-schedule deferred surgery as early as possible.
“Sligo University Hospital would like to apologise to patients and their families for any distress caused.”