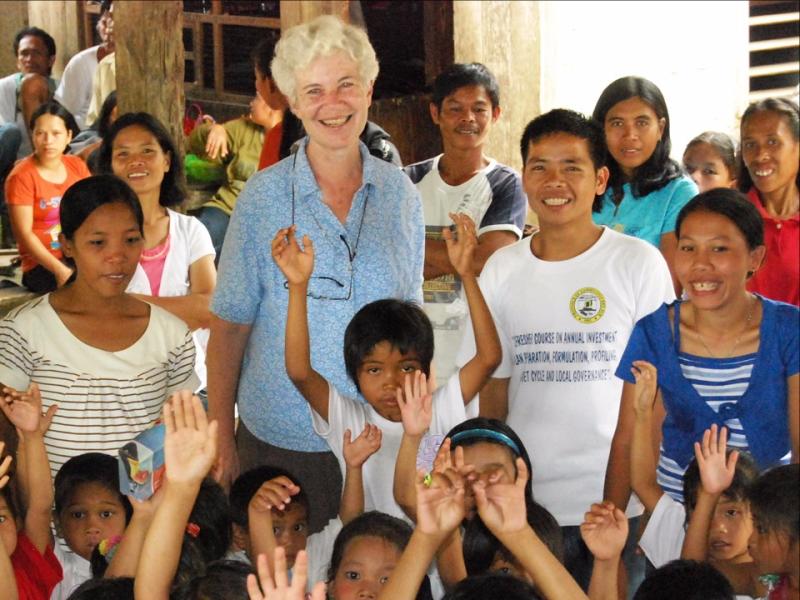 Sr Kathleen Melia with locals in the Philippines

Columban Sister Kathleen Melia, originally from Drumkillean, Mohill, was injured in an attack in the Philippines last week.

The Irish missionary nun was closing up her convent at the San Jose Parish Church in Midsalip on March 1 (Ash Wednesday) when a man wearing a mask, covered her mouth and punched her in the face and chest.
She sustained multiple injuries and is currently awaiting surgery in hospital.

70-year-old Sr Kathleen Melia has worked as a missionary in the Philippines for more than 30 years, specifically with Subaanen tribal people.
She has supported their challenge to large-scale destructive mining which they say will destroy their livelihoods and way of life.
He Columban colleagues are said to be shocked and concerned.

A spokeswoman for the Department of Foreign Affairs said they are providing consular assistance through their Honorary Consulate in Manila and the Embassy in Singapore which is accredited to the Philippines.