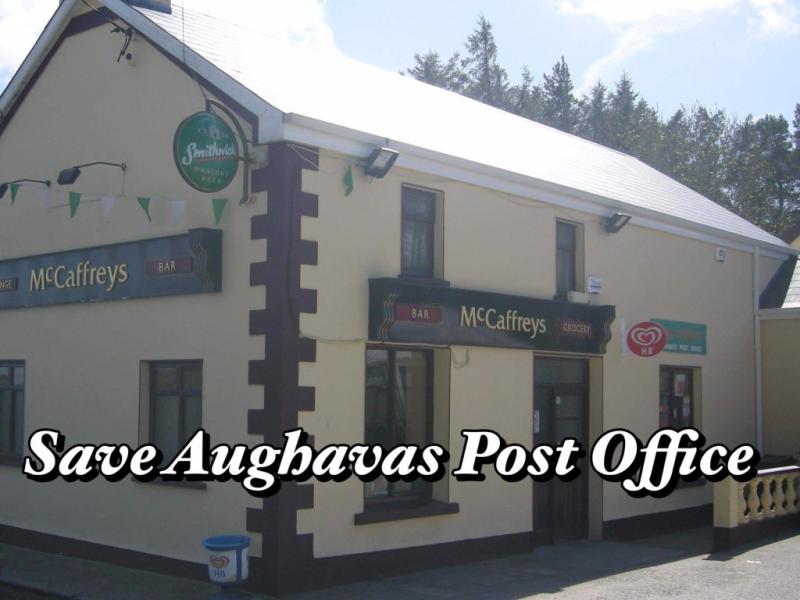 The fate of Aughavas Post Office is still undecided but it is hoped that a decision will be made by the end of April.
A spokesperson for An Post told the Leitrim Observer the decision on the fate of the post office was “ongoing.”

“There is a major national review of postal services underway at present and Aughavas Post Office is being considered as part of this,” he said.
The post office has been the focus of a local campaign with hundreds of signatures collected for a petition to try and keep the facility open.

Earlier this year the pub which houses the post office in Aughavas, was sold and the existing postmistress expressed a wish to retire.
An Post then announced they were reviewing the service and were considering closure.
The current postmistress has agreed to stay on until a decision is reached on the future of Aughavas Post Office.
An Post now hope to make a decision by the end of April on the future of Aughavas Post Office.