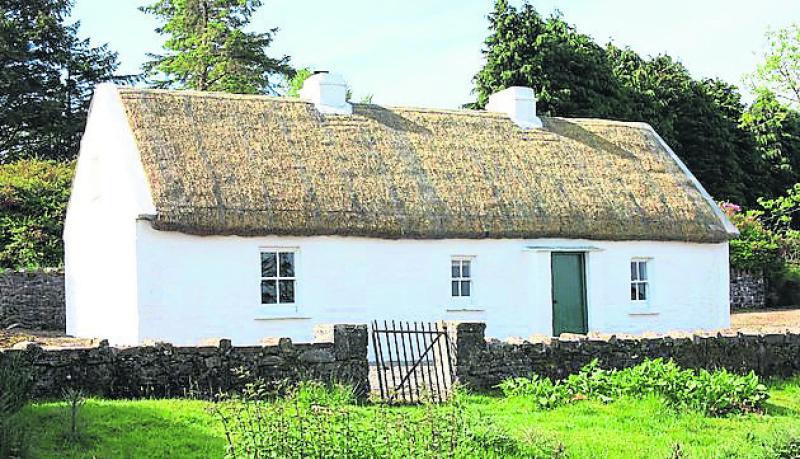 The Office of Public Works (OPW) has told the Leitrim Observer that it is happy to continue to provide support for the Kiltyclogher Heritage Centre to enable them to provide a guide for the Sean MacDiarmada cottage in Kiltyclogher.

Concerns were raised at the May council meeting about the future provision of a guide serving the Kiltyclogher Heritage Centre and Sean MacDiarmada cottage for Summer 2017.
Cllr Felim Gurn detailed how the former guide, Paul Gibson, had moved to a scheme in Rossinver and there was currently no guide in place.

“We are back to square one,” claimed Cllr Gurn, adding that he was worried no guide would be in place for the busy tourist season.
“There's nothing worse than people coming up to a place and finding that it isn't opened. This is affecting tourism in north Leitrim.”
He called on the Council to contact the OPW to ascertain if they intended renewing funding for a Guide/Manager at the Heritage Centre in Kiltyclogher for 2017.

Cllr Warnock said he had raised the issue previously at the Manorhamilton Municipal District meeting and was still waiting for a reply from the OPW “with the summer upon us”.
Cllr Padriag Fallon said that councillors had sought the extension of hours of opening for the cottage and he said it was vital this work be built on in 2017.

Cathaoirleach Cllr Mary Bohan agreed it was absolutely crucial a guide be in place for both the heritage centre and cottage, to ensure it was open to visitors. Cllr Sean McDermott pointed out so many visitors were already coming to the Ballroom of Romance and it was the perfect opportunity to bring those visitors on further to Kiltyclogher.
Cllr Gurn agreed: “we're trying to package this whole area and right now we cannot connect the dots because we can't guarantee if the homestead and centre will be open.”
Responding to a query from the Leitrim Observer, a spokesperson for the OPW said the Kiltyclogher Heritage Centre had approached the OPW to request that they be given access to Seán Mac Diarmada cottage so that a guide in their employ for 19.5 hours per week, and based at the Centre, could facilitate access to and give tours of the cottage during the summer of 2016.

“The OPW agreed to this arrangement and, in consideration of the 1916 commemorations, further agreed to provided financial assistance to the Kiltyclogher Heritage Centre to enable them to employ the guide for 39 hours per week for the summer of 2016,” note the spokesperson.
“Kiltyclogher Heritage Centre continues to facilitate access to the cottage on request,” stressed the spokesperson.
“Currently the Centre is in the process of recruiting to fill a similar position for summer 2017 in anticipation of increased demand for access during the summer months and the OPW is happy to provide support for this arrangement,” the OPW spokesperson said in conclusion.