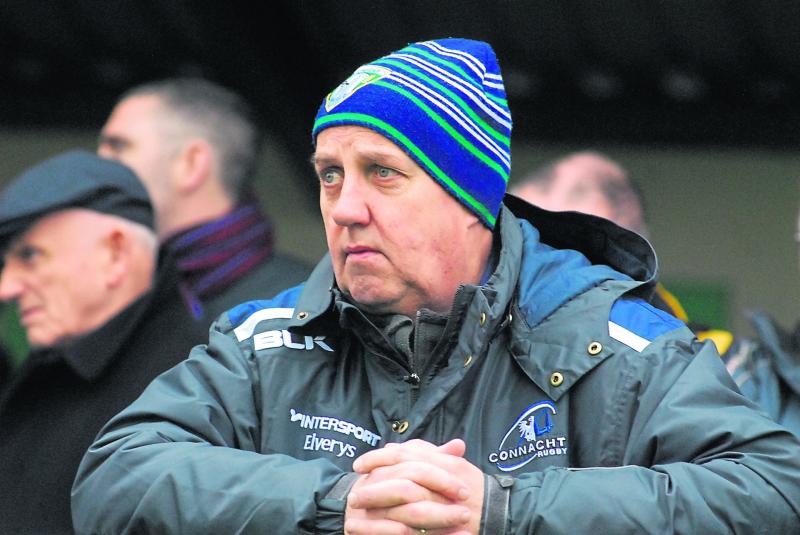 The late Luke Early who sadly passed away last week.

"My phone was buzzing with the sad news that Luke Early had passed away. The first thought came to my mind was gentle, a gentle giant and above all a gentleman.
A Mohill man in every sense, a grocer, publican and undertaker on the Main Street. It was a pub full of characters and good humour. Luke had the foresight to see there was no future in the pub business and closed the business many years ago. He ran a very successful undertaking business and everyone who dealt with him spoke of his professionalism, kindness and understanding.
From his youngest days, he was interested in all sports and in particular GAA, basketball and Luke was devoted to ‘The Arsenal’. Over the years he was a regular visitor to Highbury and the Emirates stadium.
He played football with his beloved Mohill and St Mels in Longford and both Ann and himself were avid followers of the Leitrim Senior County team. He was in the FCA for many years and always enjoyed a great relationship with my late father Eamonn and my late Uncle Johnny.
When my father died in 1978 the Mohill GAA Club donated a Cup to the Leitrim Co Board for the U21 Championship. The first man to be presented with the Cup was Luke Early, captain of Lough Rynn Gaels. No man was as proud as Luke to accept the Cup and take it back to Mohill.
I met Luke at this year’s U21 final when Darragh Gordon took the Cup back to Mohill, an amazing 38 years after Luke first accepted the Cup.
Luke was a great community man, involved in a lot of local organisations including the Show, Mohill Choir, and of course the Percy French Society. As part of the Percy French Society he gave a wonderful performance to a packed National Concert Hall in Dublin. His contribution to Mohill over his lifetime has been enormous.
Meeting Luke was a pleasure and always involved a local update and a joke or two thrown in. A real genuine guy. Luke loved local stories and he always enjoyed hearing and telling them.
One such story was when my Uncle Johnny and I went into Luke's one Christmas for a Xmas drink. There was a few locals at the bar when Johnny declared that a local man 'was letting in back water'. Luke loved that saying ‘letting in back water’.
A few weeks before, John McGahern had won a major literary award. And Johnny who was unable to whisper said to Luke, 'didn't McGahern do well' . Luke immediately gestured to Johnny that John McGahern's wife was in the snug. All Johnny could say was 'oh my God'.
But perhaps Luke's favourite story of all was to do with an AGM of the Mohill GAA Club. The club was trying to fill the position of Club Secretary when Uncle Johnny spoke up and proposed 'The dead man’s tailor' as secretary, 'he is in the town and on the phone '.
When the confused Chairman asked Johnny what did he mean Johnny explained he was proposing Luke Early. Ever since, Luke's close friends called him 'the dead man’s tailor' . 'The dead man’s tailor’ is no more.
Luke was a kindhearted, generous person. A wonderful man. We will all miss him greatly but none more so than Ann, Alan and Paul and his extended family.
May God be good to him and may his gentle soul rest in peace."