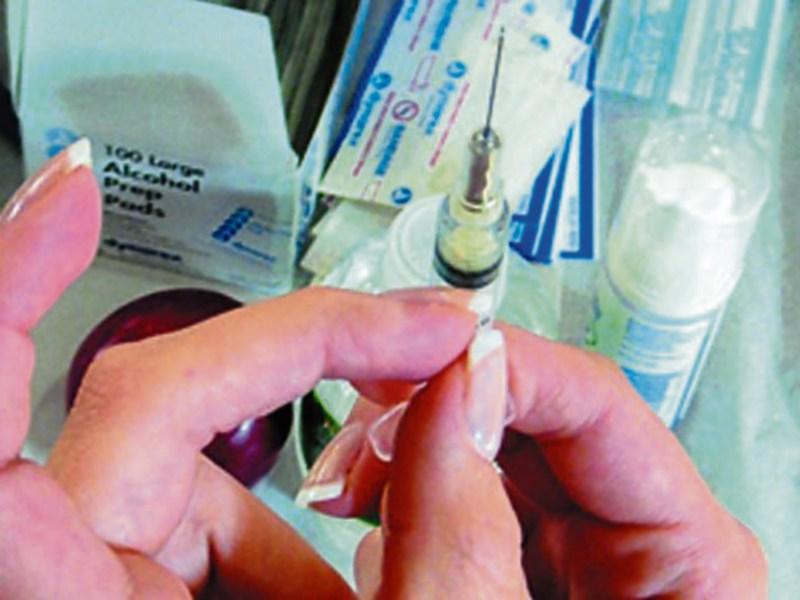 Many parents in the county and across Ireland are facing the decision to consent to the HPV vaccine for their daughters when they start secondary school this year.

The HSE, Department of Health and Medical Care Professionals are advocating the free drug which they say can prevent cervical cancer.
The HSE says there is no credible research linking the HPV vaccine to any chronic side effects and this is backed by research from The World Health Organisation and European Medical Boards.

However, parents are hesitating and the take-up rate which was at 87% in 2010 has since fallen to 50%.
The HSE has sent out leaflets and information to schools and parents and have hit out in the media at “unfounded fears” over the HPV.

Dr Colette Bonner, deputy chief medical officer at the Department of Health, recently told the Oireachtas Committee on Health there was concern that online discussion about the HPV vaccine “may lead to reduced rates in the other childhood vaccines.”
She stated, “Current parental concerns about HPV vaccine safety on social and local media which have no scientific basis are leaving large numbers of girls at a future risk of cervical cancer.”

The families who blame the HPV vaccine for chronic illness in their daughters have been called “fake news” and scaremongers.
This week founder of Jack & Jill Children's Foundation Jonathan Irwin has joined over 400 Irish families blaming the HPV vaccine for his daughter's chronic illness. He is calling for the Minister of Health to provide manufacturers' list of adverse effects, not listed on HSE leaflets.

The Leitrim Observer has received a number of letters condemning coverage of Annaduff teenager Rebecca Hollidge, who is receiving treatment abroad for various chronic symptoms her family blame on the HPV.

One of the letters condemning the coverage of Rebecca's story (republished at the bottom of this story) prompted parents of two local girls to respond to the backlash and criticism their girls are receiving.

Rebecca's parents Peter and Yvonne ask the GP how did he access Rebecca's medical records in order to say he knows she will get better.
The Hollidges say they are “amazed that a doctor does not understand the devastation that this vaccination has caused to hundreds of girls in Ireland and ten thousand fold worldwide, all suffering the same cluster of debilitating symptoms following the HPV vaccination, including seizures and early onset menopause.” They say they were not furnished with the true extent of the side effects associated with the vaccination as listed in the Patient Information Leaflet by Merck.
They also say “there are doctors and specialists in Ireland that believe” there is a link between the HPV vaccine and Rebecca's symptoms.

Sean Wynne from Drumshanbo said medical professionals are denying Rebecca a speedy recovery by denying her symptoms. He said, “ Cervical cancer is a recognisable and treatable condition, whereas, on the other hand, the adverse effect of the HPV vaccine are not acknowledged by the medical community.
“Girls like Rebecca suffer in silence and are stigmatised by the Minister of Health HSE, along with many other medical professional groups.”

The letters from the parents can be read in full on pages 20 and 21 of this week's Leitrim Observer.

HPV prevents cervical and other cancers

This letter was published in last week's Leitrim Observer, the name and address of the doctor is held by the paper.
Madam,
I was sad to see the photo of 17 year old Rebecca on the front page of your paper. I know it will be a slow recovery for her but she will get better. I would like to know the name of the clinic which was convinced there was a link to the HPV vaccination. As a family doctor who has looked after female patients over the years with cervical cancer I would do everything possible to try and avoid it. It includes giving the HPV vaccine and participating in the Cervical Screening Programme. When HPV vaccine was not available in Ireland, we had calls for it to be made available to all young people. Prior to 2007, patients had to pay hundreds of Euros for it. It not only prevents cervical cancer but also rectal and oral cancers. It prevents the second most common STI in Ireland, ie, genital warts. I have vaccinated the female members of my own family with it. The ladies who have died in my practice over the years with cervical cancer have left grieving patients, children and parents behind them. The cancer destroys the pelvic organs including the bladder and rectum. If you ever saw a patient suffer with cervical cancer die slowly, you never want to witness a second case. I am a male doctor who hates to learn of a diagnosis of cervical cancer in my practice.
I was disappointed with your editorial which touched on the local issue and failed to tell us how to protect the young people of Ireland from serious diseases in the future. I feel you are a victim of the power of social media which fails to use information in an evidence-based manner.
Yours in sadness, frustration and anger

Name and address with editor.