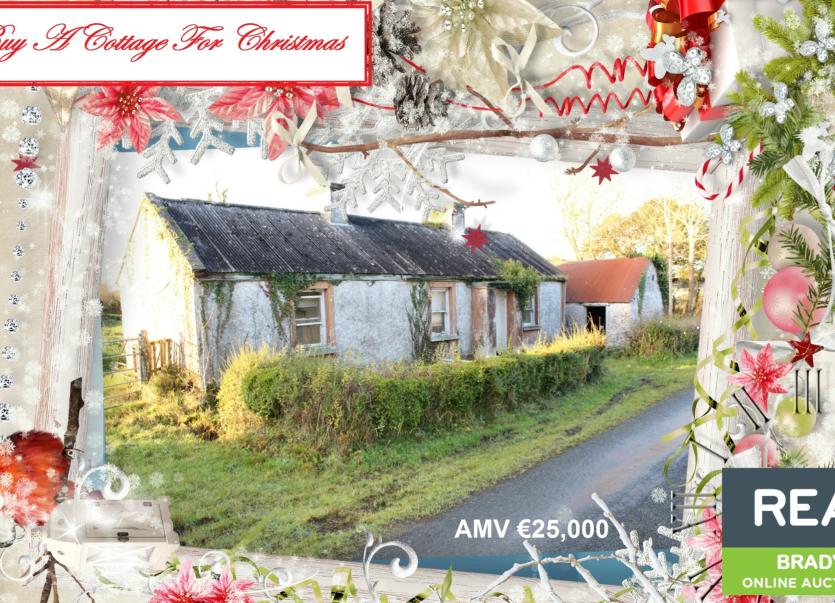 Following a most innovative marketing campaign by REA Brady Estate Agents in Carrick-on-Shannon, this cottage sold via Online Auction on Tuesday.

The campaign focused on a novel approach of presenting the property as a potential Christmas Present. The plan worked and interest poured in from all over the world, all for a little cottage in Kilasanowel, Drumsna, Co. Leitrim.

It turns out that the dream of a Cottage in Ireland is very much alive and that the appeal of living in Rural Ireland is one shared by many.

REA Brady had enquires from the U.S.A., England, Germany, Australia, Dubai and even Israel. There were 34 parties tracking the Auction.

Much of this interest came from the publicity work that REA Brady did on the campaign, so much so that the largest Irish focused news source in the U.S.A. “Irish Central” picked it up. Also the Irish Post ran a piece on it in the U.K. and in Ireland the Independent, Examiner, Mirror, journal.ie and breakingnews.ie ran pieces on it.

To bid, buyers had to place a 10% deposit prior to bidding. In this instance both the U.S.A., U.K. and Ireland were represented. There were 10 bids in total with 8 of them coming at the very end of the Auction.

The successful bidder was from the U.K. who won with a final bid of €32,000. We’re not sure if the cottage is going to be a Christmas Present. Lucky for the person who gets it, if it is.