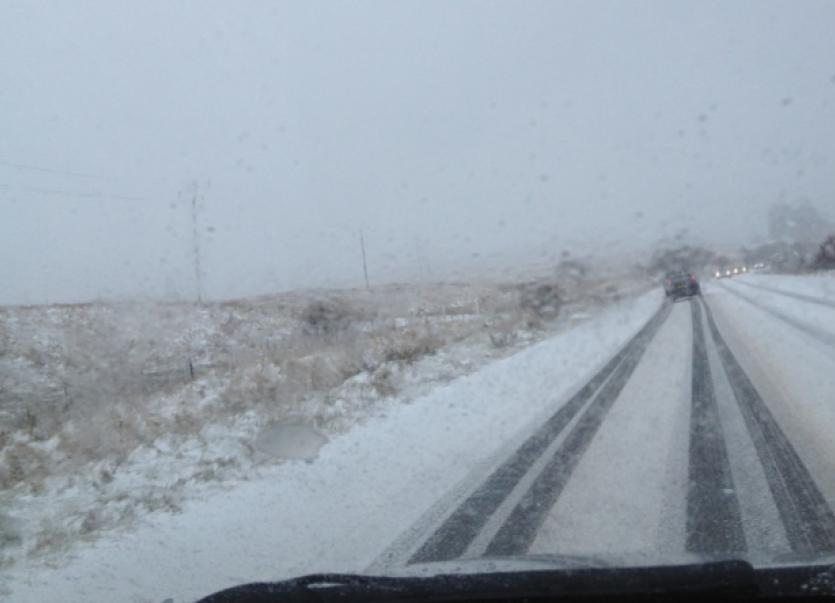 Met Eireann’s latest weather forecast suggests that the snow will hit the Leitrim area on Friday with temperatures nationally set to fall to between -1 and -5.

Met Eireann have issued a Yellow Weather advisory update for the entire country predicting exceptionally cold weather this week until Friday at 6pm. They warn that it will be very cold overnight with temperatures falling to between -1 and -5 degrees Celsius, possibly slightly lower in some western and northwestern counties and temperatures tomorrow struggling to get above zero.

Air and ground temperatures will be 5 to 10 degrees below normal, with significant wind chill and penetrating severe frosts.

Snow showers will progressively become more widespread and heavier through midweek. A spell of persistent and heavy snow is expected to extend from the south late Thursday and Thursday night, with significant and disruptive accumulations.

Met Eireann’s prediction for Leitrim includes snow today and Friday with midday temperatures not going above one degree celsius and winds ranging between 25 and 35 kph.

Regionally, Met Eireann have predicted that in Connacht, it will be bitterly cold today with scattered showers of snow and hail. There is a risk of isolated thunderstorms. The showers will be mainly in the east at first but will extend westwards during the day.

There will be some bright sunshine at times. Highest temperatures of just zero to 2 degrees in moderate to fresh and at times strong and gusty easterly winds.

Tonight there will be some further scattered snow showers in places. Extremely cold with lowest temperatures of minus 3 to minus 6 degrees with frost and icy patches.

Tomorrow, Thursday will be bitterly cold again with some sunshine for a time and scattered snow showers. Highest temperatures of just zero to 2 degrees in fresh to strong and gusty easterly winds.

Thursday night: Snow, sleet and rain will extend northwards through the country during the evening/night in strong easterly winds. Accumulations of snow may be significant in some places. Temperatures will range -1 to -4 degrees.

Friday: The rain, sleet and snow will clear from the south of the country during the day but it may persist across more northern counties until later in the afternoon/evening. It will be another cold day with highest temperatures around 1 or 2 degrees but there will be a slight rise in temperatures to around 4 to 6 degrees for southern counties. East to northeast winds will be strong and gusty. Widespread frost on Friday night.

Saturday: Many places will remain dry for the day but outbreaks of rain, sleet and snow will affect southern and eastern coastal counties during the afternoon/evening. Highs of 1 to 3 degrees in moderate southeasterly winds.

Sunday: Becoming slightly milder with highs of 4 to 9 degrees. Some rain at times but a good deal of dry weather. Southeasterly winds.

Met Eireann have also issued a Red Snow/Ice Warning for Dublin, Kildare, Louth, Wicklow and Meath that will be in operation until 12 noon on Thursday, March 1. Heavy overnight snowfall has led to accumulations of snow between 5 and 10 cm.

Snow showers will continue to occur during today and again tonight with further accumulations. Total snowfall up to midday Thursday may reach 25cm.

A Yellow Snow/Ice Warning for Donegal, Galway, Clare and Limerick has been issued with scattered heavy showers today, tonight and tomorrow.