Open verdict in death of Polish man who drowned 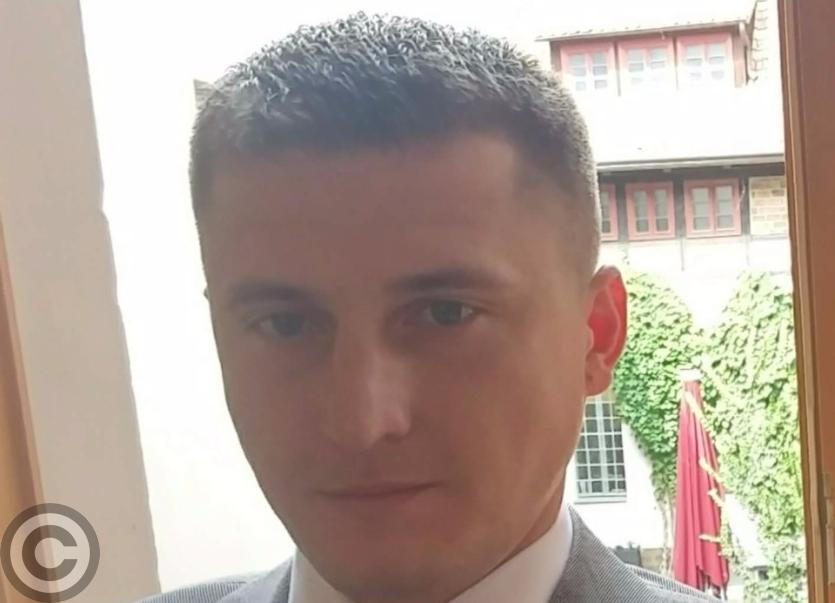 Deputy Coroner for Sligo Leitrim, Fergal Kelly, recorded an Open Verdict in the case of 30-year-old Janusz Jasicki of The Paddock Cottage, Woodbrook, Shankill, Co Dublin with Mr Kelly ruling that the cause of death was freshwater drowning at the Quayside, Carrick-on-Shannon.

Mr Jasicki’s remains were retrieved from the River Shannon at approximately 8.45pm on Wednesday October 11, having gone missing on the night of Saturday, September 30.

Mr Jasicki remains were recovered from the Shannon by five member of the Lough Ree Sub Aqua Club.

Mr Jasicki was attending a stag in Carrick-on-Shannon with seven friends. Three friends who attended the stag told how they arrived in Carrick at 12.30 pm on the Saturday, went Go-Karting and then met up again for a cruise on Moon River at 6.45 pm.

The cruise ended at 8.30 pm and the group made their way up the town up to Murtagh’s when they noticed that Mr Jasicki was no longer with them. The group rang Mr Jasicki who reported he was lost and one of the witnesses commented that “he was not making sense”.

Mr Jasicki’s phone went dead at 9.40 pm. The friends also gave evidence of searching around the town for Mr Jasicki.

Cat Sawkins, Mr Jasicki’s partner of six years, told the Inquest that Janusz was very responsible and capable and she “would expect him to come back in one piece” from the stag. He had never gone missing before, did not drink much and had been approved for a mortgage just before he went on the stag.

Ms Sawkins said that Mr Jasicki had a habit of losing his phone so they installed “Find My Phone” software on his phone and computer. When she was informed that Janusz was missing, she was able to trace his phone up until 9.40 pm when the battery went dead, Mr Jasicki having forgot to bring his charger with him on the trip.

Sgt. Carla Curry gave evidence of the recovery of Mr Jasicki’s remains from the Shannon on Wednesday October 11. She also told that Mr Jasicki was last seen walking in the direction of Breffni Crescent and the searches were concentrated on that area.

Paul Newman told the court that he was on a cruiser boat on the Shannon, going from Leitrim Village to Carrick, on Wednesday, October 11. A member of Lough Ree Sub Aqua Club, Mr Newman was aware that a person was missing in Carrick-on-Shannon and was keeping watch for any signs on the journey.

Near the junction of the Boyle River and the Shannon, Mr Newman spotted something in the reeds around 6.30 pm and after manoeuvring the boat in closer, he spotted a hand. He then contacted his colleagues in Lough Ree Sub Aqua club to bring up the inflatable boat so that they could retrieve the remains from the rushes.

Mr Jasicki’s remains were recovered at 8.45 pm and brought into Carrick-on-Shannon.

Sgt. Tony Byrne gave evidence of being contacted by Lough Ree Sub Aqua Club and the arrival of the remains at the Quay in Carrick at 9.20 pm. The deceased’s remains were identified by his clothing and watch and Last Rites were administered at the scene.

Robert Jasicki gave evidence of identifying the remains of his older brother.

In a deposition read to the inquest by Sgt Ronan Mooney, Sgt Josephine Kirrane outlined how she had been appointed Family Liaison Officer for the case. She said that Mr Jasicki’s remains were identified by the brown belt he was wearing and a watch.

Sgt Kirrane’s evidence also revealed that a small plastic bag with a white powdery substance was found in the pocket of the deceased.

Presiding Officer Fergal Kelly read extracts from Mr Jasicki’s autopsy conducted by Dr Paul Hartill at Sligo University Hospital which said that the cause of death was consistent with fresh water drowning.

He also said that the toxicology report showed an ethanol reading of 206 micrograms and traces of cocaine, benzoylegonime and cocaethylene.

Delivering his verdict, Deputy Coroner Fergal Kelly said that the witnesses gave evidence of what was supposed to be a very happy weekend but unfortunately, it didn’t turn out that way. He said it was very clear to see that Mr Jasicki, who was only 30 years old, was a very fit, very active and very sporting man.

Mr Kelly offered his sympathy to Mr Jasicki’s brother Robert, his partner Cat and his family and friends. Mr Kelly also said that he hoped the conclusion of the Inquest could help with their bereavement process.