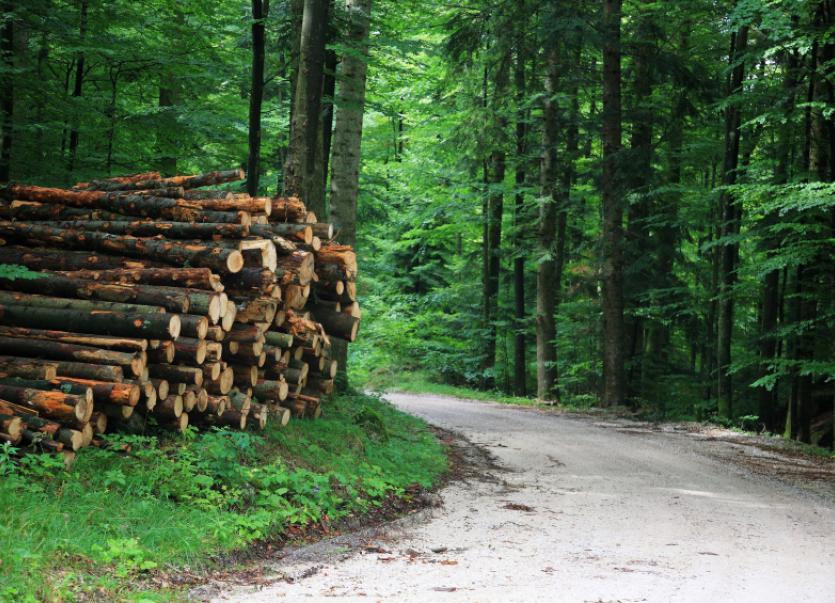 A councillor has called on Leitrim County Council to enforce its own planning laws and insist that a forestry extraction company use the permitted entrance and not be allowed to force its way out onto the road at another place.

The matter was raised at last Monday's meeting of Carrick-on-Shannon Municipal District by Cllr Des Guckian who raised his concerns in relation to forestry being extracted from a property in the Kilnagross area.

He said the company has forced it way out onto the public road opposite a family home but the original planning permission granted to the company four years ago stated that particular entrance was to be closed up and another entrance further away was to be used.

Cllr Guckian accused the company of abusing its right and called on Leitrim's planners to “have the courage to enforce your own planning laws.”

He said, if necessary, they should take them to court.
“There cannot be a free for all,” he added.

“However, the authority can only seek to enforce compliance with a grant of permission where it has been availed of.
“Where the individual does not avail of the permission but instead forms a different access then such instances shall be investigated as general unauthorised development and enforcement action, if appropriate, may be taken in respect of same.

“Notwithstanding that an individual might have obtained planning permission for an access at a particular location, this does not remove their entitlement to avail of any existing authorised, whether previously permitted or exempted, access to the lands where the use of such an access was originally for the purpose of forestry and where no material works or alterations are undertaken.

“The planning authority intend to submit a Section 5 Declaration to An Bord Pleanála this week on this matter, i.e. whether material widening of an existing entrance for use in connection with a forest access road for the purpose of extracting timber is or is not exempted development. This will provide clarity that the opinion of the planning authority in this matter is correct.” the reply concluded.

Cllr Enda Stenson told the meeting he had spoken with the Chief Planner, Bernard Greene, and the Council has gone out to the property and closed that entrance and told the company it cannot be used in the future. Cllr Stenson said he believes it will not be used again.

Cllr Sinead Guckian questioned why nothing was done sooner if a breach of the planning laws was brought to the Council's attention. “It should be acted upon,” she stated.

Cllr Sean McGowan supported the motion and said the company was “completely wrong.” He said the steps taken by the Council was the right way to deal with the company.

“It's not right they chance their arm and be allowed ride roughshod over us,” he said.
Cathaoirleach, Cllr Seadhna Logan said companies can't take the law into their own hands and said he was glad it has been acted on.

Cllr Des Guckian asked if a company refuses to comply what exactly are the planners going to do to enforce the law?

Mr Gilhooley said there is a process that must be followed through and the planning authority has no power to shut anything down.

He said the Council receive in the region of 60 to 70 cases each year and all are treated equally on the gravity of the situation.
Cllr Des Guckian asked is the company allowed to apply for retention and asked Mr Gilhooley his view on it.

Cllr Guckian responded by saying if retention is sought and given, then it is a “free for all.”

Mr Gilhooley replied that every application is treated on its merits, all reports are taken into account and an assessment is made, there is no other way of dealing with it.

Cllr Stenson said that red tape has now been tied across that particular entrance.
“Leitrim County Council did act, that's as it is now,” he said.

However, Cllr Des Guckian said there is a gap in the planning law that he believes can and will be abused.