I spent many happy days on the lake 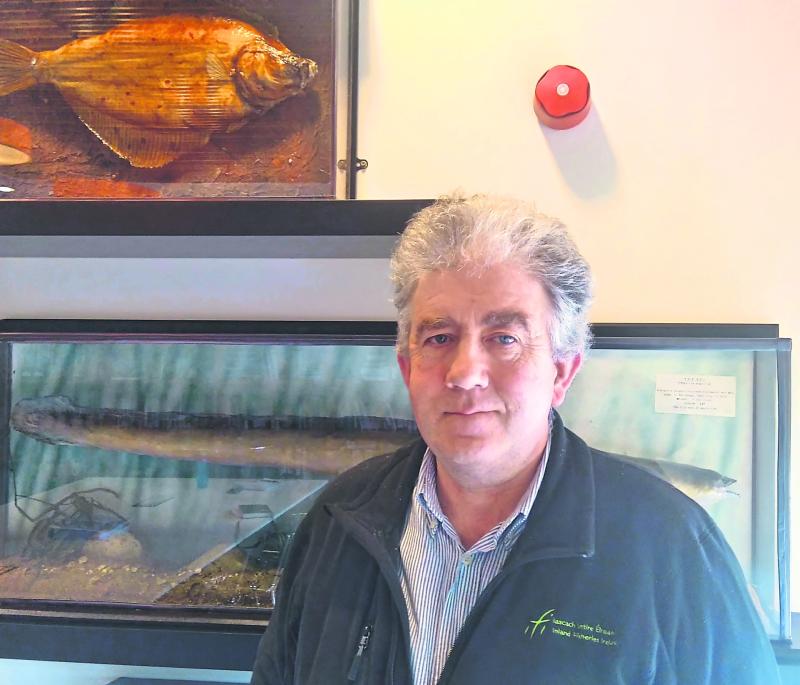 “It’s almost like a vocation,” says Noel McGloin. “We’re all very passionate about the fisheries habitat. The environment is always changing; nothing stays the same, so in this business colleagues would go the extra mile to help one another out.”

As Senior Fisheries Environmental Officer with Inland Fisheries Ireland, Noel is involved in overseeing the environmental aspects of the fisheries habitats in the rivers Boyne, Nanny and Delvin. It’s a role that combines office work (encompassing all the recent developments in Information Technology as well), while also getting out on the ground for observations and scientific analysis.

“Aspects like oxygen levels in the rivers need constant monitoring,” explains Noel, “and it’s about always talking with local people. We have to protect our environmental resources, and relationships on the ground are important aspects of that. Over the years, I’ve seen a much greater general awareness of the importance of the environment – and the connection between different elements of the environment.”

Although born in Athlone, Noel regards Drumshanbo as home, for that is where he spent his formative years and attended the local National School. His father, Gerry, from Kinlough, grew up beside Lough Melvin, while his mother, Maureen, is from Oughterard.

“All around Drumshanbo is full of rivers, including the important River Shannon and, of course, Lough Allen, with Lough Melvin to the north near Kinlough. My father was interested in fishing and I would have got on my bike and cycled to Lough Allen to fish by myself when I was growing up. I also went with friends out in a boat. I spent many, many happy days out on the lake. Brown trout would be our target, and pike as well, in Lough Allen. We’d also go to Lough Arrow, near Sligo. My mother is from Galway and my grandfather took me fishing there, too, to places like Lough Corrib.”

So, from an early age, Noel had significant, influential people around him.

“As a result of where I lived, I’ve always had an interest in nature and the environment, with water and habitats everywhere in Leitrim. I also had a very good career guidance teacher and he mentioned a brand new BSc in Environmental Science course that had started in IT Sligo, so I became very focused on that. Some people at that age don’t know what they want to do, but I was very lucky that I did. So, I started that four-year course in 1982 and it was only 45 minutes from Drumshanbo, so I was able to stay in touch with family and the local environment in Leitrim.”

After he qualified, a lucky break came in 1986 through a government agency called NADCORP, the National Development Organisation, and Noel ended up working with them at a fish farm close to home in Lough Allen (Aquahatch Ireland Ltd).

“My boss there was Dr. Pat Byrne, who later drowned tragically on the lake. A lot of people in the fisheries community knew him, studied under him. A very nice fellow. I was lucky that I was surrounded by good people, influential people, like Pat himself, Michael Keane and Dr Richard Fitzgerald, who died just last year. We were learning as we went along, too, and it threw almost any situation at you and you had to deal with it. There was great support from the community and it provided a lot of jobs locally and we used local products. I made many good friends there.”

When NADCORP was wound up, Noel heard there was a suitable job going in the Eastern Regional Fisheries Board at the time, and so he secured a position there in June 1991, based out of Drogheda. When it was restructured and renamed Inland Fisheries Ireland, Noel had by then acquired the new title of Senior Fisheries Environmental Officer, but with an operational area that still covers, approximately, from Clogherhead down to Skerries, down as far as Edenderry, up to east of Mullingar and to Bailieboro.

In his role, Noel is on various national and regional committees to do with heritage, and the Water Framework Directive, and interacts with stakeholders like the National Parks and Wildlife Service, local authorities, the farming community, industry, and so on, and all to do with protecting the fisheries habitat, our tremendous national resource.

Given the positive focus on Climate Change in recent times, he has noticed impacts over the years and gives one example.

“Floods impact the life in, and on, our rivers. If you have, say, insect invertebrates that the fish feed on and which are used to certain types of environments and not that many floods, then they could be all washed away when the floods happen because they might not be adapted to those conditions, then that has implications for the feeding of the fish, so all that has to build up again. A lot of these insects are quite complex and it might take them years to get to that stage.”

“For example, some of the Mayfly might only last a day when they hatch out but they might be three years in the water developing, so that affects feeding by trout and salmon. It’s all interconnected. Obviously, where you have pollution incidents that create fish mortality, that impacts the whole food chain, and it could take five or six years for the habitat to recover, depending on the circumstances. That is why it is taken so seriously and that is why there are laws are in place. In general, we try to be proactive and try and foresee possible damaging events before they happen. Again, it’s about relationships and communicating.”

And no prizes are being given out for guessing Noel’s favourite place.

“I have a very strong attachment to Lough Allen. I worked there in aquaculture for four and a half years after I graduated and we were working there nearly 24 hours a day at the time. It’s a historical place and it’s also very clean and in a beautiful setting. Of course, it also has the canal, part of the Shannon-Erne system, which the boats can navigate from Limerick to Leitrim.

“Lough Allen is always close to my heart, no matter where I am.”