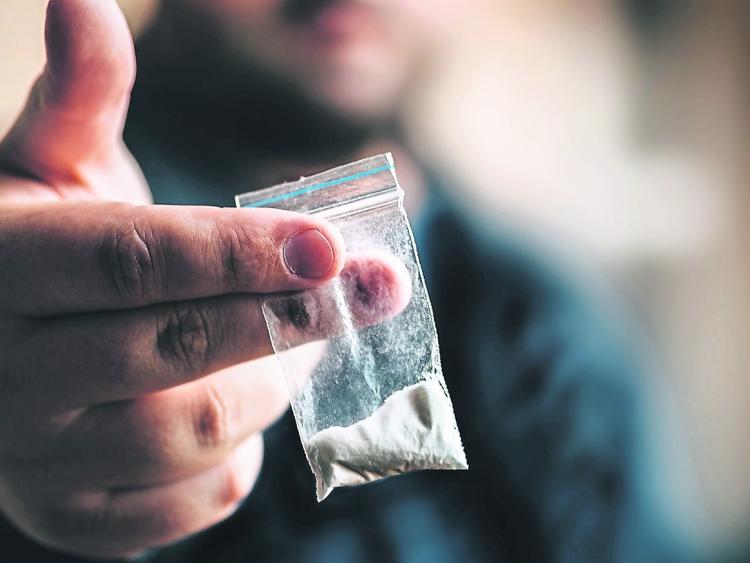 One of the famous lines from the memorable comedy series Only Fools and Horses was when the poor sap Rodney was asked which he preferred, grass or AstroTurf?
“I don't know, I never smoked AstroTurf,” he replied.
It was a great line and the early episodes of the classic comedy often referred to Rodney having a conviction for possession of marijuana.
The writers used this in another classic episode when Del was offered the chance to start afresh with a job offer in Australia. Of course, it was a house of cards and fell on Rodney's drugs conviction which prevented him getting the necessary visa.
While the comedic element of the story is funny, it also showed that there is another side to drugs where the consequences of a conviction have a real effect on your life, even many years later.
There's another old 'drugs' joke out there that's a bit corny but goes like this:
“Did you ever snort coke?”
“I tried it once but the ice cubes got stuck up my nose.”
It has long been debated about decriminalising soft drugs in Ireland and focusing on what many would see as more serious criminal offences.
In our job as reporters we cover the local courts and you often come across a case where a young person, mostly, is up before the court charged with possession of €5 or €10 of cannabis, or with having one or two ecstasy tablets worth about the same money.
To my mind, it is a monumental waste of time and resources bringing these cases to court.
The Government has recently announced new plans for dealing with personal drug use which will see first time offenders referred to the HSE for health screening instead of clogging up the courts.
The new system would allow first-time offenders to avoid getting a criminal record. The changes are being made as part of a new health-led approach to personal drug use, instead of criminalising those found with drugs.
This approach, according to the government, will aim to connect people who use drugs with health services to support them on their path to recovery.
In the first instance of being found in possession, gardaí will refer the person to health services. In the second instance, the gardaí will have discretion to issue an adult caution. Third and further offences will be treated within the criminal justice system, as is the case currently.
While the courts might welcome the reduction in cases, I'm sure the HSE will have its own concerns and it could be argued that it is just adding another layer of bureaucracy to the issue.
The initiative is probably worth trying but it is just a case of cautions rather than convictions and in reality it is only scratching at the surface of the problem.
This country, like every other country in the western world, is awash with drugs of the legal, illegal and prescription variety.
The so-called 'war on drugs,' if there even was such a thing, was lost a long time ago.
The boom is back alright and you can equate the increase in disposable income with a sharp rise in the use of drugs in society and cocaine in particular.
A sister paper of ours, the Limerick Leader, published articles earlier this year chronicling the devastation being caused throughout that county by cocaine.
And I'm not just talking about Limerick City - it's in every small town and rural village.
In one article a publican spoke of having to wipe up the cocaine from the tops of the toilet cisterns while young men queued up to use the cubicles to snort up every weekend.
Another exposé was given from the perspective of a rural drug dealer and what his customers were willing to do to get a hit. He was making between €300 and €500 off three particular female clients each night and it wasn't just money he was getting.
Here in Leitrim, there's no denying that it is as widespread as anywhere else in the country.
Anecdotal evidence shows that some young people use cocaine as their drug of choice on a night out and don't even take alcohol. They don't go out without their little plastic baggies of coke mixed with God know's what!
The measures announced by the Government, while welcomed in some circles, fall far short of the changes that had been called for by campaigners seeking the decriminalisation of people caught with smaller amounts of drugs.
Decriminalisation is seen as one of the most important steps in tackling drugs. That's the only intervention that the dealers fear.
What's the difference in using cocaine or getting out of your mind on drink? One is illegal, the other isn't (so long as you're not harming anyone else or a danger to yourself). There is a huge hypocrisy in that.
This week a young man from Clonmel died after ingesting some tablet at a music festival in Cork. No one knows what they are taking and the people who peddle it couldn't care less.
Did you hear the one about the drug dealer with the troubled conscience? I thought not, he doesn't exist!
It's a serious problem for society, an eternal one, but it doesn't have any easy answers.