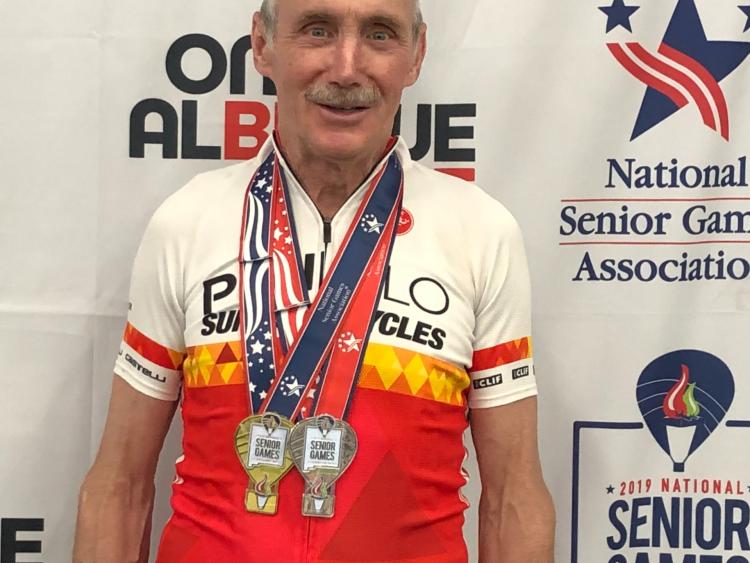 Frank Masterson, a native of Drumreilly recently took gold and silver at the National Senior Games

Frank took silver in the 20 km final and the next day he went one better winning gold in the 40km.

He competed against 39 cyclists from 20 other states during the games.

Frank and his wife Janette are presently home on holidays, the first time he has returned in the last four and a half years.

Frank also boasts a county senior championship medal from 1977 when he played with Drumreilly.

Having recently retired he is back home for a long stay and a family wedding but that has not meant he has forgotten about cycling.

He has been going along the highways and byways of the county as he prepares for the Huntsman World Senior Games which are being head in Utah and which he has taken part in for the last nine years.

Frank met his Scottish wife Janette in America where he emigrated to over 40 years ago. They have one son together and following his retirement from carpentry there will be no stopping this dynamic cyclist.