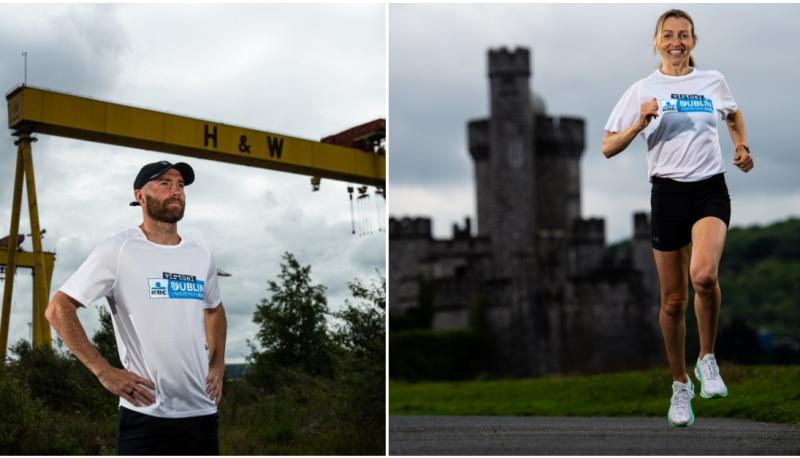 The KBC Virtual Dublin Marathon will take place on the October bank holiday weekend, marking when thousands of runners traditionally hit the streets of Dublin.

Despite the cancellation of this year’s marathon, the virtual race will ensure runners still have a goal to target. There are also options for runners to sign up to the KBC Virtual Race Series distances; 4 Mile, 10km and Half Marathon.

Race organisers are calling on runners to complete this year’s race in their hometown. Runners can complete the distances safely and responsibly in their local area supported by the Dublin Marathon app which will record their distance and upload their time automatically.

Finishers of the KBC Virtual Dublin Marathon and Race Series will receive the official commemorative medal, with the much sought-after beanie hat the bonus for all those who complete the marathon distance.

“While nothing can beat the atmosphere and support on the streets of Dublin of the friendly marathon, the KBC Virtual Dublin Marathon will be a close second. I am delighted for runners that they can stay motivated by having a goal to aim towards,” said Olympic Marathon runner, Lizzie Lee.

Stephen Scullion, National Marathon Champion 2019, who is set to compete in the 2021 Olympic Games said: “The official KBC Dublin Marathon app will be beneficial for runners, as they can track their virtual progress on the Dublin route, no matter what part of the country or world they are running in. It will be a real immersive experience for them.”

Marathon organisers have also worked to develop an app to support runners completing the marathon distance. The app has a built-in GPS tracking feature which automatically records your distance and time with results uploaded automatically when runners have completed their race.

Entrants can run the events over the following days, Saturday 24th, Sunday 25th and Monday the 26th of October. Runners must download the Dublin Marathon app to their Android or iPhone device to record the time and distance. Runners must complete the distance in one go.

On race day, runners select the KBC Virtual race they have entered, bring their phone with them and it will track progress on the virtual event route and record their time and distance. Supporters can follow runners by downloading app and by searching name on the tracker.

Jim Aughney race director said: “The KBC Virtual Dublin Marathon will allow runners to feel a sense of togetherness while they run in their own cities, town and villages around Ireland and worldwide.” He added: “We are urging all those who sign up to be responsible and safe in adhering to Covid-19 restrictions.”

Each year €9 million is raised for charity by the runners in the KBC Dublin Marathon and those who sign up are encouraged to use the opportunity to have a positive impact by raising much-needed funds for charities at this challenging time with charity partner Just Giving.

Aidan Power Director of Marketing and Corporate Affairs of KBC said “We wanted to mark what is traditionally a big weekend in the calendar for the running community. For the many loyal runners of the KBC Dublin Marathon, we wanted to offer them an opportunity to run the marathon virtually. While the KBC Virtual Race Series offers a variety of distances for runners of all abilities to sign up to.

"We launched the #RunThisTown social media campaign to showcase runners taking to their streets in their local areas during the month of May and the response was great. I am sure we will see the same enthusiasm for The KBC Virtual Dublin Marathon.”

Entries open for the public on Wednesday, July 15 at noon on kbcdublinmarathon.ie. Entry closes on Friday, July 24.