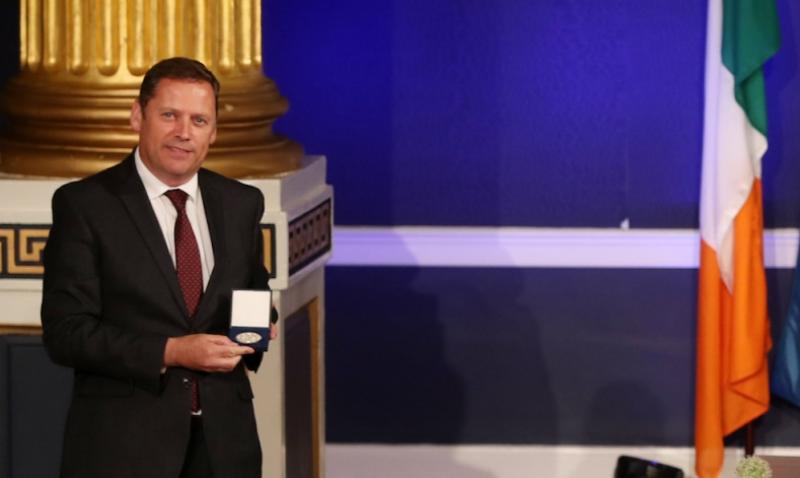 Offaly TD Barry Cowen is still trending on social media after his sensational sacking as Agriculture Minister amid a drink-driving scandal.

Taoiseach Micheál Martin confirmed his departure from the post in the Dail chamber on Tuesday evening. Cowen served just 18 days as a government minister.

Cowen served a drink-driving ban after being found to be over the legal limit and driving on a learner permit on the way home to Offaly from Croke Park in 2016.

Further details emerged in last weekend's Sunday Times suggesting Deputy Cowen turned away and attempted to avoid the Garda checkpoint. He refutes the accuracy of this detail and GSOC is now investigating how the pulse file related to the matter made its way to the media.

The Taoiseach said the garda report on the incident raised a number of other issues and he terminated the Offaly man's position as a member of government.

There has been a wide range of views and opinions shared on the matter on Twitter with thousands of tweets shared over the past 24 hours. You can see a sample below:

Barry Cowen’s sacking is extraordinary given Micheál Martin knew about the alleged attempt to evade the Garda check point last week - and knew Cowen had not addressed the issue in his apology to the Dail.

Martin defended Cowen in the Dail earlier today. What changed?

Odd that Micheál Martin accepts Barry Cowen had to come into the Dáil and give a further statement - and yet he voted specifically for this NOT to happen yesterday afternoon.

Certainly don’t miss frontline politics on a day like today. Cruel trade. Can’t help thinking that if every TD who previously drove after alcohol raised their hand - we would witness the first Dàil Mexican Wave. Not sure about double administration of justice for politicians.

I’d love someone to do a venn diagram with one circle for those who supported the media for breaking the Clare Daly story and another for the Barry Cowen yarn. Wonder would there be any crossover at all? People are weird. #itsastory

FF’s Michael McGrath tells @morningireland that Barry Cowen has “paid a huge personal price” but Taoiseach came to view “it was not politically sustainable” for Cowen not deal with issue head on. @rtenews

I was struck by the silence from most FF councillors in last 10 days and how that contrasted with the days immediately following Barry Cowen's appointment.

Alan Kelly must clarify what has changed that has led him to look for answers, having voted against the Dáil being allowed to ask questions of Barry Cowen, only a week ago. https://t.co/WQk7ED1wk7

This is the section of the Constitution that the Taoiseach used to sack Barry Cowen tonight.

Credit where credit is due for Michael Martin to sack Barry Cowen but questions still have to be asked what changed between 2pm in the Dail where he defended him and 9pm when he was sacked. What made him change his mind?

Barry Cowen has already set up a continuity Fianna Fáil - appropriately, its acronym is OFF. pic.twitter.com/yD97ZM0Y9T

Maybe things are FINALLY starting to change in Ireland! Drinking alcohol is not a "cool" thing as the majority of the population seems to think.

The “not without a fight” tone of Barry Cowen’s statement, coupled with the loud rumbles of discontent following the initial Cabinet announcements, suggests that there’s quite the little civil war going on in FF right now.