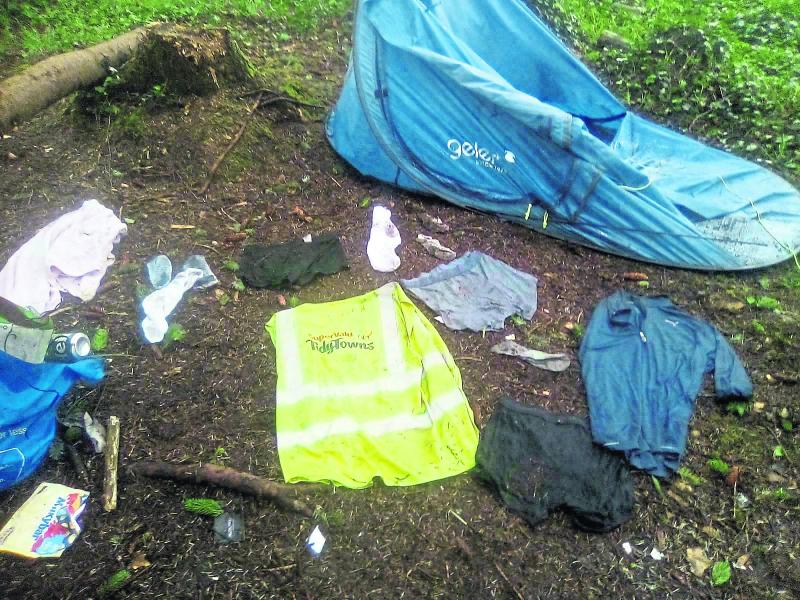 Some of the litter left behind

Residents in the Drumsna area have highlighted the growing number of littering incidents in their locality in a strongly worded letter to the Leitrim Observer.
This week, our paper received a letter from of residents who said they were upset by the “flagrant disregard for the environment” shown by some visitors to the area.
In their letter they note: “We are residents of the Drumsna area who have a great fondness for the local environment, as do many.
“We enjoy using the amenity of the Shannon, of which we were taking advantage by kayaking during the recent heatwave in which the whole country was enjoying,” they said.
They go on to describe how, on June 26, they came across what they describe as “the most wanton scene of depravity and flagrant disregard for the environment” about 300m from the N4 bypass. 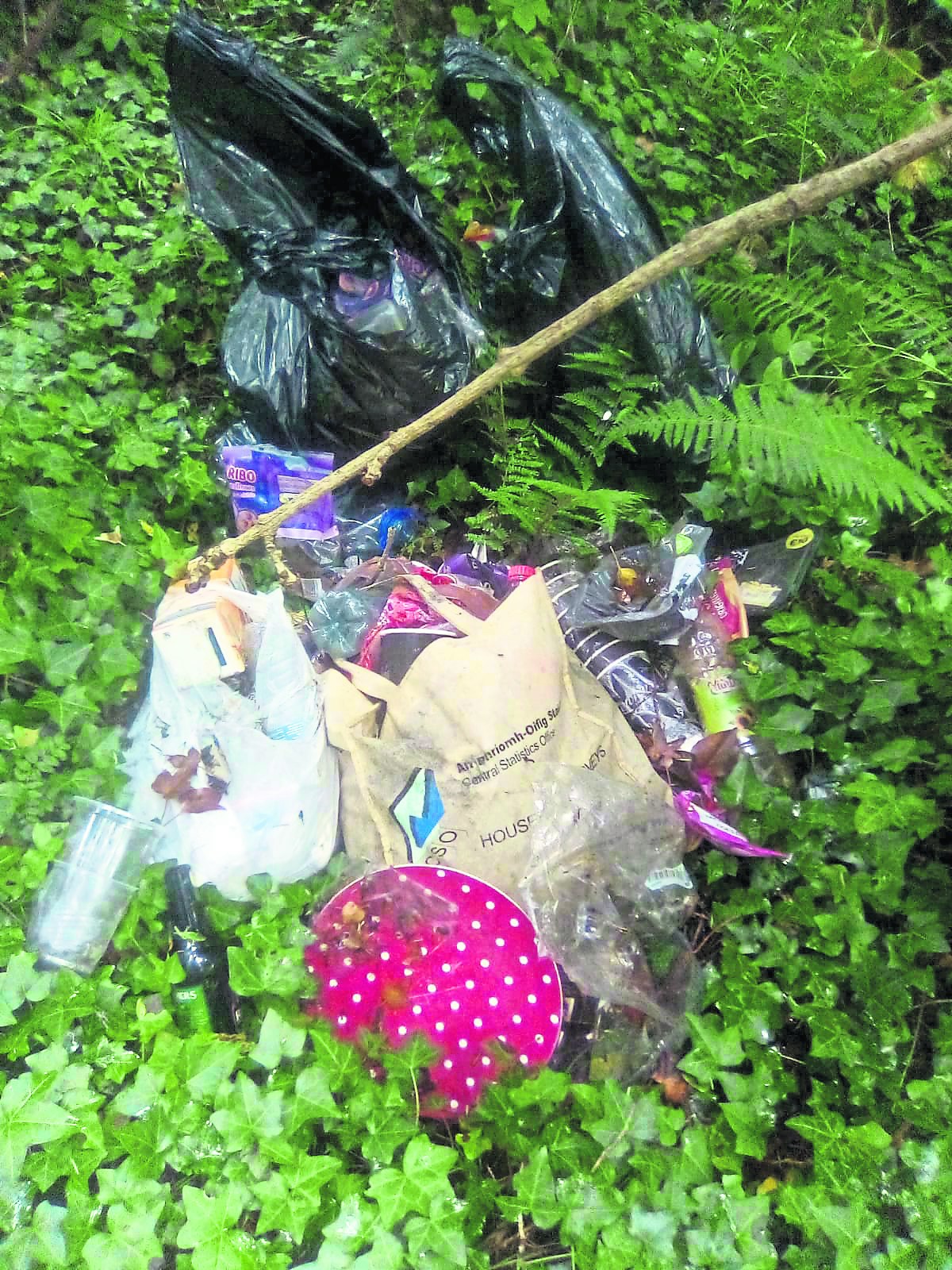 “On a flat rocky outcrop, only visible at low water, we saw the remains of a party/ barbecue after which those involved left behind a colossal amount of litter, mainly cans, plastic and glass bottles and clothing, including a tent,” note the group.
The residents returned to the area and short time later and gathered as much of the litter as possible adding “it is apparent from the clothing and other evidence gathered from the scene, including a name, that these partygoers were not young teenagers, or middle aged people but rather university aged people.
“The blatant disregard for the environment shocked us, having witnessed similar scenes a short time earlier at Drumsna harbour and also at the picnic area by the bridge.
“Strangely enough, during our kayaking we saw a rather expensive red yellow and orange towel abandoned at the scene. However when we returned to collect the litter, we noticed that someone had returned and dutifully collected this good towel, but not one of the party goers returned for their litter.
“It is particularly upsetting considering the recent environmental education that this age group received and that they are the future guardians of our planet.”