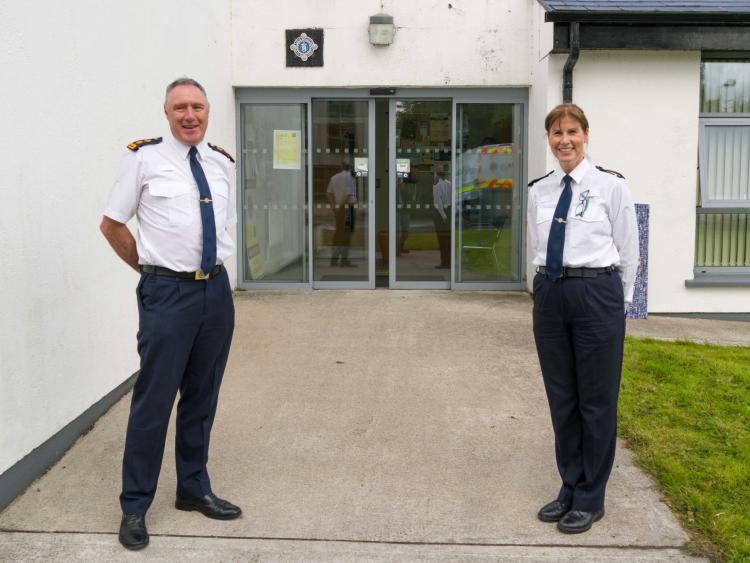 Newly appointed Superintendent for Co Leitrim, Mandy Gaynor, said she is looking forward to her new role as she officially took up her appointment on Wednesday, July 8.

The Dublin native who is based in Ballina, Co Mayo was recently promoted to the rank of Superintendent and takes over the role from the recently retired Kevin English.

Speaking at a function at Carrick-on-Shannon Garda Station last Friday, Supt Gaynor said she is getting used to the lie of the land in her first week in the job but is looking forward to working in Co Leitrim.

She has spent 21 years in the West of Ireland, mostly in Co Mayo and was formerly a community engagement Inspector for the Belmullet area.

Supt Gaynor said she took a walk up town on Thursday and met a few of the locals.

“They were all very welcoming and glad to see me in town. There's a lot to learn and lot of people to meet and a lot to figure out but it seems to be a very positive station party and a nice station building and everyone seems to be very proactive and enthusiastic,” she said.

Supt Gaynor acknowledged the different aspects of policing in Co Leitrim, a very rural and sparsely populated county coupled with a county town with a very busy night time economy.

She said the public order aspects with the night time economy in Carrick-on-Shannon and rural policing and community engagement are very important.

This comes on the back of the recently established new community policing unit based in Drumshanbo, manned by a sergeant and three gardai.

“I think that's the way to go, to engage and to work together to make the community the best place we can to live in.

“It's a blank canvas so I'm looking forward to it, onwards and upwards.” she remarked.