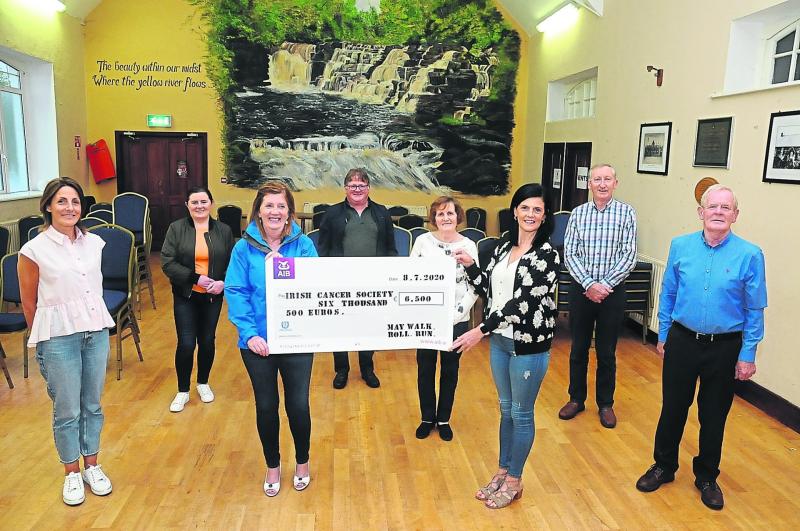 The Annual Aughnasheelin 5km/10km May Walk in aid of Cancer Research / North West Hospice took a virtual turn this year.
Due to Covid19 restrictions it was not possible to gather and walk so it was decided to take to social media to raise the funds.

This proved very successful and raised €13,000 for the two charities. Members of the Sammon Family in San Francisco, Sydney, Boston, London, Dublin, Wexford, Kildare and Aughnasheelin, linked through Zoom, walked / ran / cycled 5/10K on Sunday, May 31 on behalf of all who contributed so generously.

Ena paid a “sincere word of thanks to the Sammon family for hosting the May walk this year online. Aside from Covid 19 this has been a personally difficult time with the sad passing of their lovely father Michael. We truly appreciate your amazing support. Well done to all the grandchildren who utilised social media to raise a phenomenal amount of money. Thank you to all involved and to the Aughnasheelin Community for your continuous support.”

Mary Martin Curran, Board Director NWH and Bernadette McGarvey, head of fundraising North West Hospice accepted the cheque on behalf of the North West Hospice. Mary sincerely thanked the organisers and all involved for the generous contribution which goes towards providing home care for those living with cancer. 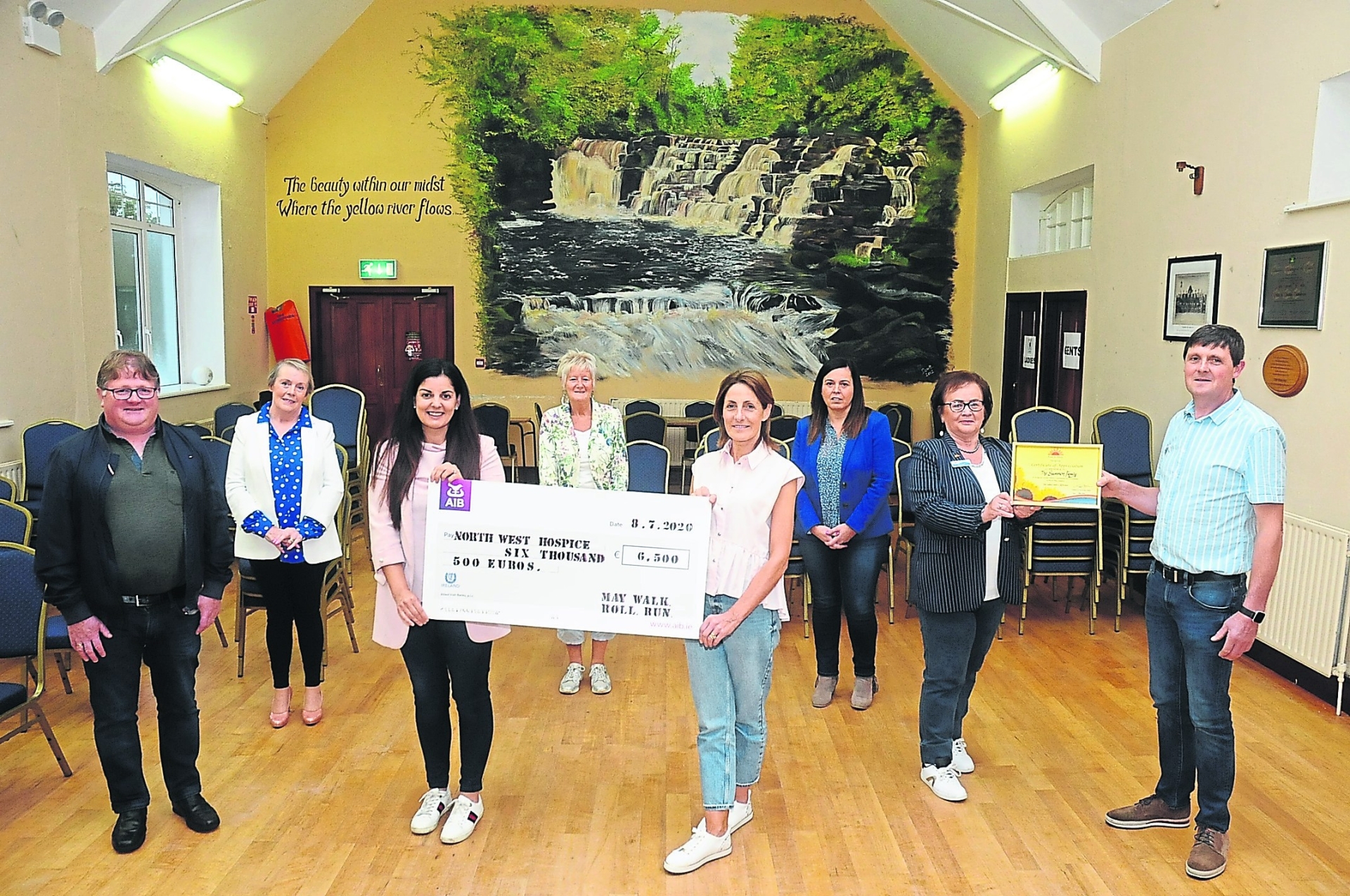 Speaking at the presentation Seamus Prior on behalf of the organising committee thanked all who contributed so generously to the fund in what was a difficult year for everyone.

A big thank you to all who came out to the presentation and to Willie Donnellan who took the pictures at a social distance.

Pictured at the presentation of a cheque for €6,500 to the North West Hospice from the ninth annual May Walk Roll Run which took place in Aughnasheelin on Sunday, May 31. (From left) sponsor Michael McGovern of Donohue's Super Valu, Ballinamore, sponsors Detta McNiffe of McNiffe's Boxty, Bernadette McGarvey, Head of fundraising, North West Hospice, Maura Mulvey, Mary Sammon Quinn, Kerry Meehan, Mary Curran, Board member, North West Hospice who presented a certificate of appreciation to the Sammon Family and Brendan Sammon Picture: Willie Donnellan