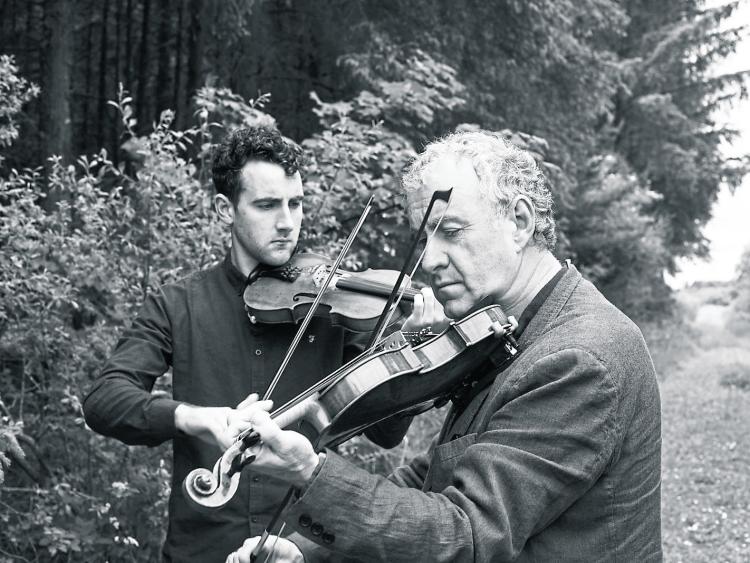 For the special off site gig in The Market Yard John & James Carty will focus on the art of duet playing, utilising material from a wide variety of sources

The Dock is delighted to have teamed up with The Market Yard in the centre of Carrick-on-Shannon to programme a series of live weekend concerts throughout August.

Beginning on Friday August 7 and continuing until Saturday, August 29 the concerts will have a limited seated capacity in line with current regulations and will be closely managed to ensure everyone has a safe and very enjoyable night out.

The programme will feature a mix of traditional, singer-song writers, bluegrass and Jazz offering something to suit all tastes. They are delighted to kick off the series on August 7 with father and son duo, John and James Carty.

Having opened the doors of The Dock again in mid July, there is free admission to see an exhibition of beautiful work by painter Sinéad Ní Mhaonaigh.

This move to live concerts marks a welcome shift back to what is hoped will become a regular occurrence for audiences who have missed the opportunity to see and hear great music while socialising with friends. Having live music in the very centre of the town will, it is hoped, show that Carrick is open for business.

Tickets are on sale now on The Dock website at www.thedock.ie

These shows are expected to sell out so early booking is advised. All concerts will start at 7pm.

Friday, August 7 - John & James Carty
For this special off site gig in The Market Yard John & James will focus on the art of duet playing, utilising material from a wide variety of sources including their local area of Boyle which lies in North Roscommon cushioned by neighbouring counties Sligo and Leitrim.

Friday, August 14 - Dermot Byrne & Steve Cooney
Two of Ireland’s most lauded traditional musicians perform together for Music Network’s Live and Local series. Dermot Byrne’s seemingly effortless playing, combined with great subtlety and a faultless ear, makes him one of the finest accordion players of his generation.
Steve Cooney is best known for his development of an influential style of guitar accompaniment to traditional Irish dance music in West Kerry.