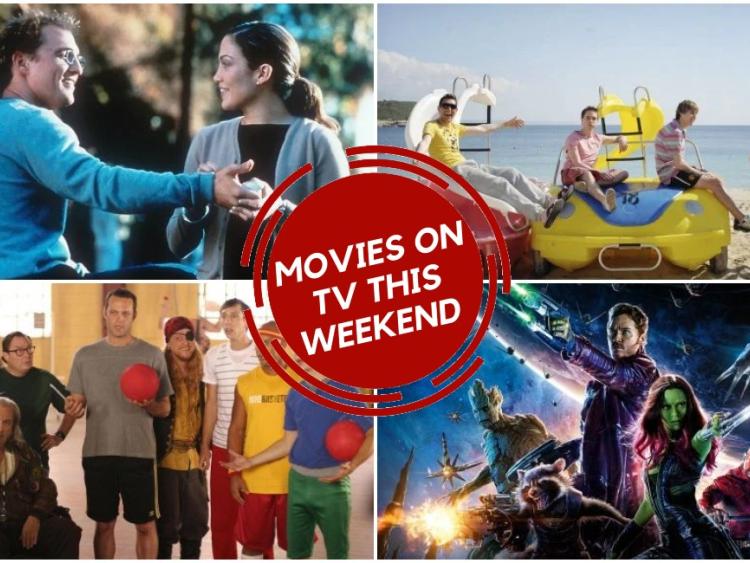 Friday has rolled around once more - here's your guide to the best movies on TV this weekend.

A lawyer whose underhand ploys to win cases leave him little time to see his son discovers he is incapable of lying after the boy's birthday wish makes his dad tell only the truth. However, this causes a host of problems as the attorney tries to muddle his way through a high-profile divorce settlement. Comedy, with Jim Carrey, Maura Tierney, Justin Cooper, Jennifer Tilly and Cary Elwes

A traumatised former prisoner of war gets married, but continues to suffer nightmares about his experiences. He is unable to talk to his wife about his time in captivity, so she tracks down a fellow hostage to learn the truth - and discovers the cruel Japanese officer he is fixated on is still alive. Fact-based drama, starring Colin Firth, Nicole Kidman and Stellan Skarsgard

Awkward teenagers Simon, Will, Jay and Neil plan a holiday to the Greek island of Crete after they finish their exams, hoping to experience drink, sex and debauchery beyond their wildest dreams. However, things do not quite work out as planned. Comedy based on the TV series, with Joe Thomas, Simon Bird, James Buckley and Blake Harrison

Biopic of mathematician Alan Turing, whose work during the Second World War translated seemingly unbreakable Nazi codes as well as pioneering the development of computer technology. In the years following the war, his life would be destroyed as his homosexuality was discovered, leaving him facing criminal charges. Starring Benedict Cumberbatch, Keira Knightley and Charles Dance

San Francisco wedding planner Mary Fiore organises other people's nuptials but has never had much luck in love. One day she is swept off her feet by handsome doctor Steve Edison. They spend a magical night together and all seems perfect, but her dreams of him becoming her husband suffer a setback when she discovers she has already been hired to organise his marriage to another woman. Will true love find a way? Director Adam Shankman's romantic comedy, starring Jennifer Lopez, Matthew McConaughey, Bridgette Wilson-Sampras, Justin Chambers and Joanna Gleason

A boy abducted by aliens grows up to be an interstellar mercenary. He and a band of misfits break out of a prison space station with a plan to sell a mysterious orb to the highest bidder - but cross a warlord, who intends to turn it into a powerful weapon. Sci-fi adventure, starring Chris Pratt, Zoe Saldana and Dave Bautista, with the voices of Bradley Cooper and Vin Diesel

A virus sweeps across the globe, turning everyone infected into mindless, ravening zombies. As entire countries fall into chaos, a United Nations investigator sets off on a journey around the world to discover the cause of the pandemic and hopefully find a cure before human civilisation is brought to an end. Thriller based on the novel by Max Brooks, starring Brad Pitt and Mireille Enos

God tires of a down-on-his-luck reporter's constant complaining, so passes on His powers to give him a taste of ultimate responsibility. The newsman falls in love with his extraordinary abilities - but a never-ending stream of incoming prayers and his ambitious attempt to please everyone soon prove there is more to the job than meets the eye. Comedy, starring Jim Carrey, Jennifer Aniston and Morgan Freeman

The struggling owner of a run-down gym is forced to take drastic action to prevent an arrogant fitness guru buying the business out from under him - and enlists his customers to form a dodgeball team in the hope of triumphing in the US championships. Sporting comedy, starring Ben Stiller, Vince Vaughn and Christine Taylor

Former government operative Jason Bourne has been in hiding for 12 years after exposing a sinister CIA operation. However, he once again finds himself being hunted down when a former CIA operative gone rogue acquires top secret information - including details of Bourne's own father's involvement in a clandestine scheme. Action thriller, starring Matt Damon, Tommy Lee Jones, Alicia Vikander and Julia Stiles