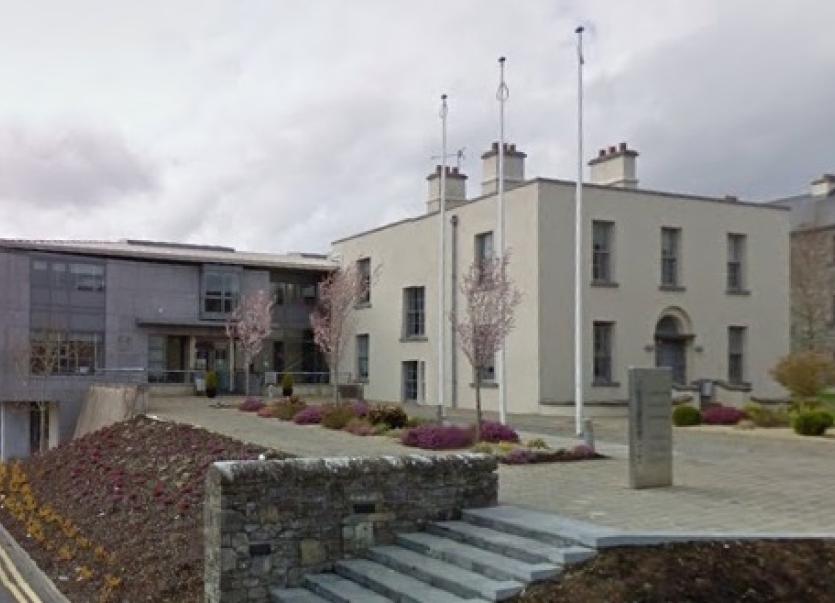 Chief Executive of Leitrim County Council, Lar Power, has described as “scurrilous, defamatory and derogatory” comments made by Cllr Des Guckian at Monday's Council meeting.
Controversy arose over a motion by Cllr Guckian, calling for a major inquiry to be set up into housing estate development in Leitrim over the last 20 years.
Cllr Guckian brought forward the motion noting “such development has proved to be a disaster, with many unfinished estates, many abandoned estates and still a large number waiting to be taken-in-charge, developers going bankrupt and bonds proving totally inadequate to help finish off the necessary work on estates.”
Expanding on the proposed motion, Cllr Guckian said that there had been over 230 estates developed “in an uncontrolled manner” and made a number of comments about the Council and the way they handled development of the county.
He accused the Council of not seeking proper bonds from developers and told the Council to “come clean with the public and hold a major inquiry”.
Cathaoirleach, Cllr Mary Bohan said she “didn't like some of the language” used by Cllr Guckian in his comments adding some were not “fair statements” and “not appropriate”.
Cllr Paddy O'Rourke said he had read the motion and listened to Cllr Guckian's comments but “rather than being on the periphery” and making accusations, he suggested Cllr Guckian should try to work in cooperation with the Council.
“Some of us have taken the approach of working in cooperation with the Council and have gotten some satisfaction, maybe he should go in that direction rather than in a confrontational direction,” he said.
Responding to Cllr Guckian's motion, Director of Service, Joseph Gilhooly, noted that “whilst it is correct that the county has experienced an issue with unfinished housing estates over recent years, particularly following the economic crisis (2008 to 2011) the situation... has vastly improved as the economy has recovered.
“It is not considered that any enquiry is warranted in respect of the commercial housing development sector within the county,” he said.
Mr Gilhooly noted the problem of unfinished estates is not unique to Leitrim. He acknowledged the “Council is incurring costs associated with the taking in charge of some estates due to having to undertake works where there are insufficient monies available through either the bond or cash deposit.
“However, the scope and purpose of a cash deposit or bond must be borne in mind as it is not to fund the Council to step in and take over the role of the developer and finish an estate but essentially to assist a Council in tidying up an estate that has been completed.
“As such, a bond is calculated at a fixed amount per housing unit. In the case of the historic developments this unit cost was €3,804. The current, national cost is €7,000 per unit,” he said.
“While there are a number of estates not taken in charge at this time, the taking in charge process is, in and of itself, nothing to do with whether or not an estate is completed: it simply means to transfer the responsibility for the maintenance, not ownership, of the services within an estate to the relevant maintenance body.”
This means the Council becomes responsible for the maintenance of roads, road drainage and street lighting with Irish Water responsible for water mains and sewers.
He noted the maintenance of open spaces and boundaries does not fall to the Council or Irish Water and remains a matter for the home owners in an estate “to do so either through a Residents Association or the hiring of some management agency or contractor”.
“Similarly, taking in charge is not obligatory. In order for the Council to consider taking an estate in charge it must first be asked to do so. The Council has no legal authority to itself decide to take an estate in charge in the absence of being asked to do so,” he noted.
The developer can request that the Council take an estate in charge but the estate must be satisfactorily completed.
“The Planning and Development Act, 2000 (as amended) also provides the means where the majority of homeowners within an estate, after a set period of time (currently 4 years after the expiration date of a permission), may request the Council take an estate in charge,” said Mr Gilhooly.
The Council established a dedicated unit to undertake the task of “securing possible workouts for the unfinished estates". Funding in the region of €1.2m has also been secured to address the more problematic estates.
Mr Gilhooly added, “It is incorrect (of Cllr Guckian) to state that there remains a large number to be taken in charge” citing that of the 227 estates, 66 did not qualify for taking in charge; 3 were active sites and 9 were on the National Unfinished Housing Developments register and remained problematic.
Of 149 estates which could be considered for taking in charge, 102 had already been through the process. Of the remaining 47 estates, applications had been received to take in charge from 23 estates and no application had been made in the case of 24 estates.
Chief Executive, Lar Power, said he shared the concerns of members “about the accusations Des is making”. He said comments made by Cllr Guckian are “scurrilous, defamatory and derogatory”.
“I certainly won't have an inquiry,” he said.
When a seconder was sought for Cllr Guckian's motion, none appeared and the motion failed.