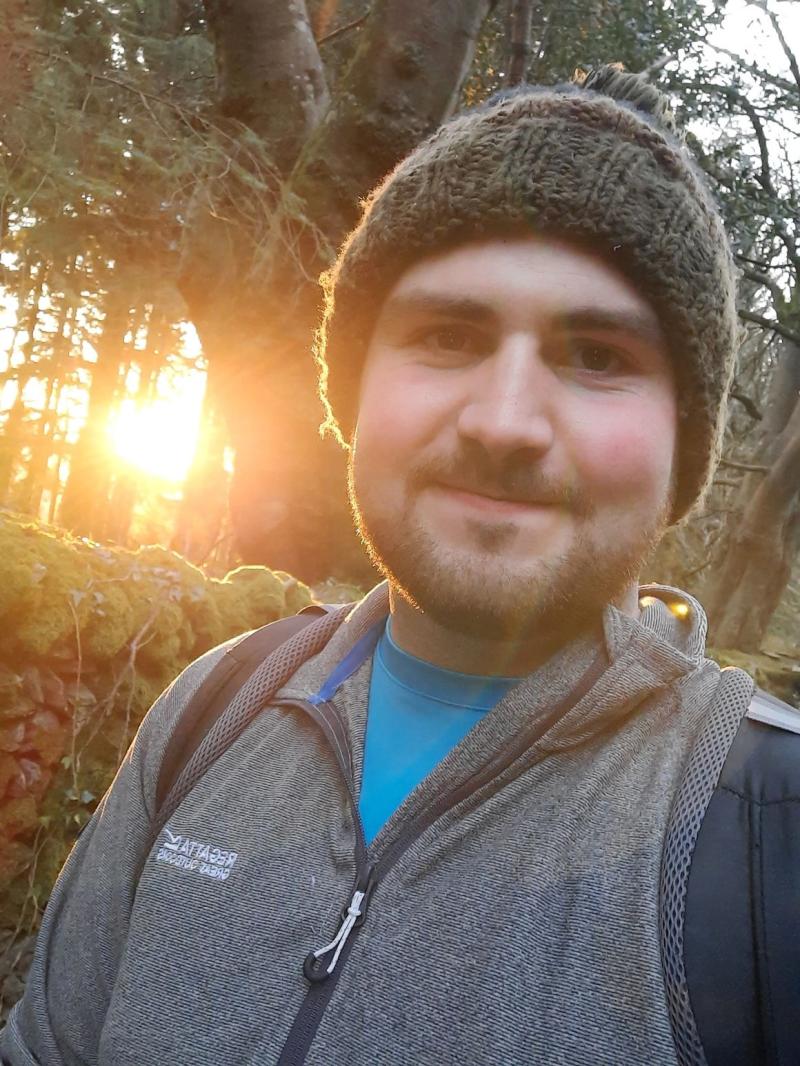 John Finnegan from Drummerkeane, Co Leitrim is a man on a mission and that is to walk 1,000kms while hoping to raise money for the Irish Cancer Society.
At his own expense John began his 1,000km walk on Saturday, July 2 and over the next 40 days is walking from Co Cork to Co Antrim along the Ireland Way in aid of this special charity.

Talking about the reasons why he choose this particular charity John said “As with most people, I am extremely aware of the impact that Cancer has on the lives of countless people around the world.
“In taking on this challenge, I hope to raise awareness and funds for the Irish Cancer Society so as to help with the great work they do every day.
“My trip will be self-funded and all donations will go directly to The Irish Cancer Society.”

John is carrying all of his gear and wild camping along the way with one night a week in a hostel or B&B to clean up and wash clothes.
He is also carrying a mini banjo with him for a tune or two along the way.
John is also doing a blog along the walk entitled ‘Gone Walking’.
In it he outlines the route he will be taking.

This recently developed hiking route links the established Beara-Breifne Way with the Ulster Way and takes roughly 40 days to walk. Though 50 percent of the trail follows small country roads, the remainder of the route also travels through seven mountain areas, numerous farms, bogs, woods and features some coastal scenery at each end of the trail.

The Ireland Way is deemed to be of moderate difficulty as it traverses several mountain areas, with a total elevation gain of over 40,000 feet. The initial sections of the trail further south, are considered to be quite mountainous and physically challenging along with being quite remote, leaving longer stretches between resupply opportunities and facilities.
The trail is maintained voluntarily by individuals and groups along its length.

The Ireland way is quite a new trail and has only been properly established in recent years.
As a result of this, there is little in terms of infrastructure by way of accommodation near to the trail, though you are never too far from civilisation.
For this reason, most who walk the trail rely on wild camping for the majority of the trek. This is how John intends on hiking the trail.
You can check John out at gonewalking.eu and on Instagram and Facebook.