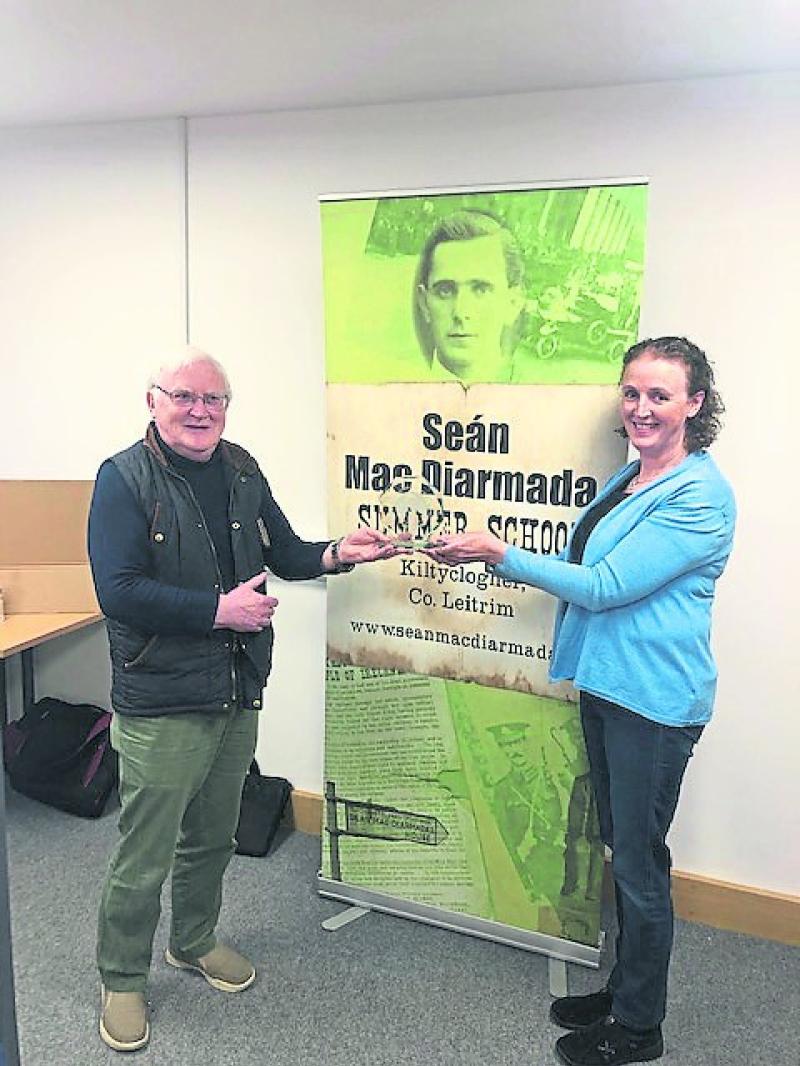 The Sean Mac Diarmada Summer School was broadcast live, online, for the second successive year on Friday, June 4 and Saturday, June 5.  The Summer School hosted a line-up of high profile speakers over the Friday evening, and on Saturday.

Following the undoubted success of 2020’s online event, it was decided to proceed in the same manner for 2021, given that the Covid-19 pandemic and the restrictions associated with it, did not allow for the resumption of a “real” event in Kiltyclogher Holiday Centre.

The committee decided not to charge for the event during the Covid period. It was again, as with last year, a huge success with a 40% increase in overseas attendance. Given its success, the committee has already started planning next year’s event which will be back physically in Kiltyclogher and live streamed to the dispsora abroad.
The theme of the event was  ’Reflections on the War of Independence 1919-1921’.

The summer school of 2021 wishes to thank all the speakers who took part in the summer school. This included Prin Duignan, who co-ordinated the event from its inception in 2009 and who the committee are indebted to for steering this through in the early years.
Other speakers were Francis White and Sinead Guckian. The committee would also like to thank Ambassador Adrian O’Neill, the Irish Ambassador to the UK as well as Professor John Crown (leading consultant medical oncologist) for opening the event.
Saturday commenced with three times former Taoiseach of Ireland, and a key broker in the Good Friday Agreement of 1998, Mr Bertie Ahern. Mr Ahern focused on how the War of Independence shaped the fabric of Irish life for the next one hundred years.
In his presentation, Senator Michael Mc Dowell, former Tanaiste, Attorney General and Minister for Justice, Equality and Law Reform, contended that the War of Independence was “A justified struggle.”

Dr Sinead Mc Cool, historian and curator, spoke on the role of women in the War of Independence, with special emphasis on Min Ryan and the Ryan sisters.
Jack Ryan occupied the Youth Speaker slot in a new initiative created by the summer school committee for the 2021 event.
This exciting development  sees the event approach a different third level educational institution each year,  inviting a representative student speaker, thus offering a voice and a platform for aspiring young academics, and possibly,  the policy makers of the future.

Jack Ryan, representing the History Department at NUI Galway, is  a third Year undergraduate student of English and History. His presentation, ‘Youth Perspective on the War of Independence and its Legacy,’ analysed the War of Independence from the objective distance of one hundred years and the thinking of his generation.
Ronan Mc Greevy, Irish Times journalist, examined how Ireland’s freedom was never a given, and was far from inevitable,  in his presentation, ‘The Miracle of Irish Independence’.

Keynote speaker, Professor John Crown, brought the event to a close with his presentation,  ‘Building an island of saints, scholars and scientists’.

The 2021 strong speaker line up combined with a range of interesting and diverse presentation titles resulted in a dynamic and engaging event.

The summer school attracted a large audience in the UK,  and London, in particular, due to active advertising and promotion of the event there. It also reached out to participants in North America, Australia as well as the Middle East.
The long-term aim of the committee is to establish hubs in various locations around the world showing  a high density of the Irish diaspora. From 2022 onwards, through a live streaming of the event alongside a “real” experience in Kiltyclogher, the committee hopes to bring Leitrim, its history and heritage, its culture, landscapes and environment, to a world-wide audience and showcase the very best of this unspoiled and special county.

The committee of the Sean Mac Diarmada Summer School would like to acknowledge, and thank, Leitrim County Council, for its  continued support of the event since its inception in 2009. In addition, the committee is most grateful to Gerry Keany, London for his invaluable help in promoting the event in the Irish community there.   A special thanks to Regina Fahey – Summer School Co-ordinator and Kate McCarthy for their very professional approach to deliver a quality event.