Daniel O'Donnell, Seamus Coleman and Rachael Blackmore are among those supporting the event 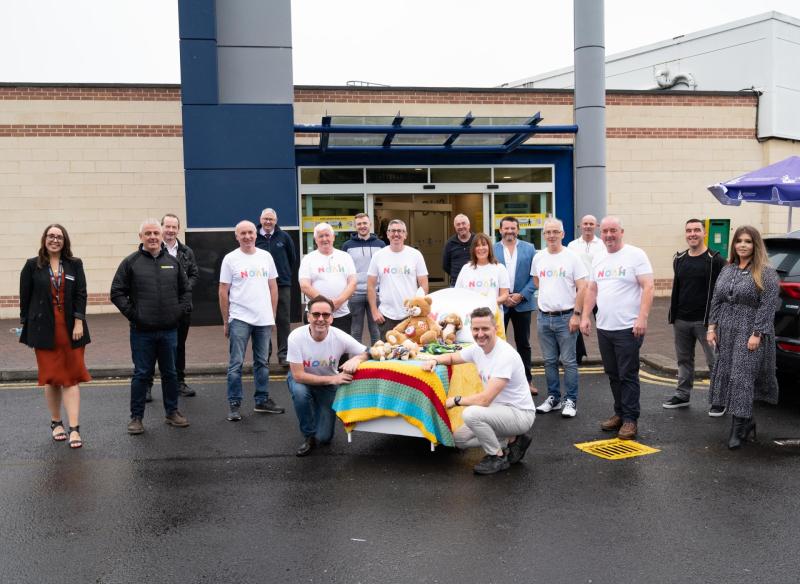 Some of Ireland’s biggest stars, including singer Daniel O’Donnell, Republic of Ireland soccer captain Seamus Coleman and leading jockey Rachael Blackmore, are among those taking part in one of Ireland’s most challenging fundraising events which has set off from Dublin.

“Noah’s Bed Push” is in aid of nine beneficiaries that have supported young Noah Gooch, a six-year-old boy from Donegal who was diagnosed with cancer this year.

Noah has won the hearts of thousands of people all over the world, many of whom have offered support through social media and local fundraising events.

The bed push begins at Crumlin Hospital for sick children in Crumlin, Dublin, this Thursday morning - and many will join in for spells en-route to Donegal.

Daniel O’ Donnell will take part in the Donegal leg of the journey into Letterkenny which ends on Sunday evening at Letterkenny Hospital.

Irish International and Everton soccer star, Donegal’s own Seamus Coleman is lending his support along with Rachel Blackmore, the first ever female winner of the Grand National.

Also supporting the event will be Ruby Walsh, Padraig Harrington plus a whole host of figures from the world of entertainment and sport.

Noah’s parents Lee and Claire have been overwhelmed by the response so far and the kindness and support for the family and the nine chosen beneficiaries has been overwhelming.

Look out for Noah’s Bed Push over the coming days and donations can be made through https://www.gofundme.com/f/noahs-bed-push