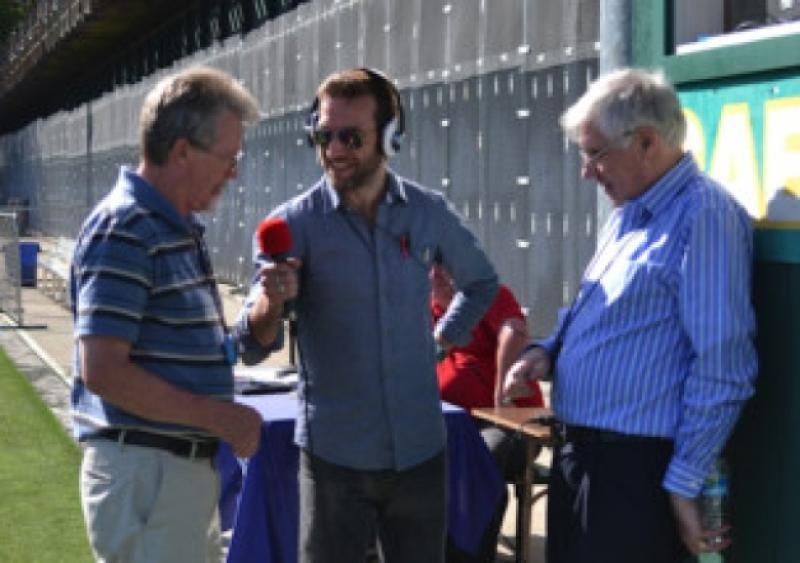 You may be able to question what good a game like Sunday’s does for either team, but you can’t question the value of the occasion. This Sporting Life - Colin Regan

You may be able to question what good a game like Sunday’s does for either team, but you can’t question the value of the occasion.

For the boys on the field it is all about the result, and so it should be. They have a job to do. For the thousands of friends and family and neighbours that come to Gaelic Park and make it one of the most unique sporting occasions on the Irish-American calendar, its about life. That might sound a bit cheesy but the best of life in Leitrim was on display in that old famous ground on Sunday.

Walking around after the game was akin to having a reunion of all the disparate aspects of your life at once: a school reunion, a college reunion, a work reunion, a football reunion, a community reunion. It was ‘The Gathering’, Leitrim style, in the middle of the Bronx, with an after-party in Yonkers.

Where else would you get to catch up with Noel ‘Stumpy’ McBrien abut life in New York and the impending arrival of his third kid while listening to Dermot Reynolds tell you about his new club in Kildare and how much they enjoyed their weekend in Carrick-on-Shannon for the Sevens tournament? Where else would you want to be on a sunny Sunday in May?

Turn around and Enda Stenson introduces you to the Irish Consulate to New York while the brother of a lad you went to college with in 1994 (a Dub) reaches out to introduce you to his Leitrim parents and family. Pretty much every team I have ever played on were represented with Leitrim legends like Christie Carroll and Red Reynolds chatting with all the fans who cheered them on down through the years. Various great Leitrim ladies teams were also well represented. Basically, we took over the place. Chatting to some of the New York County Board, it’s the Leitrim game that brings the greatest crowd and occasion to this unique championship series.

Paul ‘Pommy’ McGovern, down from Boston for the game, told a tale of how he was checking into his hotel in Yonkers on Sunday morning only to overhear a well-weathered Leitrim man asking the lady at the desk where Gaelic Park was located. The fact that she didn’t have great English or was unlikely to be aware that such a thing as the GAA even existed, didn’t deter him.

“Leitrim are playing New York there today,” he prompted, without offering any additional context. “It’s the first round of the championship. Throw in is at 3pm, we want to get there good and early.” He couldn’t fathom how she hadn’t heard about the game. Fortunately, Pommy knew the way. Another top anecdote told recalled how a doorman in one of the hotels stopped one of the Leitrim guests who was wearing the latest jersey with The Bush Hotel blazoned across the front.

“Has that S.O.B. got a hotel now?” he asked, referring to the former President of the United States. I don’t know if Joe and Rosie Dolan could persuade George W. to appear in a promotional campaign, or whether they’d want him to!

Grainne Burns and Enda made the trip from Toronto, Paul Foley came from San Fran, but the prize for biggest effort has to go to Pauric McWeeney who came from Australia for the game. It’s a small big world these days.

My hand is still hurting from all the handshakes and back slaps and my throat is raw from the laughing and talking. As a player you were always slightly removed from the occasion. You were so focused on the job at hand – of putting in a winning performance – that you missed a lot of the nuances and people that make up this great occasion. That said, I instantly recognized the broad smiles of satisfaction the players wore as they emerged from the changing rooms after the game: job done, now lets have some fun. They deserved all the fun of the fair. They played brilliantly and represented their county with pride and proved outstanding ambassadors both on and off the field. Barney and George have a great bunch of lads there, and they have the potential to go places.

But Stumpy was genuinely concerned that Leitrim might have won by too much. He is worried that the annual trip by Connacht counties to the Big Apple could be culled if New York can’t make a better game of it in the future. He explained that for those from Connacht living in the States it is one of the most important days of their year, whether they’re from Leitrim, Sligo, Roscommon, Galway or Mayo. It’s also incredibly important to the New York GAA family. They get to extend their warm welcome and put on a great day for all concerned in their backyard. It’s important for the New York players too. CJ Molloy is born and bred in America, and he got to pit himself against the best Leitrim has to offer. His uncle Anthony Molloy holds an All Ireland medal in his back pocket. These links are important. It’s not just about the result.

I certainly think it should continue. As I already said this is one of the most unique sporting occasions I have ever witnessed. I’m looking forward to 2018 already.