Majella O’Donnell showed us all
we can fight 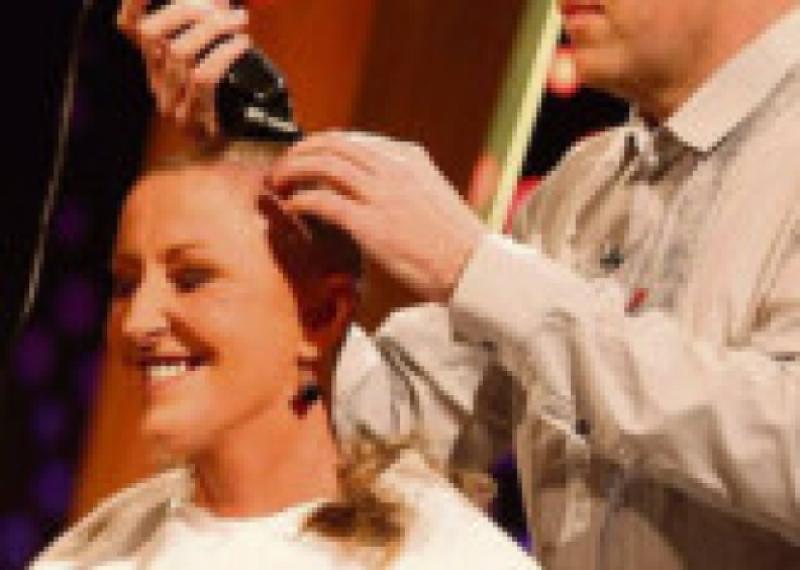 There wasn’t a dry eye in Ireland as Majella O’Donnell shaved her hair on the Late Late Show. Once again it was the women of Ireland who show us the real bravery grit and determination that has been the lifeblood of our nation through so many troubles. Mixed Blessings with Kevin Blessing

There wasn’t a dry eye in Ireland as Majella O’Donnell shaved her hair on the Late Late Show. Once again it was the women of Ireland who show us the real bravery grit and determination that has been the lifeblood of our nation through so many troubles.

Majella’s action that night has raised over four hundred thousand euro for the Irish Cancer Society, as I sit down to write this weeks ‘Mixed Blessings’, but for me, it has raised much more than money!

Don’t forget, Majella is a very ordinary lady. Up until her marriage to Daniel O’Donnell, she was a normal, quiet member of the public. She is not used to the limelight and has never sought it, even since she married the most famous crooner in Ireland.

Throughout her marriage, Majella has done pretty much the publicity she has needed to as Daniel’s wife, no more. She hasn’t tried to launch a serious music career or a range of perfumes or anything else that would have marked her out as an attention seeker. She has just been an ordinary woman of Ireland who married a man she loved.

Look back on the RTE player of the moment where she shaves her head. The full range of human emotion crosses her face. Fear, embarrassment, determination, mortification, pride, terror, but mainly self determination. It’s a trait we have all seen in the wonderful women of this country.

As a rule, the women of Ireland don’t need a road map ahead of them, they don’t need to look to their peers to find out how to deal with circumstances, they are born with an internal sense of the ‘right thing to do’.

To me, Majella became an extraordinary woman on that fateful Friday night. She didn’t consult publicity agents, she didn’t have spin doctors telling her this would be good for her image. She was just a frightened woman facing cancer down and eyeballing it in the public domain to show the many women of Ireland that it can be done.

There is not a house, not a family, not a townland, that hasn’t been touched, hasn’t had the cold grey hand of this ever present killer slip its icy fingers around our throats and hearts and drag us to the graveyard.

The stats are simple; 1 in 3 get cancer. Yes 1 in 3. Look at the people sitting around you. Are there three people? Which of you will it be? That’s how prevelant cancer is.

But that’s the real point of what Majella did. She showed us all we can fight. This is a woman who could afford to be wrapped in cotton wool and receive the best treatment in the world far away from the prying eyes of the press. She could have dealt with this in quiet private dignity, but she chose not to.

Her motivation is simple. She just wouldn’t know how else to demonstrate the fact that she wants to fight this, that she won’t lie down under this, and that she wants us all to fight with her. You see there is safety in numbers.

That was what Majella was telling us. Each one of us may feel alone the day we receive that terrible news that we or a member of our family has cancer. But we are not alone. We are in this together.

What Majella did by shearing her locks in public in front of millions of people was the same as taking two bold rebellious fingers and sticking them up at this grey beast stalking our lands.

She took control of her situation, refused to be a victim and was defiant in the face of adversity. The powerful gesture of a woman shaving her locks is a little lost on us lads.

But at some level, every woman is defined by her femininity. Every woman needs to be womanly, to epitomise all the soft and feminine side of life through her hair, and clothes, and make up.

To viscerally shear all this away in the public glare and shout “I have Cancer and I’m going to fight it” is an act of such bravery, its resonance will last far longer and reach much further than any of us understand.

In any battle, there is a turning point. A time when the tide turns and the belaugured army sight an inspired hero leap the battlements and carry an army forward. I think we have, in the humble act of bravery by Majella, seen a brave captain whose example we can all follow.

You see, the most extraordinary thing about Majella, is just how ordinary she is. Because she is just like the women we all know and love in our lives. Strong dignified women who have always fought the odds and always know what they were fighting for, be it their family or their beliefs.

In the past, I have met many people whose lives have been touched by cancer. I have always felt saddened and quieted by these terrible circumstances. And I have always been amazed by the quiet determination with which these battles are waged.

The timeless sense of self imbedded in the hearts and minds of the women of Ireland has won many battles and it will win this one.