Resurrection in every sense in Leitrim 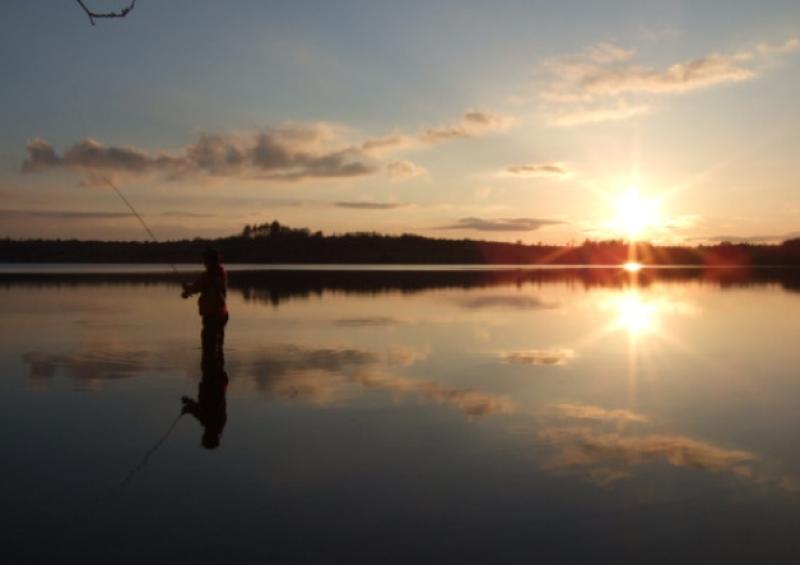 It wasn’t easy leaving for Dublin on Monday afternoon. I had just experienced one of those Leitrim weekends that you wished would go on forever.

It wasn’t easy leaving for Dublin on Monday afternoon. I had just experienced one of those Leitrim weekends that you wished would go on forever.

It started with a communal commute from the capital late on Thursday following the conclusion of a meeting in Croke Park. I had hoped the worst of the bank holiday weekend traffic would have abated but far from it. Instead I joined the legions of travellers making their way home to their friends and families down the N4.

There has always been an exodus from Dublin by country folk at the end of the week, but since the crash hit this has become even more evident. Unfortunately Dublin is really the only thriving city in the country in terms of employment across an array of industries and more and more people are being forced to call it their home. Don’t get me wrong, it’s a great city to live in, but we need more viable options than just hording all our young and gifted in one ever-growing metropolis. It’s obvious why it’s of detriment to our rural communities but it also detracts from our less populous urban centres such as Galway, Cork, Waterford,or Limerick.

Fortunately rural communities are resilient, and judging from my Leitrim experience at the weekend we have a lot to be optimistic about. We have on our hands a raw and hidden gem. On Thursday night I got home about 11.30pm and I visited my good friend Gareth Phelan in the cob (clay and straw) house he and his partner Ciara built themselves in Tawley. One of our old college buddies Ciaran McHale was visiting from his hometown New York, on a family trip with his 83-year-old mother who has spent a lifetime in the Big Apple and was making a trip from her native Lisselton in Kerry, all the way up to Mayo along the Wild Atlantic Way. Within ten minutes walking distance of Gareth’s place is The Tattie Hoker, purveyor of stupendous spuds and other delectable organic produce, and a few doors down is one of the only herbalists in Ireland that grows her own herbs on location.

The night was the clearest I had seen since months and the moon sat so low I thought it was in danger of running aground on the edge of Truskmore Mountain. I stood outside for 15 minutes just looking at it before taking to bed. The next morning I took a run to the old Barytes mine on top of the Sligo Leitrim mountain range and the day was so inviting I decided to just keep going. The reward was the run itself as the entirety of the Sligo, Leitrim and Donegal bay opened up in front of me from the edge of Ben Whiskin. The only company were the few souls I saw from the Holy Soles Hill Walking festival that was taking place in Manorhamilton over the weekend. What weather they got and what rave reviews they must have returned home with.

Following my descent, Gareth took a group of us on a riverbank walk along the Duff River, his new pedestrian commute to work. I hadn’t been along those banks since fishing with Declan Kelly at the age of 11 or 12 years-old and it proved both a stroll down memory lane and an experience renewed in a landscape now too often perceived as familiar. After Friday’s day of activity came a relative day of rest on Saturday to recharge the batteries.

Sunday was a big family day. Easter Sunday church was followed by the surprise celebration of the 65th wedding anniversary of my Auntie Violet with her husband Paddy Burns in the Pier Head Hotel Mullachmore. A celebration of another kind was to take place in Kinlough later that afternoon as old team mates and friends gathered to rekindle a few old football careers in the memorial match for Peter Feeley. Peter was a friend and known to many in the Tullaghan, Rossinver, Kinlough, Glenade, Manorhamilton areas, who was taken too young at the age of 37 years-old last year following a heart attack.

His former team mates from St. Dymphna’s in Luton – a club Peter had played during some of his years in London – provided the opposition for an amalgamation of Melvin Gaels players who had played alongside Peter at various stages of our lives stretching back into the innocent underage days of the 1980s. It was great fun and representatives from all the above parishes turned out in the resplendent sunshine to remember a true gentleman and raise some money to provide the local community with a new defibrillator.

All that was left was for the Regan clan to gather in the old graveyard in Kinlough to mark the 12th anniversary of the passing of our brother and son Gordon. The poems and readings selected by my sister Gillian heralded and celebrated the season of rebirth marked by Easter. Later, as the setting sun in the west cast its firery shadow on Arroo Mountain bringing with it the shepherd’s promise of more glorious weather to come, the hope brought by the notion of resurrection seemed more apt – and possible – than ever.