We have the best on our doorstep 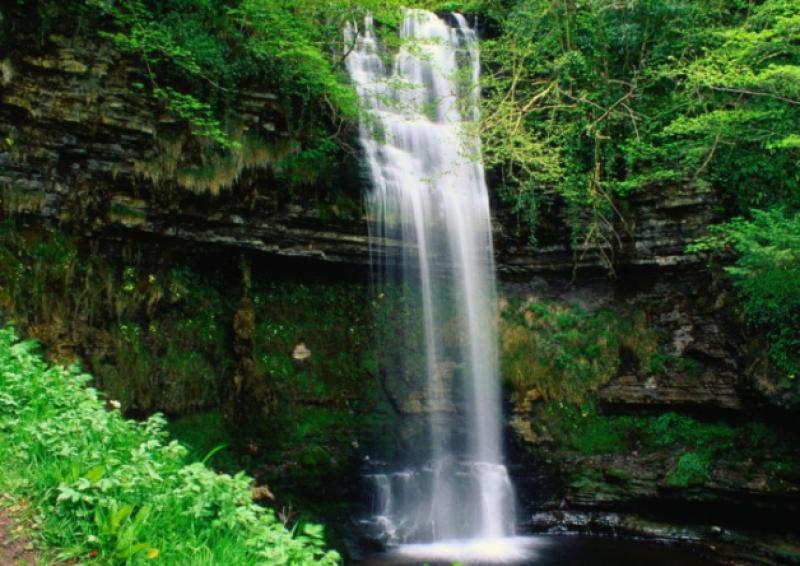 I’ve never been a big one for the sunshine, but taking a holiday in Ireland in November didn’t seem like the best idea even for me. But as ever, the wisdom of my better half prevailed, and we took a few days out at the start of the month to explore this little Ireland of ours.

I’ve never been a big one for the sunshine, but taking a holiday in Ireland in November didn’t seem like the best idea even for me. But as ever, the wisdom of my better half prevailed, and we took a few days out at the start of the month to explore this little Ireland of ours.

After a brief stay in the capital, which mainly amazed me for being like some totally different country to the one we live in, we took to the roads of the country for a little explore.

And before I take you down the meandering journey we took around Ireland, I have to mention our booming little capital. And it is booming.

Walking through the busy shopping streets that were littered with people with shopping bags, business people intensely talking into phones and lazy dinners sipping wine and salad at lunch time, it felt more like a European city on the Med than dreary old Dublin.

There is a real buzz in Dublin now, from areas like the Canal Dock with the glass and steel architectural epitaphs to the Celtic Tiger proudly shining in the weak winter light to the crowded shopping areas of Grafton St, where people are tripping over each other to get in to Brown Thomas and buy a winter coat for 500 euro.

And that sense of confidence and affluence is beginning to seep out of the capital city much like a hard pressed home owner buying a three bed semi in Kildare because they can’t afford anywhere closer to the city. We who live beyond the pale may be annoyed about a two tier Ireland, we may feel aggrieved that prosperity abounds in one corner of our county while we still export our youth to Australia and Canada, but the truth is that I’d rather have young ones from Leitrim having to go to Dublin to work than the other side of the world.

The growth that is coming back to Ireland is not the same kind of growth as came before. The one thing our little journey around Ireland has told me about the country is that Dublin is growing real and sustainable jobs, the rest of the country is going to have to grow through tourism. Simple as that.

I know a lot of people will give out to me for saying that and tell me we can have hi tech jobs anywhere we want, and of course we can, but they don’t want to set up Google in Aughacashel or Facebook in Drumshanbo. We’d be as well accepting the fact and start really concentrating on what we can deliver and that’s tourism.

One of the places we headed off to after the capital was a place I had wanted to visit for a long time, Harvey’s Point outside Donegal Town. For years, the hotel has grown and developed organically and become synonymous with quality and excellent food and hospitality and luxury accommodation.

But the vision for Harveys came from not an Irish man, but a Swiss gentleman who came here and saw what an amazing offering was available on the shores of Lough Eske.

The story has it that he discovered the location for his lakeside retreat at the foot of the Bluestack mountains when his dog ‘Harvey’ went swimming in the lake just off the point. A legend and a luxury resort was born. It says a lot about us that we could sit for hundreds of years looking at somewhere as scenic as Lough Eske and have to wait for a Swiss man and his dog to come along before we truly appreciate it.

Nearby, the Solis group of luxury hotels have opened up the five star Lough Eske Castle Hotel. And guess what? This refurbished ancestral home of the O’Donnell clan was bought by the man who had started the Ritz Carlton Group, another European. It seems these lads have a knack for coming to our country and seeing the untapped tourism potential.

From there, we went north and to the famous Giant’s Causeway in County Antrim. Now talk about overselling an asset. By God, those boys in the north have milked the bejaysus out of that and when all is said and done, you are really talking about a bunch of funny looking stones the size of an astro pitch.

We could learn a bit about selling what we have on offer from those lads. I mean, you do realize that this is an internationally recognized ‘must see’ attraction in Ireland and even in this shoulder season, we had to wait to tread across the little field of rocks.

Slightly underwhelmed by the not so Giant Causeway, we thought we would try our hand crossing that famous Carrick-A-Rede Rope bridge that we see on all the ads. Now I mean, that took the biscuit. The indoor swimming pool in Aura Leisure Centre in Carrick on Shannon is five metres longer than that bridge is. And again we had to queue in the cool winter breeze for the privilege to walk across it for twenty minutes going over and a further twenty minutes coming back.

My emotions were torn between seeing how well these humble assets had been marketed and sold and anger that we in Leitrim seem to be falling short in putting our best foot forward.

Even poor old Belfast, which is not the most attractive city and is far from the cultured metropolitan capital that Dublin has become, is still booming and bristling with shopping bags.

We got a little closer to home after that . We went from Belfast to that hidden gem on the Leitrim-Cavan border that is Blacklion. Now poor old Blacklion had about as much going against it as you could possibly throw at a small meaningless wee village on the border.

Blacklion right on the border, is actually in Cavan, but it’s hard to tell. It is a village that seems to be neither in Sligo, nor Leitrim, nor Fermanagh and is barely in Cavan.

But one man, with one vision, has put Blacklion firmly on the map. Yes, Nevin Maguire. The little man from the wee village has made a big impact.

If you had presented a bank manager with a business plan to open one of Ireland’s most renowned restaurants in such a quiet little corner of the border lands, you’d have had a rejection stamp branded on you before you could open your mouth. But Nevin has done it. He has created a restaurant which employs fifty five people, that has a waiting list of months, and has put the town on the culinary map so much that other restaurants and guest houses have opened up.

Is there a lesson for us to learn here? Aside of course from either annexing Blacklion into Leitrim or kidnapping Nevin; yes, I think there is a lesson to learn and that is that if we can build great things in our county, people will come to them.

The final trip on the agenda was a Sunday morning cycle from Drumshanbo to Drumboylan onto Leitrim Village, Kilclare, Drumcong and back to Drumshanbo - 28km in total. Since the turn of the year, I have enjoyed many a cycle around our county and country. From Ballina to Belmullet with KK, The An Post cycle tours of Meath and Sligo and last Sunday The Stonepark Warrior Cycle in Cloonloo in aid of STOP Suicide to mention a few, and one thing I have learned? By Jaysus, the Leitrim scenery from the saddle is hard bet.

And now for some good news for our own county. I am reliably informed that one of Leitrim’s sons has taken the Greenway model over in Mayo and intends to implement it across Lovely Leitrim.

No lesser man than Padraig White of Kinlough, the man who started the IDA and who as a result is personally responsible for hundreds of millions of euro of foreign direct investment into the country, is getting behind the Leitrim project.

So mark my words, the hidden gems of Lovely Leitrim that I have got to really appreciate and admire from the saddle during 2014 are soon to be opened up and brought front and centre for the world to enjoy, and it might just be the best thing we ever did in our little county.